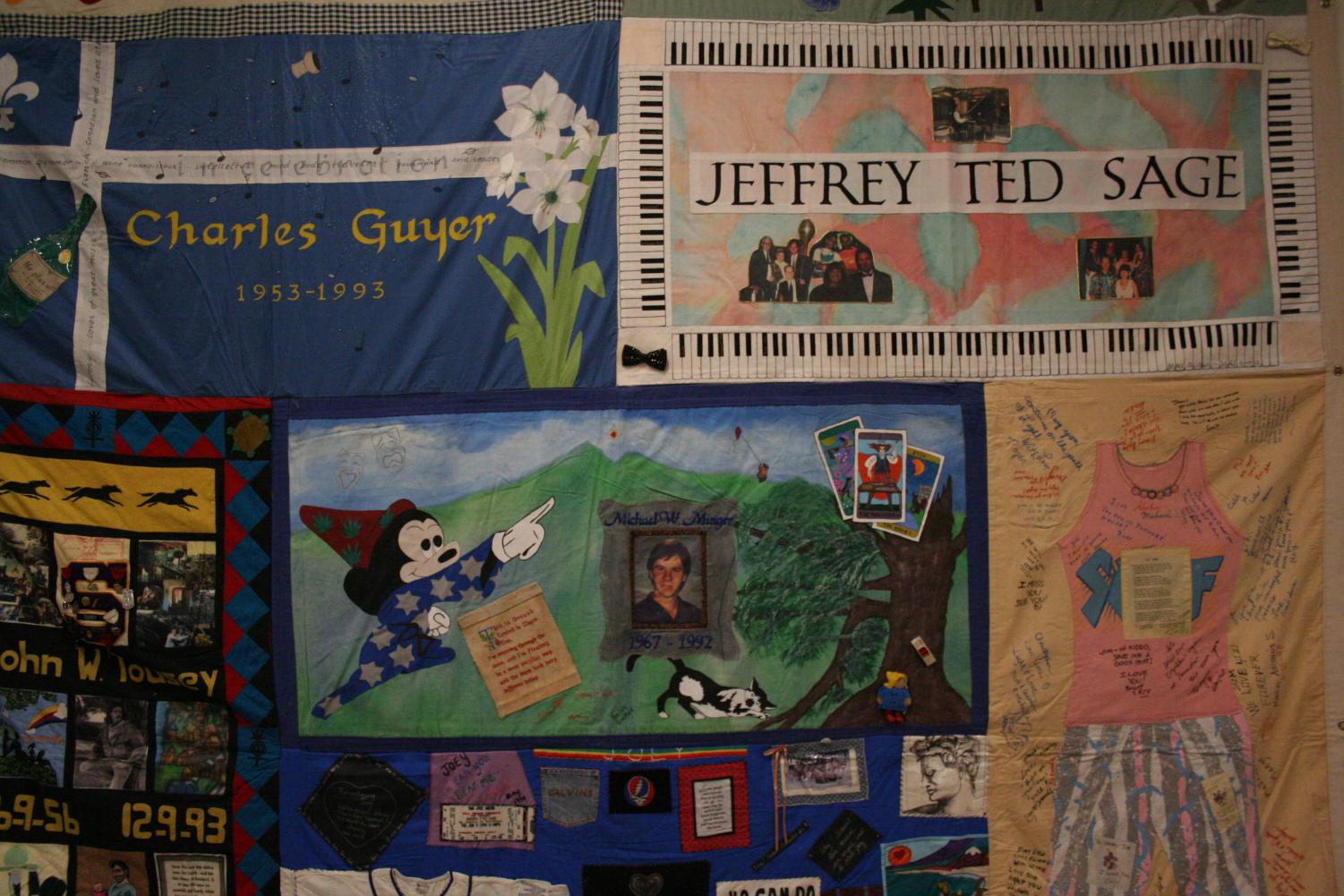 Wednesday, 4 Dec. AIDs quilt at the Skyline’s library, the quilt symbolizes the hope and resilience for those lost. (Calixto Reyes)

Wednesday, 4 Dec. AIDs quilt at the Skyline’s library, the quilt symbolizes the hope and resilience for those lost.

Stigma Ends With Me

1 in 7 people nationwide who had HIV didn’t know they were infected.

People for the past three decades have observed Annual World AIDS day to raise awareness regarding HIV. It was first reported in 1981, when World Health Organization (WHO) dedicated a day solely to raise awareness for HIV. According to the Joint United Nations Program at the end of 2018, 37.9 million people worldwide were living with HIV.

On Tuesday, Dec. 3, The Learning Commons hosted an Event with Chris Hollingshead alongside a panel of 10 people, but No-one showed up. They weren’t comfortable with sharing their stories with everyone.

“It was initially intended to be a panel discussion that I had arranged, to have panelists, and unfortunately, all 10 of them had been knocked out due to the fact that they weren’t comfortable sharing their personal stories of living with HIV and that really and that really calls for open, honest dialogue about the disease and living with it,” said Hollingshead

HIV (human immunodeficiency virus) is a virus that attacks cells that help the body fight infection, making a person more vulnerable to other infections and diseases. If left untreated, HIV can lead to the disease AIDS (acquired immunodeficiency syndrome) AIDS is the late stage of HIV infection that occurs when the body’s immune system is badly damaged because of the virus.

The only way to know for sure if you have HIV is to get tested. Testing is relatively simple. You can ask your health care provider for an HIV test. Many medical clinics, substance abuse programs, community health centers, and hospitals offer them too. You can also buy a home testing kit at a pharmacy or online.

You can only get HIV by coming into direct contact with certain body fluids from a person with HIV who has a detectable viral load. These fluids are:

For transmission to occur, the HIV in these fluids must get into the bloodstream of an HIV-negative person through a mucous membrane (found in the rectum, vagina, mouth, or tip of the penis); open cuts or sores; or by direct injection.

Chris Hollingshead also talked about the myths related to HIV:

A.) Claim: HIV is always fatal.

False: with treatment, HIV is a manageable condition.

B.) Claim: HIV is only transmitted via sexual intercourse.

False: HIV is a blood-borne pathogen meaning that intercourse, intravenous drug use, childbirth, etc, can lead to infection.

C.) Claim: HIV is the result of personal irresponsibility, a character flaw, or moral fault that deserves to be punished.

False: This line of thinking perpetuates the false belief that those living with HIV are bad people. Nothing could be further from the truth.