Cholos & Narcos: The Life of Violence & Only Way You See a Latino in Hollywood

In Hollywood the Latino community has been represented in two archetypes: the Cholo and the Narco. One thing they both have in common is a world of violence. It seems that the only way you could see Latinos on the bigger stage is if they only come from life of crime, violence, and drugs.

For those who cannot relate to those stories, what do they watch? A college student whose family comes from another country, who still worked hard, but never once made the decision to choose a life of crime out there — but their story is never told.

The start of this could be attributed to one of the biggest musical films of all time: “West Side Story”. The love story of a Puerto Rican gang member and a Puerto Rican woman could be considered the first representation of Latinos in Hollywood, but it served as a template of how Latinos are seen to this day.

Fast forward to 1993 — the film “Blood In Blood Out”, which is about gang members in Los Angeles, is released. Unlike that of “West Side Story”, its screenwriter, Jimmy Santiago Baca, comes from a Chicano background, and loosely based his story of off real life gangs.

More recently, Netflix has created a show called “On My Block”, in which the main character finds himself in a crossroads, having to choose between a gang lifestyle or being kicked out of his home. Although a large portion of the Latino community can see themselves in this, the complete opposite can be the case. Someone with immigrant parents who was brought up with such a unique culture might have never had the choice to choose between being a member of a gang or being homeless. Many members of the Latino community can relate to the food, the language, the music, and much more that draws them in when they are finally represented on the big screen. But when they are represented, there just happens to be drugs and violence involved, never other real-life problems.

For more than a decade, people have believed that the biggest danger that comes from Mexico is drugs. This is in part due to the never-ending story of Joaquín “El Chapo” Guzmán, and Hollywood has not feared in capitalizing upon this horrific real story that originates from Mexico. This, unfortunately, has created a new archetype for Hollywood: the Narco character. Whether it is a single episode of “Law and Order”, the film “Sicario”, or the Netflix original series “Narcos” it seems that cartel members have become the default villain for anything in film or television having to do with Mexico.

The right representation is out there — It’s just that actually finding it can be hard. People might only see the bad and the ugly in Hollywood, but there are people changing things. Starting with directors — Guillermo del Toro has become a horror movie icon, his most recent film, “The Shape of Water”, having won Best Picture at the 2018 Oscars. Alejandro González Iñárritu is another example — he has gone from making amazing hits in his home country of Mexico to winning back-to-back Oscars for Best Director. The stories that these directors have told fall under a variety of genres, proving that they don’t need to rely on stereotypes to represent Latinos.

With the popularity of Netflix in Latin America, it has focused on making more shows that are for Latinos and by Latinos. Yes, there is “Narcos”, but, hidden deep in Netflix’s catalog, shows that tell new stories never before seen outside of Latin America can be found.

In 2015, Netflix’s first original Spanish program premiered “Club de Cuervos”, which is about sibling rivalry between a brother and a sister as they try to take control of their father’s soccer club. And since then, more and more Latino-centered shows have come to Netflix, including “Always a Witch”, from Colombia, and “Elite” and “Money Heist”, from Spain. Bringing our attention back to Mexico, Netflix has signed a deal with Mexican director Manolo Caro, who will create unique films and shows no one has ever seen. Freeform has also spoken to an other topic that is pressing in today’s world — immigration. In January, the reboot of the 1994 series “Party of Five” was released, bringing to the screen the point of view of five kids whose parents have recently been deported back to Mexico. Notable Colombian director Rodrigo García, who’s also seen success in the U.S, acts as an executive producer.

The world of violence should not be the only thing Latinos are associated with. There are real-life stories taking place in the world, and being seen as someone who’s only choice was a life of violence and drugs is not right. A lot of communities face similar struggles, but be they African American, Asian, or Latino, the real stories are out there. Hollywood just has to show them. 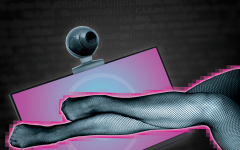 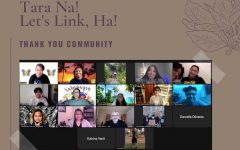 KLC lauded for successful string of events; Statewide Fil-Grad to be commenced 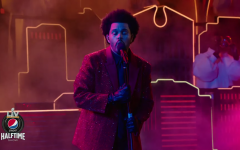 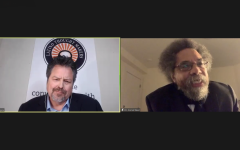 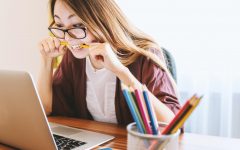 Investing as a College student