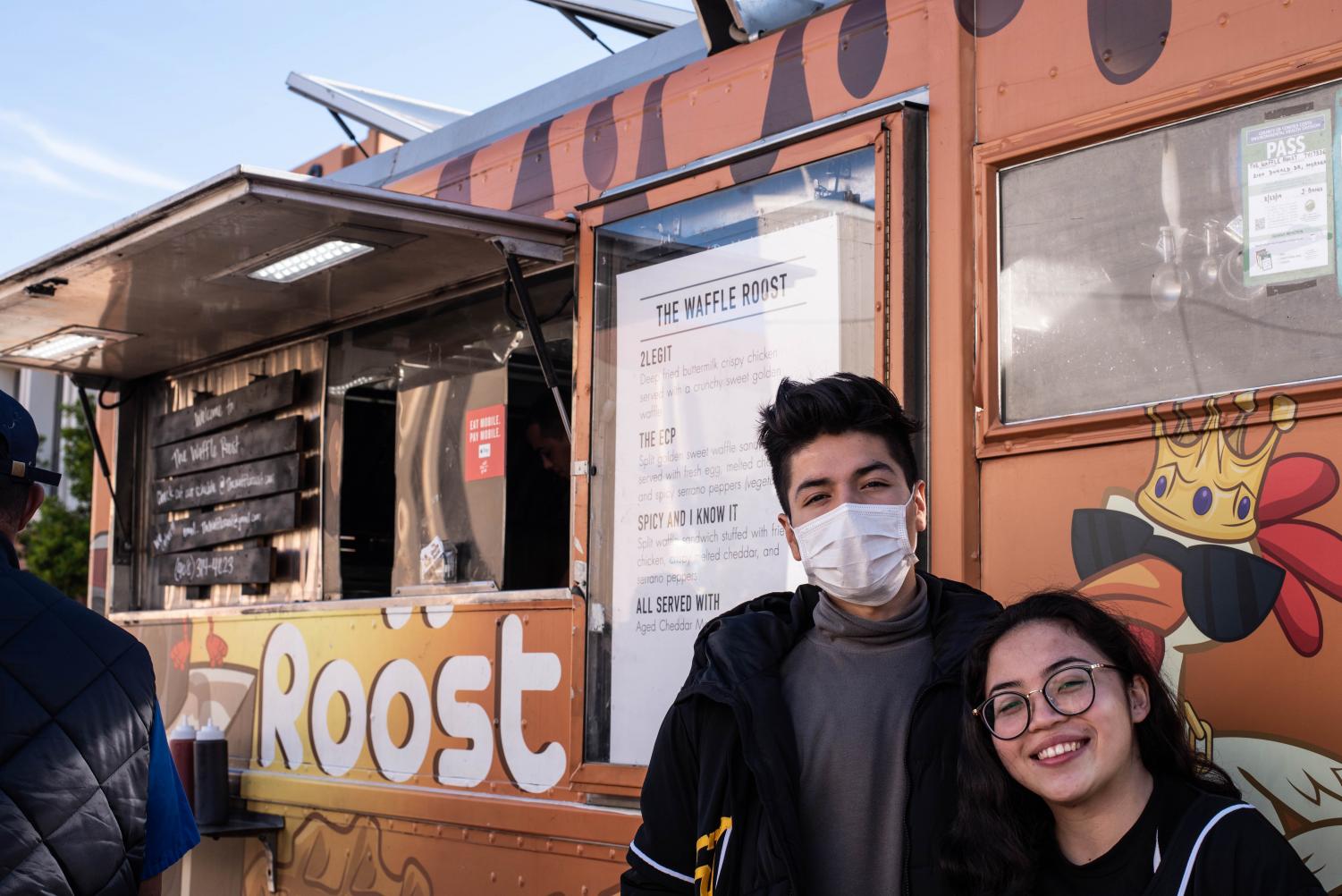 Originally planned for Nov. 4, Skyline College finally holds the 50th anniversary barbecue event after it was pushed back by a month for undisclosed reasons.
It was “party like 1969!” when Skyline College held the 50th anniversary barbecue event on Tuesday, Dec. 3 from 11 a.m. to 1 p.m., and there were food trucks and prizes for students to win during the event.

The 50th anniversary barbecue event was originally going to be held on Monday, Nov. 4, but for undisclosed reasons, it was pushed back to Dec. 3.

Even before the event started, there were already students lining up to get tickets for the food — which was reserved for the first 500 people who went to the ticket booth in the Fireside Room in building six. After those 500 people got tickets for the food trucks, the rest who waited in line were turned away, and the Associated Students of Skyline College’s Student Government President Alejandro Guzmán explained that that was the case as the event came to a close.

“We had to kindly reject,” Associated Students of Skyline College’s Student Government President Alejandro Guzmán said. “It was first come, first serve for the first 500 people. That was made clear in the flyer. We had to make sure students understood that.”

The tickets were given to the first 500 people to request them at the entrance of the Fireside Lounge in building six, as students made their way into the building.

Skyline College’s Communications Manager Connor Fitzpatrick said that the food trucks were a way to celebrate the culture and the history of Skyline College over the past five decades.

“We got all the food trucks to celebrate our 50th anniversary barbecue,” Fitzpatrick said. “It was a really amazing way for us to celebrate this awesome part of our history and allow us to give some free food to students around campus.”

Students who were lucky enough to go to the barbecue event got the opportunity to win prizes from Skyline College and 99.7 NOW — a Bay Area radio station that plays current hits.

“We had prize tables inside with wheels and questions,” Skyline College student Serena Ogilvie said. “99.7 NOW, the radio station, came in and had people sign up to win tickets to POPTOPIA 2019.”

However, there were expectations that were left unmet at the event due to one of the food trucks suffering a gas leak as it was leaving.

“When one of the food trucks was leaving, they had a little accident at the bottom of the truck,” Fitzpatrick said. “Some of the fryer leaked, so we’ll just have to do some minor cleanup on that. But there was no risk to any of the students or anything like that.”

The barbecue event was part of Skyline College’s 50th anniversary celebration that has been taking place through the fall semester. For example, back on Nov. 15, the “A Legacy of Achievement Gala Fundraiser” was held at the recently-opened Environmental Science Building (building 12), which opened on Sept. 24 as part of the celebratory events. An exhibit was held in building one on Oct. 28, and the Retiree’s Luncheon was held on Oct. 16 in building 12.