Looking back on 100 days of President Joe Biden 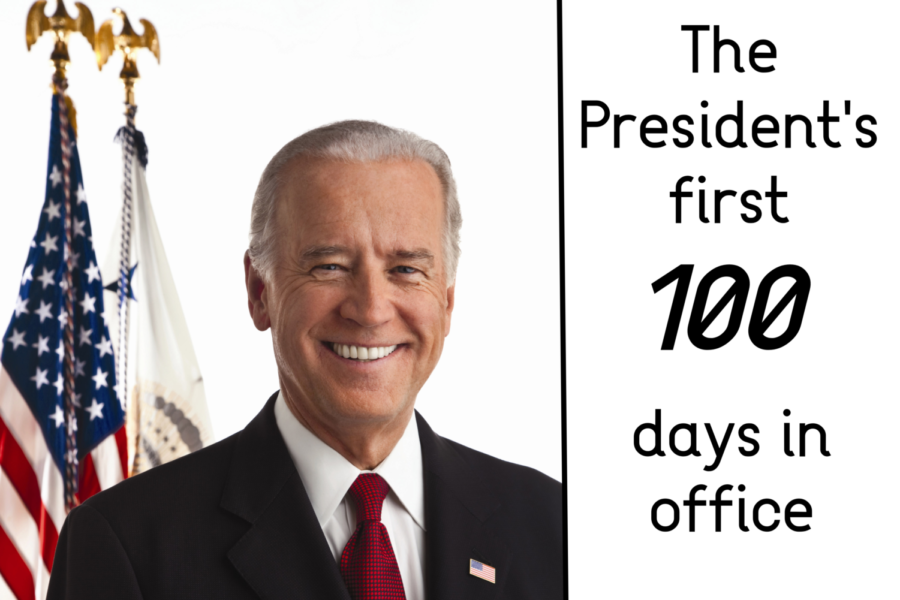 It's been 100 days since Joe Biden has been inaugurated as the 46th president of the US.

We are 100 days in — It’s time to check in on the Biden presidency.

What started as a loud roar quickly turned to a quiet murmur. This was in part due to the failed impeachment trial of former President Trump, and in part due to the Democrats not being prepared for total control of Congress after having won the Georgia runoffs.

Biden has historically been slow when it’s come to getting his cabinet appointments approved. The appointments themselves have highlighted four things: zero Republican involvement, a mix of progressives and centrists, an acceptance of corporate influence, and a promise to ensure the most diverse cabinet in US history being kept.

Biden has faced similar problems when it’s come to legislation, complicating Biden’s attempts to paint himself as the modern FDR. In reality, Biden is a watered-down, diet FDR. In FDR’s first 100 days, he had passed 15 major pieces of legislation, while Biden had passed only one.

Biden indeed followed through on his promise to pass major COVID-19 relief legislation, the American Rescue Plan. While the plan received broad public support and was a major success for the Biden administration, it revealed harsh realities going forward.

Not one Senate Republican voted for it. Biden campaigned on unity, and his ability to bring Republicans to the table, but the truth is that they don’t actually want to come to the table. This razor-thin margin has given outsized influence to the two most conservative Democrats in the Senate, Joe Manchin and Kyrsten Sinema. The two have already worked to derail the more progressive aspects of Biden’s agenda.

This has caused there to be resentment among the progressive base of the party. Biden has, at this point, bowed down to Manchin and kicked important progressive priorities like a $15 minimum wage, erasing $50,000 in student loan debt, and killing the filibuster.

When it comes to immigration, Biden has found himself in even deeper trouble. 53% of Americans disapprove of Biden’s handling of the southern border crisis, while only 37% approve. Biden has developed a reputation as being too liberal for the conservatives and too conservative for the liberals.

In terms of forign policy, Biden consistently made the wrong moves, until he suddenly made the best one. Biden’s first two months in office highlighted a broken promise. Biden will not get us back into the Iran Deal. He had the opportunity, and purposefully chose not to take it. Additionally, he has launched missiles into Syria, and reaffirmed a commitment to keep the American embassy in Jerusalem.

But Biden shocked virtually everyone when he announced an end to the Afghan War. If he follows through on this, it may end up being the defining moment of his tenure.

All that being said, Biden’s greatest success during his first 100 days has undoubtedly been the vaccine rollout. After a year without federal leadership and a botched COVID-19 response, Biden declared he would set the nation on course by having 100 million vaccines administered in 100 days, by day 100 over 220 million vaccines were administered nationwide. According to the CDC: 237,360,493 vaccines have been administered in 101 days. Whether he purposefully set a goal that he knew he could blow out of the water or he genuinely outdid himself, this can be viewed as nothing less than a resounding success.

Biden’s first 100 days have been more progressive than many expected, but have remained tethered to the 40-year reign of neoliberal ideology. Biden is not FDR, but he sure isn’t Trump.