The Lost Basketball Season at Skyline

With all the uncertainty the team had to deal with, academics was getting them through all the questions. Next year they look to bounce back with a motivated squad. 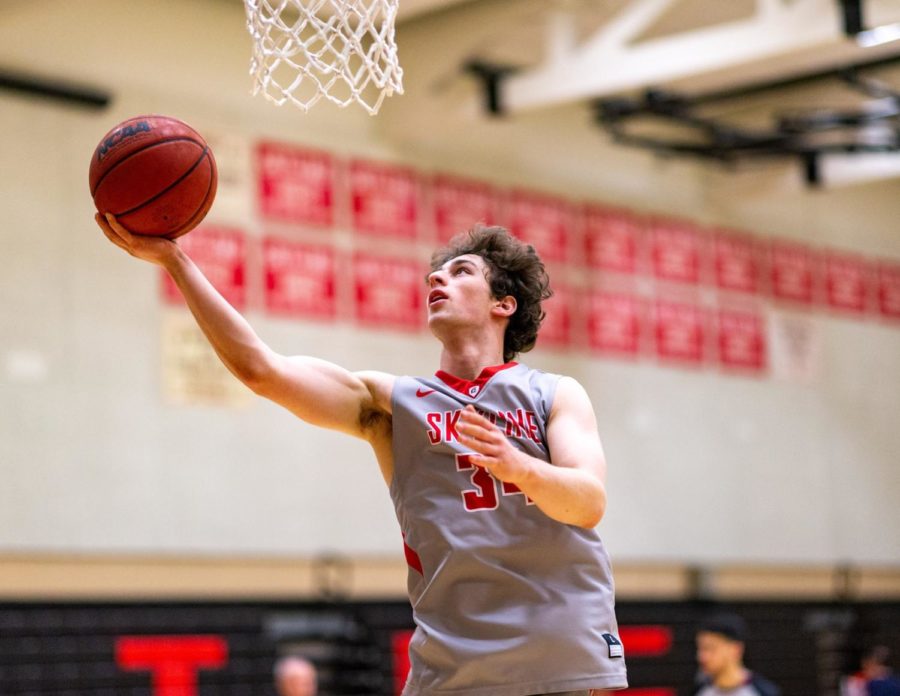 Avak going up for a layup

This has been a lost season for the Skyline Basketball team, as there will not be an official league year — only a couple of scrimmages to happen in May, assuming everything goes well.

There have been many questions over the past couple of months concerning whether or not there will be an official season, yet with all the interactions and practices the team has had outdoors, they have learned to cherish all of it. Every team meeting, practice, and get-together is great because these guys get to step out and spend quality time with each other. The players have been really anxious to see the results play out in their favor, but have been trying to stay focused on academics.

“I just make sure I get my work done for sure, and get my work in for basketball,” said second-year guard David Avak. “Both must be done, but only one is affected by the uncertainty regarding the season. The uncertainty just makes me anxious. I am more calm now because I’m sort of realizing it is more about the destination than the journey.”

The freshmen entering the program have been learning how to deal with not experiencing an official season, while also making sure to keep sharpening their skills no matter the circumstances.

“I just do my best to reiterate what my coach has told them to do whenever I see them not doing it correctly,” Avak said. “I try to do that in a supportive way, but also in a serious way, so that they know to correct it.”

The second-year players have been guiding the freshmen through drills and how to keep the right mindset through all the uncertainties.

“Everyone is still practicing and going hard every day even though we do not know if we will have a season,” said freshman Julius Alcantara. “They helped me tremendously to ease into the program by helping me with drills I have never experienced and have brought me in with open arms.”

Alcantara explained how his academics have been keeping him focused and have prevented him from being caught up too much in the uncertainties of the season. He believes that this time off has allowed him to excel off the court.

“Instead of just waiting around wondering if there will be a season, I started to focus more on my academics,” he said. “School keeps me busy during the free time I have off the court. I want to do the best I can in both basketball and academics and strive for a 4.0. I know that doing both sounds hard, but I want to push myself to be successful in whatever I do.”

These student-athletes have done a great job of staying composed mentally and physically, and it all starts with the head coach, Justin Piergrossi. He still has his team in the right state of mind to get better every day and to enjoy everything that they do together.

“Coach P has played a huge role in keeping our spirits up even though there will not be an official season,” said freshman Dominic Wilson. “I am in his class so I can see him as a teacher and not just a coach.”

Wilson talked about how the season being canceled has weighed on him, and how he has adjusted his mindset to accommodate working even harder.

“Once we found out that there was no chance of a season, I was disappointed, but at the same time, I looked at it as an opportunity to just get better and make the most out of the situation,” he said.

School has been a main focal point for these student athletes as they proceed with their online classes. Having one of the top performances, with a 3.76 GPA last semester, they rank as having some of the top scores for a team in the history of California community college athletics. The discipline of these young guys off the court results in great results for the school and thus a great reputation.

“In the first semester, my academics really helped the process, because I felt like I was maintaining a good schedule and getting things done,” Wilson said. “This semester it has definitely gotten more tough, but I still think it plays a big role.”