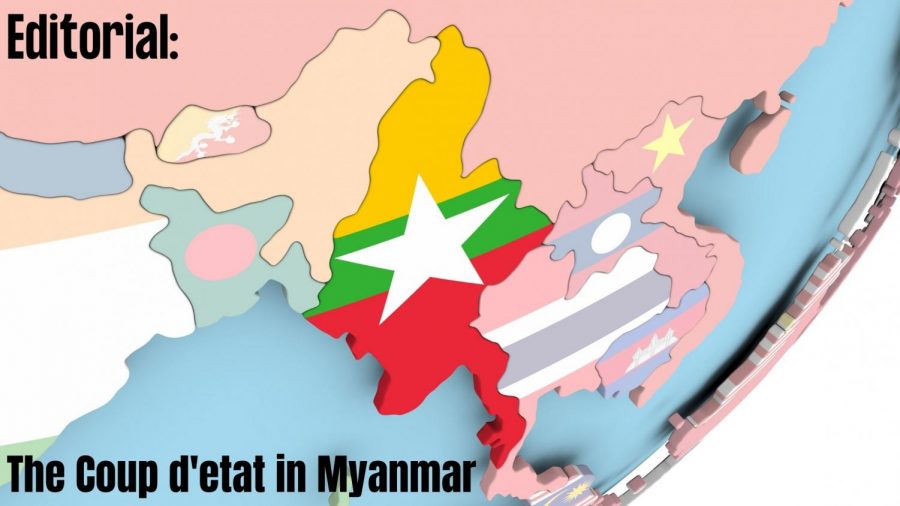 We watch the news at home in the United States. We see all of the bad with the country, with an ongoing pandemic raging through and still causing deaths just under a year later, as well as snowstorms plaguing the East Coast, and countless other issues.

However, there are more problems abroad — and those which this article will address are the ones in the country of Myanmar, also referred to as Burma.

This is a piece of news that is not discussed as often as the situation warrants, which is having a significant impact abroad, and it has even come to affect Skyline College.

Before we discuss the way in which it has come to affect the college, let us first discuss what exactly is happening in Myanmar more broadly. According to an article from the New York Times, on Nov. 8, 2020, a parliamentary election was held in the country. After all the votes were counted, it was concluded that the National League for Democracy (NLD), a party run by Aung San Suu Kyi, had won 83% of the seats.

According to an article from the BBC, Burmese military forces opposed the results from this election, claiming fraud.

This led to control of the country being handed over to the commander in chief, Min Aung Hlaing, and the arrest of the elected leader and numerous members of her party.

“The military on Monday detained the leaders of the governing NLD party and Myanmar’s civilian leadership … along with cabinet ministers, the chief ministers of several regions, opposition politicians, writers, and activists,” the New York Times article reads.

To begin to narrow in on how the situation is affecting us locally, let’s start with how the US is reacting to this coup. Our president, Joe Biden released a statement on The White House Briefing Room website on Feb. 1.

“The military’s seizure of power in Burma, the detention of Aung San Suu Kyi and other civilian officials, and the declaration of a national state of emergency are a direct assault on the country’s transition to democracy and the rule of law,” the statement reads. “In a democracy, force should never seek to overrule the will of the people or attempt to erase the outcome of a credible election.”

In response to the events, the Biden administration imposed sanctions on Myanmar. In another article from the New York Times by writer David E Sanger, it was reported that Biden will “prevent the generals who engineered a coup in Myanmar from gaining access to $1 billion in funds their government keeps in the United States, and said he would announce additional actions against the military leaders and their families.”
Further localizing our focus, let’s look at what colleges are doing in response to the coup, which should set an example for what Skyline should be doing.

UCLA sets one of those examples, and this was described in an article from The Daily Bruin. According to the article, the college will give financial aid to students who were affected by what has taken place in Myanmar.

“Many Burmese students at UCLA are unable to access bank accounts in Myanmar or contact their family members back home because of the military coup,” the article reads. “Myanmar’s military arrested the country’s civilian leaders, shut down telecommunication networks and imposed a curfew for the local population.”

It is interesting to note the point about telecommunication networks being down in the county of Myanmar, because the same problem is happening to Burmese students at Skyline as well. In email communication with Skyline professor Rosemary Bell, she said that she hasn’t been able to get in contact with a Burmese student of hers so far.

Indiana University is also setting a great example. In their college paper, the Indiana Daily Student, reporter Avraham Forrest reported that the students of the college are increasing their advocacy, citing their junior president of the student organization for people from Myanmar.

This is a great example of advocacy, something Skyline College seems to not be not doing on this front. There needs to be a lot more support for Burmese students, as either they or their families are suffering through this. Whether it be monetary support, similar to what UCLA is doing, or advocacy through an organization, and raising money for necessary resources, like what Indiana is doing. The point is that we need to do better — Doing nothing and being silent is not helping.