A petition to recall Governor Gavin Newsom gains steam amid the COVID-19 pandemic. 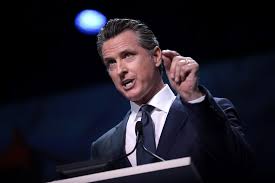 California's Governor is facing a possible recall effort, the first in the state since 2003.

The California election season may be far from over, with the impending March 17th deadline to verify over 1.4 million signatures to recall Governor Gavin Newsom. The petition spearheaded by California Republicans to recall Newsom has gained steam due to COVID-19.

Since 1911, the California constitution has given voters the chance to have a recall election if at least 12 percent of voters from the previous gubernatorial election provide verified signatures for the cause. In order to force this recall election, voters will need to gather 1,495,709 valid signatures. As of February 21st, at least one million verifiable signatures have been counted.

“We need to realize, first of all, recalls happen a lot in California. The last six governors that have served as California’s governors have had recall petitions against them,” said Bridgette M’Guinness, adjunct professor of political science at Cañada College. “We have a very populist, progressive, people-powered orientation. So it is not at all uncommon.”

The 2003 recall election was largely based around a single issue, a costly energy deal “that was amplified through media campaigns successfully,” M’Guinness said.

When Davis ran as a Democrat in 1998, he won by only 5 percent. In comparison, Newsom won by over 23 percent in 2018. The Republican-backed recall efforts will need a significantly larger portion of Democrats to flip on their incumbent governor for the petition to be successful.

The petition Governor Newsom faces was filed in 2020 on February 21st, weeks before any official action had been taken against the pandemic. However, the recall petition did gain momentum with people who were “dissatisfied with stay at home orders and mask requirements and business shutdowns,” M’Guinness said.

This was further amplified by Newsom’s controversial in-person dinner at a high-end restaurant while normal Californians were under stay-at-home orders, mask mandates, and business shutdowns.

“Although Gavin Newsom can and should be held accountable for going into the French Laundry and having an unmasked, very expensive, face-to-face dinner when he told all of the rest of us to abide by the rules he was breaking, I don’t think that’s enough,” M’Guinness said. “I think because we are all suffering under the pandemic and there is a real appearance and a belief that Gavin Newsom is really doing his best that I think he will survive.”