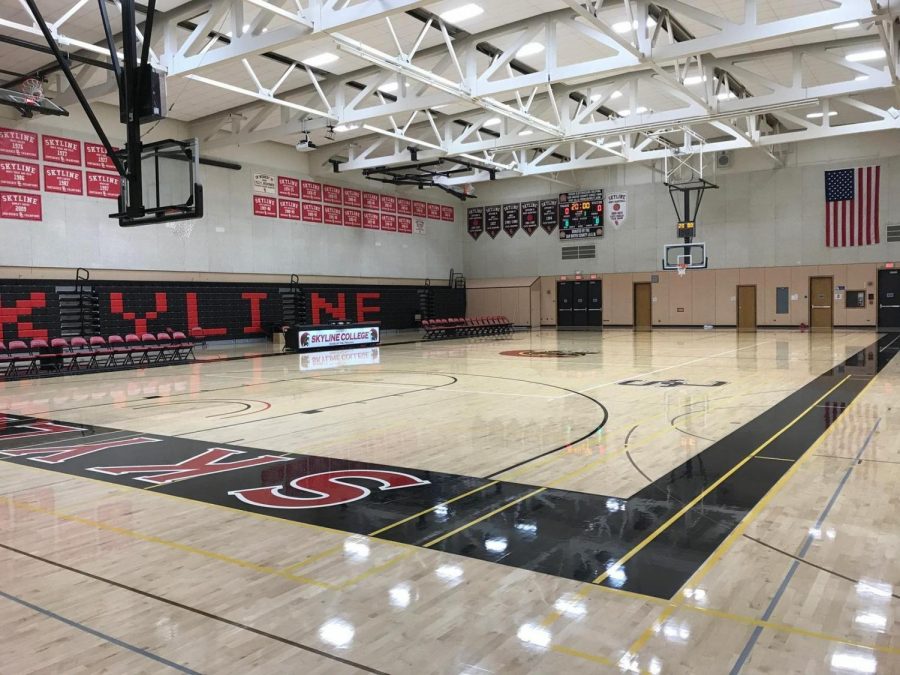 March 13 2020 was when the whole world came to a stop. COVID-19 more or less put life on pause for everyone, especially when it came to the world of sports.

We saw many leagues postponing games without knowing when they would start back up again. College basketball playoffs were around the corner when the lockdown began. The NCAA were not expecting to have any more games for the rest of the season. All college playoffs were ultimately not played due to the coronavirus. This led to many meetings in the summer for Skyline Athletic Director, Joe Morello, to try and figure out what they can do this season.

“This year, there is not going to be anything close to a normal season — A handful of scrimmages can happen over the next six weeks,” said Skyline Athletic Director Joe Morello. “I have been encouraged by the students — They understand what we are up against.”

California has provided two different schedules for competition. Spring 1 is one of the given schedules, and it is from Jan.19 to April 17. This would have been the start of the basketball season. Most of the schools in the district have elected to opt into a season, if there would be one.

Players have to be tested and get results in a 48-hour window to be able to play. Social distancing will be practiced while traveling to games, such as having only four people per van.

Morello praised the head coach of Skyline’s men’s basketball, Justin Piergrossi, saying that he has done his best to get these guys time with each other that they have not had in over a year.

Justin Piergrossi talked about the meetings with other coaches and how the confidence level is looking to try and get games in during this semester.

“It has definitely been a roller coaster ride throughout the fall semester and through spring,” Piergrossi said. “There are numerous meetings going on — They have started to heat up to try and get to the estimated start date.”

Skyline indoor sports have not been cleared to practice inside yet by the district. If they are cleared to start going inside and having practices, it will be done with great caution, just like the small outdoor drills these sports’ players have been doing have been.

“We feel confident that we can have important and efficient practices while being very safe and socially distant,” Piergrossi said. “One thing we have always told our guys is that everything is optional, if they are not 100% safe with anything going on, they should not come.”

The players have been told to always stay positive and to keep working through this time. Piergrossi also remarked that this year has been the greatest academic year for the basketball team in a long time.

“Super proud of our guys — Obviously this is a really challenging time, and we had one of the top academic performances in the history of California JC History, with an average of a 3.76 GPA,” Piergrossi said. “These guys kept pushing me to push forward, and this is all for them. We are trying to get a schedule for these guys to play.”

The postponement of the season has taken its toll on everyone, and Piergrossi noted that it has been hard on him as well, because he wants to be out there coaching these guys.

“I can feel the air come out of the balloon when I have to break bad news to them,” he said. “I allow them to see that I am getting deflated as well, with the situation.”

Players have been affected by the pattern of postponements, and they are eager to get back to a regular schedule.

Getting basketball hoops for outdoor training was seen as a significant step forward.

“Coach Piergrossi has adjusted great,” Avak said. “He and Coach Harris have had to become really creative with how they were going to get us better without a gym, and I think they are doing well.”

Avak also mentioned that Piergrossi has helped the team by telling them to look at the brighter side of things, and to be grateful for what they have.

“He reminds us to enjoy the extra time with our family, most guys do not seem upset and always come in with a lot of enthusiasm and energy,” Avak said.

There will be several meetings being held within the next couple of weeks to determine if the season will start.