The Earth is under the weather: ‘Tenki No Ko’ 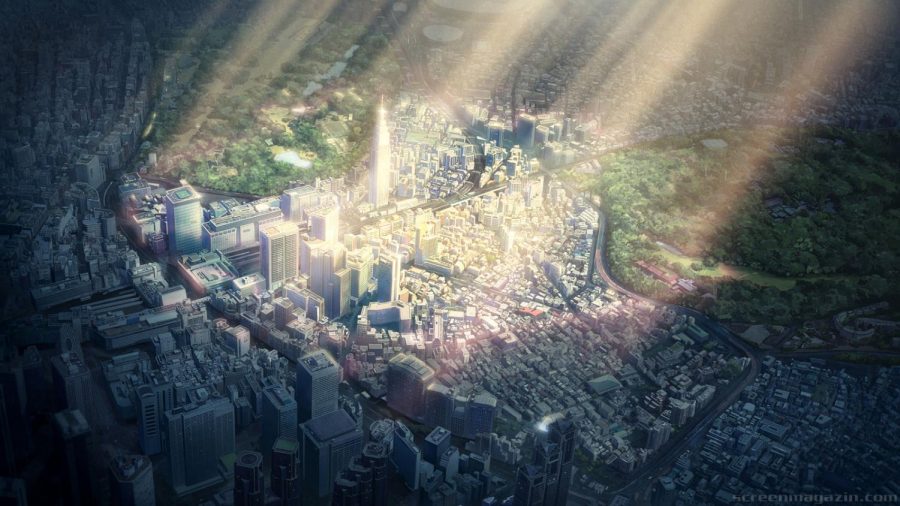 “Messing with nature always has a cost.”

Following the success of the phenomenal animated film “Your Name” (Kimi no Na wa), Japanese director and filmmaker, Makoto Shinkai, spoils fans with his latest picture “Weathering With You” (Tenki no Ko). A whimsical animated fantasy film the center of which is a runaway boy who braves starting a new life in Tokyo and happens to encounter a modest young girl with the ability to change weather upon praying. That summer, marketing his newfound friend’s power, the two profoundly disrupt the order of the weather system, ultimately causing Tokyo to sink underwater.

Shinkai’s newest animation brings three critical elements to the foreground: 1) the film evinces Japan’s culturally enriched myths that is tied with Shintoism – their worship of ancestors and nature entities in the forms of gods and goddesses; 2) Shinkai invokes creative thinking by exemplifying magical realism; and 3) the film calls action for global warming and climate change.

On its first fan preview screening night on Jan. 15, the movie was followed by an exclusive interview during which Shinkai himself admitted that he used natural calamities to remind viewers the drastic and fast-changing pace of our environment. The animated film provides a speck of reality, of what’s to expect with the constant rise of Earth’s temperature.

In an interview conducted by The Hollywood News, Shinkai revealed that he utilized the film to make his countrymen more aware of the natural phenomena, especially since there has been frequent downpour, and disasters caused by rain in Japan lately.

“My instinct is that Japan isn’t as aware of what’s going on with climate change as you are here in the UK or in Europe. Despite all of the disasters we are seeing, I think we are less environmentally aware. That’s my feeling,” said Shinkai.

In light of the recent catastrophes that have occurred since the start of the decade – the eruption of Taal Volcano that spewed ashes across different regions in the Philippines, the wildfires that burned the green lands of Australia, the 6.4 magnitude earthquake that trembled the soil of Puerto Rico – many are left wondering: Is this the end?

Environmentalist and matinée idol, Leonardo DiCaprio, played a vital role in the 2016 documentary film “Before the Flood”, in which he traveled to different parts of the world to meet professionals and activists to discuss the damage resulting from human activities that contributes to climate change, and to ponder what possible adjustments in humanity’s consumerism and lifestyle can mitigate the progress of global warming.

On his trip to Baffin Island, which lies in the northern parts of Canada, it was revealed to him how the polar ice caps melted by up to 30 feet in a span of five years – a contributor to the continuous rise to the sea levels.

Despite the multitude of scholarly activities done by scientists and researchers in publishing substantial, downright hefty studies regarding climate change, it was revealed in the film that media, politicians, and business tycoons vilify advocates and supporters of the environmental cause, thus contaminating the minds of the people with disinformation, ignorance, and apathy, insisting that there is no such thing as climate change.

The clock is ticking for our planet, as nature presents an ultimatum that will impact the future of mankind. According to the United Nations, humanity has less than 11 years to avert the irreversible destruction of the Earth’s biodiversity – a mission entrusted to the Earth’s “most intelligent” species.

In contemporary times, the challenge for filmmakers is to offer not only entertainment through the aesthetics of visual effects and motion graphics, but to also produce a compelling narrative that is critical, and relevant to the times.

Like journalism, filmmaking is a medium for storytelling. Whether it is a documentary or fantasy, it still conveys a narrative; it champions a message.