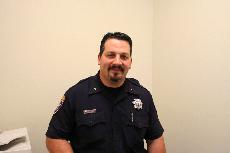 On Monday, May 18, Officer Brian Tupper started his first day as the new Chief of Public Safety for Skyline College.

The Board of Trustees voted to create the San Mateo Community College Department of Public Safety, which brings the Public safety offices of all three colleges into one department.

The consolidation allows district-wide rules and regulations to be set, provides better procedures across all three colleges, and gives the ability to better distribute manpower where it is needed.

“The district is consolidating to provide better, more consistent coverage across the whole district, and target staffing where it’s most needed at a given moment,” said Victoria Morrow, president of Skyline College.

With the consolidation, if a major event were scheduled to be happening at one of the colleges, security officers could be shifted to that campus for the day to help increase the security coverage of the event without making it more expensive.

One of the new plans at the district level is to make sure that the Public Safety staff of each college gets training at all three colleges, so that if they are ever needed on a different campus they are familiar with the staff and facilities.

The changes in the Public Safety departments will not be immediate – in fact, many students will not even notice the change.

“[The change] is invisible in that it’s not advertised,” said Tupper. “Each department is still unique. To the students it should seem no different than if it were never centralized.”

For the immediate future, both Tupper and Celeste, are focusing mostly on trying to integrate themselves into their new positions and get everything working up to speed.

“This is a new concept for the district, so we’re working through a lot of challenges right now,” Celeste said. “The main thing we’re focusing on right now is streamlining the new department.”

While Celeste is doing his best with a foreign situation, Tupper has an advantage in that he was a Public Safety Officer at Skyline college previously, albeit seven years ago.

However, he feels that this still gives him an advantage – although changes have been made to the campus and the staff, there are many things that have remained the same, and being familiar with a good number of the staff and the majority of the campus gives him a leg up on someone who would be totally new.

“There are a lot of little things, like the building numbers, that you would have to be preoccupied with having to memorize,” Tupper said. “For me they’re already second nature.”

Once everything is streamlined and ready to go, there are plans for changing the way the officers are trained and even the procedures that they follow.

In the short term, Celeste is trying to put together a policy and procedures manual for all the security officers. There’s a big push to get everyone on the same page and following the same rules.

In the long term, one of the things in the working is making the officers around campus more accessible.

“There will be a new vision and expectation of all officers,” Celeste said. “There will be a better presence of officers around campus – I want to teach them how to be a part of the community and be approachable. Community policing is the big issue right now. I want the officers to get out of the cars and into the community and into the campus. The students should know who the officers are.”

For now, however, the fact that the end of the semester is coming up, in addition to the lower enrollment of the summer semester, allows everyone to ease into their new roles for when the fall semester starts up again.

As far as Morrow is concerned, the changes are going to work out well, and she is confident in everyone’s new position.

“I think [Tupper] is going to be a terrific Public Safety Chief for Skyline,” Morrow said.