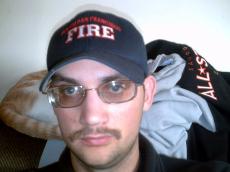 On March 8 Skyline student Jason Glines, 22, was arrested on suspicion of seven felony counts of arson by the Redwood City Police Department.

Since January, Glines had allegedly been starting fires in the peninsula and calling 911 to come and put out the small fires, which had been lit in items like waste baskets, dumpsters, and cardboard.

He was arrested after calling in two fires in the same day, when the detective on the scene found that Glines had the same kind of matches that were used to start the fire.

According to Chief Criminal Deputy Stephen M. Wagstaffe, Glines said in questioning that watching fire acts as a stress reliever, and that he has dreamed about fire.

Glines pleaded not guilty to the seven counts of arson.

Currently Glines is still in custody pending his $70,000 bail. His preliminary hearing is on April 13.