Smoking restricted to parking lots as of fall 2009 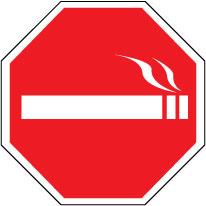 Smoking will be restricted to parking lots only beginning in the fall of 2009 according to the decision reached in the Oct. 22 College Council meeting.

After lengthy discussions and debates, the members of the College Council finally pulled together and made a decision about the smoking issue that they felt would benefit the Skyline campus and students.

“The decision was based upon the difficulty of separating smokers and non-smokers due to the compact nature of our campus,” Skyline College President Victoria Morrow said. “We have tried out a policy of designated smoking areas on the campus for the past couple of years and learned that we really do not have appropriate locations.”

ASSC was the last hold out on passing the decision to restrict smoking to the parking lots. Mauricio Flores-Hernandez, ASSC president, was worried about how the decision would affect his constituents who smoke.

In the end, the College Council decided that the smoking issue was a public health issue and not a rights issue. According to Morrow, using designated smoking areas still put people in the path of catching the drift of second-hand smoke.

According to the minutes of the College Council meeting from Aug. 27, Morrow said that the wind goes through the parking lot in a way that it does not in the rest of the campus and that there is more space there for people to move around, therefore making it the ideal place for smoking to be restricted to. Last semester, Professor Ray Hernandez conducted surveys on the controversial issue of smoking. In his data he found that students either supported designated smoking areas or banning smoking altogether on campus. This data helped the College Council reach their decision in the end and helped with the sophistication of dialogue about the issue.

Between now and fall of 2009 the College Council will be working on the issue of how to enforce this new policy so that when the implementation date comes around, the students of Skyline are ready for it.

“I expect that with good public information about the policy and good signage that the policy will quickly become a matter of routine, as it is in so many public places these days,” Morrow said.

The majority of students on campus feel that the decision to restrict smoking to parking lots is a little drastic.

Alex Corral, 19, who is not a smoker, feels that the decision is unnecessary, harsh and inconvenient to Skyline’s smokers. If someone wants to enjoy a cigarette in between classes the new smoking policy makes it nearly impossible.

“The smoking areas don’t bother me because they are segregated enough so that the smoke doesn’t drift too much,” Corral said.

According to Corral, the new policy seems useless because smokers will continue to smoke wherever they want and whenever they want.

Mario Reynolds, 20, who is a smoker, thinks that the decision to ban smoking “ain’t cool.”

Reynolds feels that it isn’t fair that he is going to have to walk all the way out to the parking lots just to smoke. He feels that the decision to restrict smoking was influenced in part by students who were smoking drugs on campus.