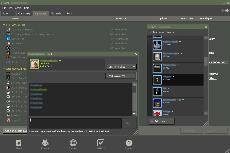 Many gamers can agree that buying newly released games can be more of a hassle than it should be, considering that we live in an era of instant communication and unlimited information that each of us can access from our homes. And despite this, in order to buy many games, you have to actually drive to a store (or get someone to drive you, for those of us not graced with a motor vehicle), hope they have a copy in stock, pick it up, pay an inflated price plus tax, then drive home and wait for it to install.

However, this is looking to change, and soon. Developer/publishers like Valve and Stardock have dedicated resources to create a new standard for how we purchase and play games – and all signs point to them achieving their goal.

Most gamers will recognize the name Valve as the producer of the bar-shattering Half-Life and Half-Life 2 series, as well as many other wildly renowned games such as Portal and Team Fortress 2. With these games, as well as their tendency to create a multitude of free additional content for their games well after release, Valve is well known as one of the best video game developers/publishers today.

What Valve has done is, rather than making the games they develop only available via physical copies, they have created a program called Steam which allows users to purchase games online, organize them into one convenient tab, and even allow you to add friends you’ve met playing games to a messenger service that shows you what everyone is playing and makes it easy to join in.

There is an online store built right into Steam that lets you purchase not only all of Valve’s games, but a multitude of games from other publishers that arranged for their games to be available through Steam as well. When you buy a game though Steam, it is tied into your Steam account permanently (unlike many other forms of online purchasing, which give you a certain amount of time or even a limited number of times to download the game you bought – or both), and you can download it as many times as you like on any computer that’s logged into your Steam account. Even better, the games are often cheaper than you’d find them in the store, since the middleman is being cut out and it’s coming straight from the developer – plus no physical copy means no shipping and handling, no manufacturing costs, and no tax.

The game organizing is pretty straightforward. Any game you purchase through Steam is automatically added one collapsible window instead of cluttering your desktop. Further, you can also add any game (or any program, for that matter) to the list so that it’s all complied into one place. You can also put games that you like better at the top of the list as one of your Favorites so that they’re easier to find when you want to play. And when you launch a game through Steam, it updates your messenger status to show that you’re in-game so you can chat wile you play.

The messenger service is a nice touch to Steam – the program already organizes games, so why not allow people to add friends that they’ve met in online games to a messaging program so that they can not only chat, but see what games they’re playing and even join in?

But as is the nature of competition, Valve cannot be the only one to offer such a service. Someone else was bound to take a bite out of this apple sooner or later, and that’s exactly what Stardock has done with their program called Impulse – but it’s in a good way.

The name Stardock will probably ring a few bells among the same gamers that recognize Valve, for many of the same reasons. Stardock is regarded is one of the few publishers left that actually cares about its customers, avoiding hated tactics such as digital rights management software on the games and even in some cases such things as requiring a CD or DVD to be in the drive before you can play your game.

Stardock’s Impulse bears many similarities to Steam, providing a way to purchase games online, organize them into convenient groups, and stay in touch with your friends via a built-in messenger.

However, while Stardock doesn’t yet offer the wide array of games that Steam does, it trumps Steam in terms of the program’s flexibility. Whereas Steam only allows a user to download games through their service, Stardock has made deals with several software publishers (being a software developer in addition to a game developer) to make their products available through Impulse. So far, many of Corel’s products are available, already making Impulse a much more versatile program. In addition, the interface itself can be tweaked to an extent – you can make custom-named tabs to organize things wherever you want. And while the lineup of games may not be as extensive as Steam’s, the games are all different, so you won’t just be getting more of the same.

The nice thing, however, is that there’s no need to pick one or the other. Both programs are free, and making an account takes less than five minutes, so there’s no reason not to get the best of both worlds. My only gripe would be that the messenger services aren’t compatible, so your Steam friends are separate from your Impulse friends. However, this is a small price to pay for such an incredibly useful service, and I’m hoping that more developers will start following the patch Valve and Stardock have blazed for a new generation of gaming.