The mother of all bailouts 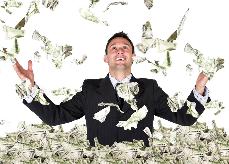 Chances are, most people have heard about the radical plan to spend $700 billion in taxpayer money to try and save the floundering economy. Of course, there is good reason for it – with housing markets on a steady decline and many big businesses threatening to go under, it only seems natural that someone should step in and do something about it. But is it worth it?

The bill that was passed into law already plans the spending of $700 billion to buy up bad loans, failing mortgages, and the like. In short, the government is handing over good money for bad business, hoping that the companies they’re buying from can use the money to get themselves back on their feet.

But the wording is intentionally loose, meaning that the Treasury Secretary has room to be flexible. It also means that there is less restriction on what limits there are to this new-found power, and it means that there are fewer guidelines for how they use it.

For example, while it is intended that the government will be buying up bad stocks, there doesn’t seem to be any precedent set within the document that they must pay any specific price for the stock, or even the market price. It’d be nice to think that the government will be nice about it and pay full market price or more, but there’s a good chance any assets that are bought would be bought in a reverse auction, where the sellers are competing to sell for the lowest price instead of the highest.

Of course, there’s a bad side to it either way. Every penny they spend is coming out of taxpayers’ pockets. Spending less will mean that we save money, but the companies they’re buying from could get left out to dry. On the other hand, spending more will assuredly save the companies they’re so keen on saving, but it means that it costs more for us to back a plan many of us may not even agree with.

Further, such a policy actually promotes a lack of responsibility. Theoretically, a company could do as badly as they wanted, suck up all the profits, and then count on the government to bail them out of bankruptcy, ‘in the interest of the economy.’

And what if the government itself is contributing to this downward spiral? The initial $700 billion alone the government plans to spend will raise the national debt ceiling to over $11 trillion. That’s a staggering number. If I saved every penny I ever made from now until the day I died I still wouldn’t have anything even remotely close to $11 trillion.

But the government keeps spending and spending – money for the war, money to stabilize the economy – and it’s money they don’t have. This leaves the federal budget even tighter than usual, and there’s a good chance that this could cause budget slashes across the board. If they’re not careful, this could develop into exactly the same sort of pattern that ended in the stock market crash of 1929.

Despite all the horrible things I’ve said about this plan, I happen to think that while it might not be a good idea, it’s the best idea available to us right now. Far from whimsically creating a law that could do more harm than good, I think the government is being careful.

The trend of buying on credit and being in debt has damaged the economy, and this could be exactly what is needed to fix it – or at the very least, stop it from declining further. The cost of such a move is high no matter which way you look at it, but if the economy is allowed to continue declining the cost will be even greater.