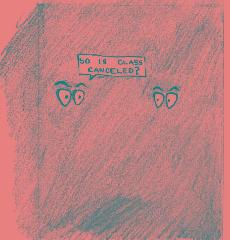 At approximately 6:30 p.m. Monday night Skyline’s campus was evacuated and locked down due to a power outage.According to Michael Celeste, the Chief of Security, the power outage was caused by a fallen overhead line in the vicinity of Sneath Lane substation. Skyline’s campus and 4,056 households in the area lost power when the line went down.However at the time of the power outage PG&E officials did not know what caused the outage nor how long the power would be off for.”Due to this uncertainty, we evacuated the campus at 7:00 p.m. to ensure the safety of our students, faculty and staff,” said Eloisa Briones, Skyline’s director of business services.No injuries or technical difficulties were reported with the power outage. According to Celeste, power outages like this are very rare and this was the first major outage of the school year.The power remained off for almost two hours from 6:30 to 8:15 p.m. Students who take night classes were the main people affected by the outage. Stephanie Lum, a 19-year-old student, was in her Spanish 111 class at the time of the outage. The campus was put on lockdown and her teacher was instructed to keep the class in the room until officials issued an evacuation. Since the outage occurred at night, administrators thought it would be best to get everyone off campus because it was dark outside. However, some students were not concerned by the outage.”It was nice to have class canceled because our quiz got postponed until next week,” Lum said..