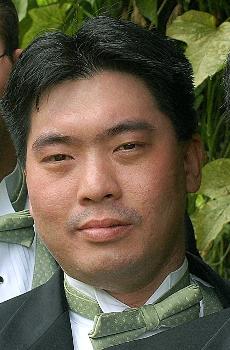 A former graduate of Skyline College died of a heart attack near his home in Roseville on Oct. 16.

Paulo Fuh, 42, was playing a game of racquetball with his friends and co-workers at approximately 7:20 p.m. near the apartment complex he was residing in, when he suddenly collapsed to the ground. He could not be revived after several attempts, and it was later revealed that he suffered from a heart attack.

“Paulo was a great uncle to my two children and was always there for my family,” said Fuh’s brother-in-law, Branden Johnson, through an e-mail interview. “He helped his friends selflessly and always gave of himself to others. My family will miss him very much.”

Fuh was born on December 27, 1963 in Sao Paulo, Brazil. He came over to the United States with his parents at a very young age, attending Lafayette Elementary School in San Francisco through grades three to five. Thereafter, as an honor roll student, he attended nearby Presidio Middle School and moved on to Lowell High School. In 1997, Fuh attended Skyline, where he majored in Graphic Design, as well as in Computer and Information Science. Here, he was a member of both The Skyline View and the Phi Theta Kappa Academic Honor Society. Fuh then graduated from Skyline with an AA Degree in Graphic Design and had a cumulative GPA of 3.98. He soon took all of his awards and accolades to UC San Diego, where he graduated in 2003 with a Bachelor’s Degree in Computer Science.

Most recently, Fuh was working for the Old Republic Title Company as a computer programmer.

“Everyone agrees that Paulo was someone that people could count on,” said Johnson. “A great friend who was willing to help anyone, a terrific uncle who was proud of his niece and nephew, and who loved photography, graphic arts and computers. His family and friends will miss him terribly.”