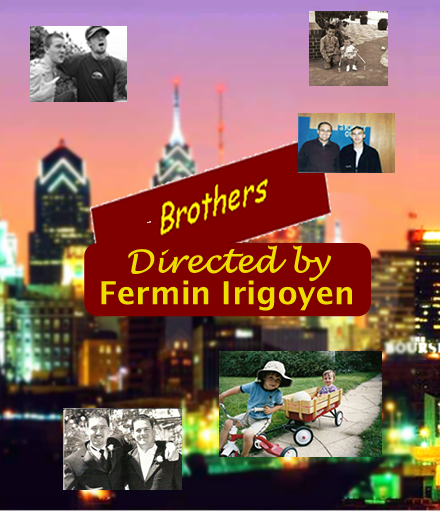 Fermin Irigoyen, professor of speech communication, is the executive producer and director behind the documentary “Brothers.” It will be showcased on Weds. Sept. 27 from 1-3 p.m. in Skyline’s main theater.

The documentary will highlight the special bond that brothers share, and is much less media targeted as other relationships have been. There are 10 participants in the documentary, including Irigoyen’s brother and two nephews. Irigoyen’s brother, Bernard, was the inspiration behind the documentary but no action in regard to making the film was made until after the birth of his second nephew, Eben. Irigoyen and his brother are five and a half years apart, but he says they are very close.

“There are certain things in life I’ve always wanted to do, making a documentary was one of them.” Irigoyen said. “One thing I wanted to do was lend a voice for brothers.”

Irigoyen found participants from a couple different places. He put out a listing on Craig’s List but had unfavorable results.

“I wasn’t finding what I was looking for,” Irigoyen said. “Most of the brothers were 12 and 13 with stage mothers.”

Irigoyen did find one set of brothers on Craig’s List, Dusty and Tanner, who are in their 30s.

Another set of brothers who are in the film are former Skyline students of Irigoyen’s.

Irigoyen said it was nice to see other perspectives of brothers. Some of the brothers he interviewed for the documentary used to argue and fight or disagree, which was quite different from the experience he had with his own brother.

The documentary was shown for the participants about two weeks after they were finished. The audience included all the brothers featured in the documentary and people involved in the making of it, like the editing team. Irigoyen was more nervous about this audience’s reaction than any other audience that would view the documentary.

“Going through it we gained a certain bond, a certain trust,” Irigoyen said. “I didn’t want to break that bond. The reaction to it was very positive. I was able to look at the audience the entire time they were watching it. I didn’t have to look at the screen to know what was going on.”

Irigoyen isn’t nervous about the screening at Skyline and says he is really interested in seeing what the community thinks about his work.

This is Irigoyen’s first documentary and he took classes at New York University to prepare for making it.

“The crazy thing is [at NYU] we’d make maybe five minute videos, this documentary is 52 minutes,” Irigoyen said. “We had approximately 24 hours of raw footage.”

When making the documentary, Irigoyen noticed that travel was something a lot of the brothers had in common. A lot of the siblings shared experiences of traveling with their brother where they built a stronger bond and still share memories about that time.

Irigoyen wants everyone to check out his film for the simply because it’s just a nice escape from other kinds of entertainment.

“Give it a shot, take a look,” Irigoyen said. “It’s not controversial, no one dies, it’s just nice.”