(July 5) Once more, with feeling 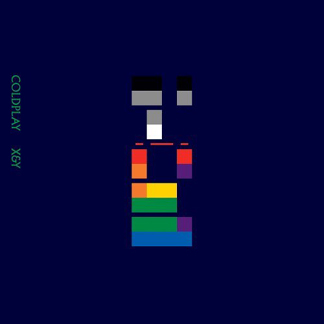 CD Fast Facts:Artist: ColdplayAlbum: “X&Y”Highlights: “Square One,” “Low,” “Swallowed in the Sea”Rating: 72 out of 100 Three years is a long time if you’ve only been around for five or six. Granted, Coldplay’s latest baker’s dozen songs were only supposed to take two and a half years to record after the release of 2002’s overwhelmingly successful “A Rush of Blood to the Head,” but that success had made Coldplay the boss and they would take as long as they needed to get “X&Y” right.

So, five years after Coldplay’s “Parachutes” floated to the top of the charts in 2000 with its fresh, unique sound and three years after “Rush” upped the ante by simultaneously satisfying and challenging listeners with its less conventional tactics and striking originality, the new set of songs is set to launch Coldplay to even greater heights. If only they weren’t swimming in such a large puddle of sap.

Vocalist, pianist, writer, and overall maestro Chris Martin is known for avoiding questions about his private life, so no one really expects him to readily admit that marrying a Hollywood princess and bringing a baby daughter into the world has had the most emotional influence on his recent songwriting. On the other hand, it would be too easy to dismiss Coldplay’s “X&Y” as simply overly emotional. Melodramatic it is, but, thankfully, there is enough substance in the sap to keep the album from sinking completely into an insipid quagmire.

Perhaps one reason the album has substance is that so much of it is borrowed from substantial sources. The U2 influence is especially apparent, starting right from “Square One,” the almost-too-apt opening track. From the introductory electronic waves to guitarist Jonny Buckland’s immaculately simple riffs to the lonely acoustic guitar that finishes the song, the track feels like a whole album in itself. You may find yourself on the edge of your seat wondering how they can possibly follow up such an amazing four minutes and 47 seconds of music.

Well, how about some slow-dancing?

“What If” ambles out of gate number two and immediately sets the pace somewhere between “plodding” and “swooning.” Even the overly epic orchestral choruses won’t be able to lift the song out of its inevitable destiny-a slot on every romantic comedy soundtrack for the next two or three years.

And so goes the emotional rollercoaster that is “X&Y.”

Track three, “White Shadows” recovers a driving beat and a melody line that sounds like, well, Coldplay. It segues much too easily into the tender “Fix You,” which features a three-minute build up to a big bridge that you can see coming from miles away as Martin croons about (what else?) fixing you. Thankfully, the larger-than-life gospel choir feel of the vocals during the climactic section actually hooks you in (you can almost pump your fist to it) as you finally decide that listening to the rest of the album would be easier if you just give in to the sentimentalism of it all.

The thing that most separates “X&Y” from Coldplay’s past efforts is its familiar sound. “Talk” not only sounds more like U2 than half of U2’s last album, it also borrows its catchiest line from electronic music pioneers Kraftwerk. “The Hardest Part” sounds like Martin singing some classic REM tune. Unfortunately, “Speed of Sound,” currently getting a fair share of airplay, borrows from the only source Coldplay should never have plagiarized: themselves. Suffering from a terminal case of pop-single-itis, the song takes the chord progression from their last huge hit, “Clocks,” and tacks on a different chorus. “Clocks” eventually became the most overplayed song on the radio. Thanks to its recycled feel, “Speed of Sound” already is.

Just in time, though, the intensely more original “Low” raises the bar with its swirling guitars and powerful conclusion, and the perfectly paced “Swallowed in the Sea” serenades with one of the most memorable melodies in recent memory.

As the CD finally spins to a stop, it’s hard not to feel like you’ve just been gently massaged into submission rather than stimulated and inspired. Listeners find themselves faced with a choice. Should I be satisfied that a third set of beautiful songs that play with my emotions have sprung from the collective mind of one of the world’s most important bands? Or, should I be disappointed that my ears have been pacified with grandiose, predictable musings about life and love rather than challenged by more complex material like that found on Coldplay’s second album?

If you decide on the latter, and the soaring, sparkling soundscapes lose their power after a few listens, feel free to do something drastic in your frustration. Just blame it all upon a rush of blood to the head.