Band of the Week 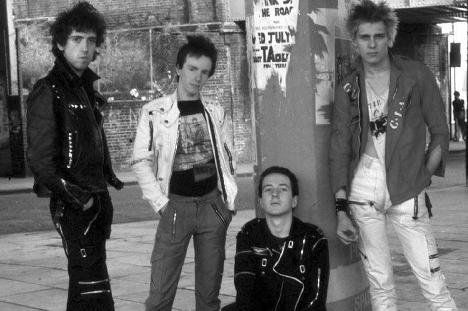 All right, we are taking it old-school with this Band of the Week because I feel that I have been neglecting some of the more classic artists that have inspired many of the bands that I have recommended to you. One of these bands is the Clash. The Clash influenced many rock acts such as Green Day, The Libertines, Rancid, and many more artists, which is why they are still such a vital band today.

Their melding of reggae, hip-hop, ska, jazz, blues, funk and a slew of other genres with a heavy dose of punk made them leaders and visionaries of the punk rock revolution of their time. They were unafraid to get political and voice their opinions in graceful, bold lyrics in songs like “Know Your Rights,” “Ghetto Defendant,” “Red Angel Dragnet,” and “London Calling.”

The Clash pushed the punk scene and made it full, taking punk from thrashing three-cord songs to powerful climactic rock masterpieces. Even though I find nothing wrong with thrashing three-cord songs, it is always important to have variety and many levels in a genre, and that is what the Clash had. They pushed the envelope of punk, seeming to say, “We can be more than angry, longing for change in a band. We can be musicians who work for that change. Just because we are punks doesn’t mean that we can not be proficient in our instruments.”

“Combat Rock” is my personal favorite Clash album and one my favorite albums of all time. The Clash’s lyrics flow and their beats get funky in songs like “Overpowered By Funk” and “Car Jamming.” The slow grind of “Straight to Hell” and the powerful punk sound of “Rock the Casbah” and “Should I Stay or Should I Go” show that the Clash know how to put together one hell of an album. Although all of The Clash’s albums have something to offer any listener, “Combat Rock” is a very good place to start.

So get out there and check out these granddaddies of punk. For all they have done for music, they deserve a listen and your respect.