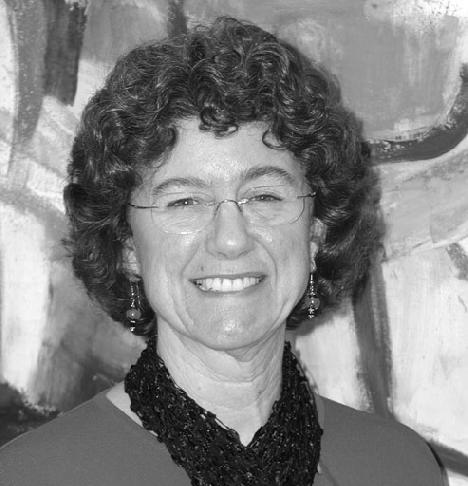 No doubt about it, Victoria Morrow loves her new job.

“It’s fun,” said Skyline’s new college president. A bright smile and cheerful tone illuminated her countenance as she spoke of settling into her position. “I’m really enjoying being here. It’s a great school-lots of enthusiastic staff and faculty. It’s just a kick. I love it here.”

Last March, when former President Frances White announced she was taking the position of president at College of Marin, the San Mateo County Community College District quickly searched to find her replacement. With College of San Mateo President Shirley Kelly filling in as Skyline’s president for most of the fall 2004 semester, the applicant field was narrowed down, and Morrow was chosen on Oct. 18. She officially took office Dec. 1 and is looking forward to getting more and more familiar with her new duties.

Taking a quick look at Morrow’s educational career, it is not hard to understand why she is considered to be, as SMCCCD board of trustees President Karen Schwarz recently said, “a good fit” for the job of college president.

“I’m an educator by profession; that’s what I set out to do,” Morrow said. “I had brilliant, wonderful teachers. I watched what they did, and I thought, ‘There couldn’t be a better way to make a living than to do the kind of work that those people do.’…From when I was a kid, I knew I was going to be a teacher.”

Originally planning to teach Spanish, Morrow ended up being hired by Chabot College in Hayward in 1974 as a part-time Sociology instructor. She spent over two decades at Chabot filling various academic and administrative positions, such as full-time instructor, division head and academic services executive. Then, in 1998, she left for Sacramento and served as the executive vice chancellor in the state chancellor’s office. The time she spent in the California’s capital gave her valuable experience and understanding of community college issues from the state’s perspective.

“It’s interesting being in Sacramento,” she said. “That’s a wild and woolly place.”

After more than six years working for the state, she jumped at the chance to get back into a position at a college where she could better exercise her strengths as an educator. She is finding the president’s office at Skyline to be a satisfying place to do just that.

“It’s a college that has a healthy culture. It has a tradition of good, open dialogue among all the constituent groups within the college-the students, the classified staff, the faculty, the administration-and when you’ve got that, you can pretty much deal with whatever comes along.”

One such thing that the whole California Community College system has had to deal with is the recent statewide budget crisis. Despite a lessening in the severity of the crisis, Morrow is keeping a wary eye on finances.

“I’m not through worrying about how the budget is going to shake out,” she said. “I think it won’t be as bad as it has been the past couple of years, but it’s still not what we need. We need to be sure that fees are dealt with in much more of a moderate, predictable way than they have been. This roller coaster ride is just madness.”

Morrow’s top priority for the semester is familiarizing herself with the college’s facilities, its faculty and staff, its students, and its programs and services and strengthening the institution’s connections to the surrounding community, all in order to identify ways to improve areas that need work and strengthening those that are successful.

To that end, she meets with faculty regularly, including weekly meetings with the facilities crew leaders to make sure campus construction is going as planned. To solidify connections with the community, she joined the San Bruno Rotary Club. To connect with students, she also meets with ASSC President Ilka Barcala and, at times, the two set up a table in the cafeteria so that students can meet the leadership face-to-face. President Morrow has also expressed desire in holding “town hall” meetings on a regular basis to get direct feedback from both staff and students.

As she is eager to make the transition process as quick and easy as possible, she hopes that people will stop her if they see her on campus and introduce themselves, and even stop by her office to “say hello.”

When asked how long she thinks it will take to get completely comfortable in her new role, her tongue-in-cheek answer-“Maybe 15 or 20 minutes.”-seems believable due to her upbeat attitude. Of course, she looks forward to growing more and more comfortable and knowledgeable about her office over the long haul.

“The kind of deep knowledge that I’m talking about is something that will get richer with each passing year.”

So how long does she plan on being at Skyline?

Judging from her positive outlook, it could be a while.