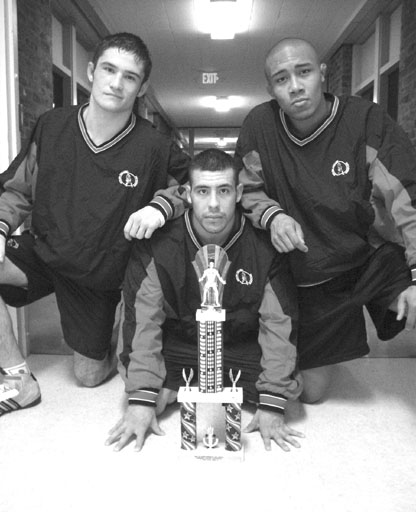 Skyline’s wrestling team is the San Francisco State invitational Champions after beating out 12 teams from around the Northern conference.

On Nov. 13, Skyline and 12 other teams met at San Francisco State University to compete for 1st place. The Trojans left with three champions and a trophy.

“Lema really turned a corner with his wrestling,” Creighton said. “He gained a lot of confidence.”

Jean Leazard and Alecxis Lara, two good wrestlers, were not able to compete due to injuries.

“We performed really well,” Creighton said. “There were a couple matches that were an upset because we should’ve won them.”

On Dec. 4, the wrestlers are traveling to Chabot College in Hayward to compete with 12 teams to qualify for finals. The top 4 teams from that meet go on to compete in the championships. Coach Creighton says realistically about seven of his guys will qualify for finals, even though he would like to see all his guys qualify.