Get to Know Monica Malamud 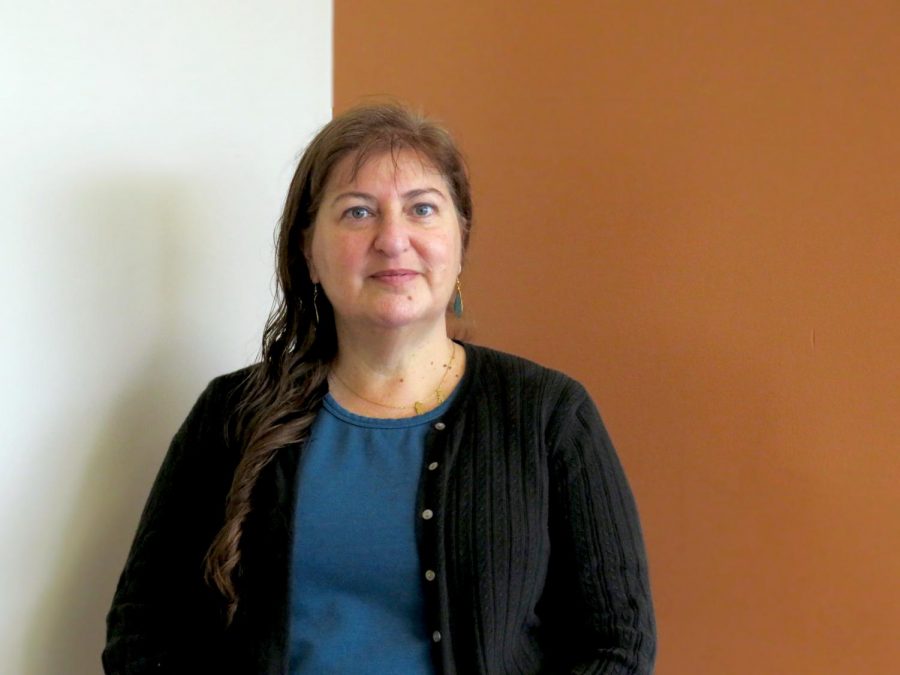 Monica Malamud, a Spanish professor at Cañada College, developed an interest for English at seven years old. Her uncle came to the United States on an exchange program and she wanted to learn English so she could translate from English to Spanish to her family. Monica Malamud is from Buenos Aires, Argentina.

She is very interested in traveling, learning new languages, getting to know places and people. She has knowledge of 10 languages and can speak three fluently.

“The main reason I like learning language is, as much as possible, being able to communicate with people in their native language when I travel,” Malamud said.

With a Master’s degree in Information System Engineering and a second Master’s in Computer Science, you wouldn’t think she is a Spanish professor at Cañada College.

Malamud started teaching Spanish mainly because she needed a job. Before that, she used to teach computer classes. It turns out she wouldn’t change teaching Spanish for teaching anything else right now.

Before coming to the U.S. for the first time as a high school student, she used to live in a big city, with a good public transportation system. Malamud comes from a middle-class family and used to go to a public school, where English was taught. She also took extra English classes.

Her first experience here was in Indiana. She lived with a host family and actually graduated from high school there. Today, even after 30 years, they still keep in touch. She saw that The United States was not like the TV shows depicted it.

When asked to compare Argentina and the U.S., she said it is very hard to make a comparison. For instance, she used to live in a big city in Argentina and in the U.S. she used to live in a small town in Indiana. Malamud explained how easy it was to go around with public transportation in a big city. In contrast, she did not have that kind of independence in Indiana, which was something she pointed out.

After graduating from high school, Malamud went back to Buenos Aires. She studied more, worked and decided to apply for a PhD program in the U.S. Then she went to Boston University to study Linguistics.

In Argentina, young adults usually live closer to family, while in the U.S. it is easy to see someone traveling across the country to go to college. Living far from home also comes with a lot of responsibility, including financial ones. Being closer to family can make some things easier. One other thing she pointed out is that there are free universities in Argentina and that is something that doesn’t exist here.

Malamud worked the whole time she was studying in Boston. Fellowships and scholarships helped Monica pay for school. She got one year of a presidential scholarship that would allow her to take as many classes as she wanted and not pay for any of them. She made the most of that opportunity.

Malamud gave an example of how things change. Years ago, she used to write down everything, she would want to talk to her parents and then she would call once a month and talk to them for 10 minutes. Back then, international calls were so expensive; nowadays things are much easier.

Although she has lived in the U.S. for a while, she doesn’t miss anything from Argentina. If she had to name something she missed, it wouldn’t be something, but someone: friends and family. She has friends who have been in her life forever. Malamud visits them a lot, typically twice a year, and at New Years is a must.

“When I go back there,” said Malamud talking about Argentina, “I don’t have specific plans, or things I have to do or accomplish, it is just about getting to see everybody.”

Teaching. Traveling. Relationships. Friendships. These are the things Monica loves.