The left right out candidate 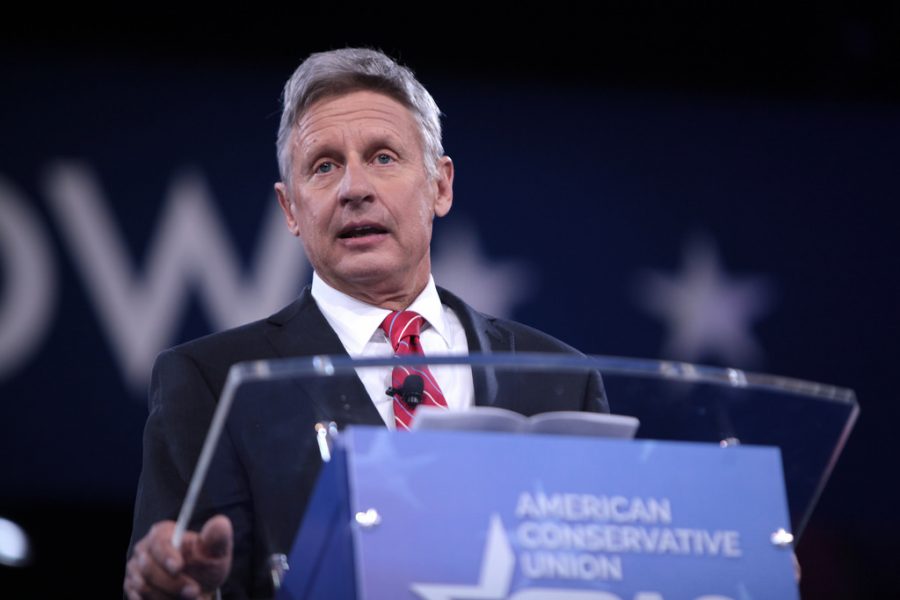 Unknown to many, Gary Johnson is one of the other candidates for President of the United States. A Republican governor in the 1990s, Gary Johnson has since joined the Libertarian Party and rekindled his ambitions in the wake of major polarization among the two dominating parties. But only one out of 10 Skyline College students actually know who he is .

Gary Johnson was a governor in New Mexico for two terms, spanning 1994-2002. He boasts of being fiscally conservative and culturally moderate, desiring a balanced budget and abortion rights.

A balanced budget would keep total revenue on par or above total spending. Balancing the budget is a fiscally conservative view that Johnson subscribes, to as well as other fiscal conservative like abolishing the IRS and the income tax.

His views on gun control are even more relaxed than most republicans as well: “I don’t believe there should be any restrictions when it comes to firearms. None.”

Johnson is a classical liberal which, if put on a political scale, is more “conservative” than modern conservatism. Johnson’s stance on infrastructure is fairly extreme relative to most politicians. For example, his ideas on public education reform in the United States are vastly different than the traditional ideas for reform.

Johnson has run a fairly clean campaign as well, and his rallies are personal. His interviews, though limited, have been honest. However, he was unable to answer a question about the city Aleppo, a key city amidst the conflict in Syria. He was also unable to name a single foreign leader when asked who his favorite foreign leader is.

Johnson’s stumble over foreign policy knowledge is concerning, but may not be an issue if he was elected. Gary Johnson holds to isolationism, believing the United States should isolate itself from the world’s issues.

Johnson is quoted saying, “It kind of scares me, the notion that we’re going to be injecting ourselves into other countries’ affairs when they’re not posing a threat to our security.”

Johnson and most Libertarians are isolationists, which means they do not concern themselves with foreign affairs unless there is concern to National Security. So Johnson’s hiccups with questions about Aleppo and foreign leaders is almost expected from a candidate advocating an isolationist foreign policy.

An NBC poll shows Gary Johnson leads among Independents and isn’t a spoiler for Trump or Clinton because he draws votes from both parties. The Washington Post polls him at 24 percent in New Mexico. If Johnson wins New Mexico, there is a solid possibility of neither Clinton nor Trump achieving the 270 electoral votes needed to be elected president. At 24 percent, Johnson is within striking distance for New Mexico’s five electoral delegates.