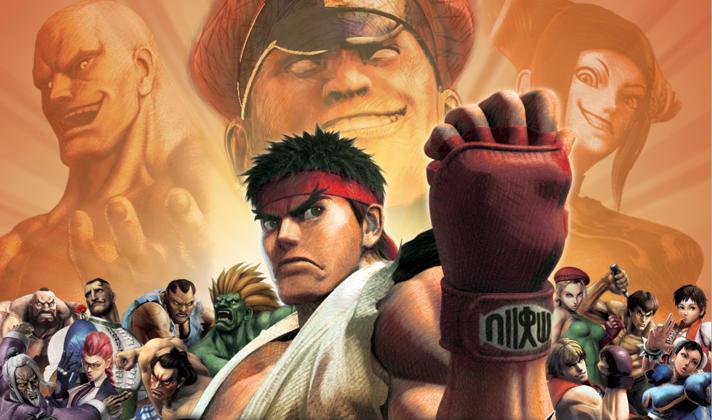 Right around the time the 3DS was on the homestretch to being released, I decided I was going to break one of my gaming rules and actually buy a launch title. My options were very limited, but I bought this game on the grounds that I heard it did things differently. For the most part it did, and I was happy.

If you’ve played a Street Fighter game in the last 20+ years, then you’ve pretty much played this game. However, the new features that come with current-generation gaming, such as online play and touch screen, make this a must-play.

I’ve always had three major problems when it comes to fighting games: (1) I could never get the hang of any of the combos no matter how accessible each fighting game boasts it is; (2) I either have nobody to play with, or they don’t have the same game as me; and (3) they’re just too expensive to risk buying.

Super Street Fighter IV, however, does the impossible by solving all these problems in one fell swoop. For starters, it’s only $40, which, as far as fighting games go, is pretty affordable.

The incorporation of Wi-Fi into the 3DS makes it so you can compete against anyone from anywhere around the globe. You can even compete against a friend who doesn’t have the game, although he or she is limited to playing only as Ryu, unfortunately.

But my personal favorite feature of all is the touch screen, which has a preset-move list waiting to be used at any time. Four panels are on the touch screen: two signature moves, a super combo and an ultra combo, each of which can be activated by pressing it. Now that’s accessible.

Some might see this as noobish or some kind of baby mode, but that argument would only work if every move were preset. Some combos can still be learned on your own, but with the help of the touch screen, players can quickly find they can hold their own till they get their bearings.

The downside to this, however, is that some players will be cheap and use the touch screen to just Hadouken from across the room the entire time, but, really, what Street Fighter game hasn’t had that?

The biggest problem I have with this game, however, is its online interaction with other players, in that there is none. After playing online for the first time, it becomes clear to me that Xbox Live still does it the best.

There’s no way of adding someone online after a match, so it just comes down to the luck of the draw every time you join a random battle. This also means you can’t tell whether someone is a cheap player until they start spamming you. Something like the Xbox Live rating system would’ve helped in that regard.

There’s also no way to communicate with other players aside from using preset phrases such as, “Let’s get it on,” and “Go easy, I’m new.” This means if I fight someone, I can’t take down their information. I can’t compete against them again in the future or even just give a hardy, “Hey, good match.”

But, all that aside, the reasons I love this game aren’t its gimmicky features for the sake of the 3DS, such as StreetPass and 3D mode, but rather everything else. Combat can be easily picked up by both beginners and experts, and the online/Wi-Fi feature, although it badly needs to be worked on, at least makes it so you always have a match.