The Skyline View • May 3, 2022 • https://www.theskylineview.com/the-focal-point/features/2022/05/03/second-generation-students-face-unacknowledged-challenges/ 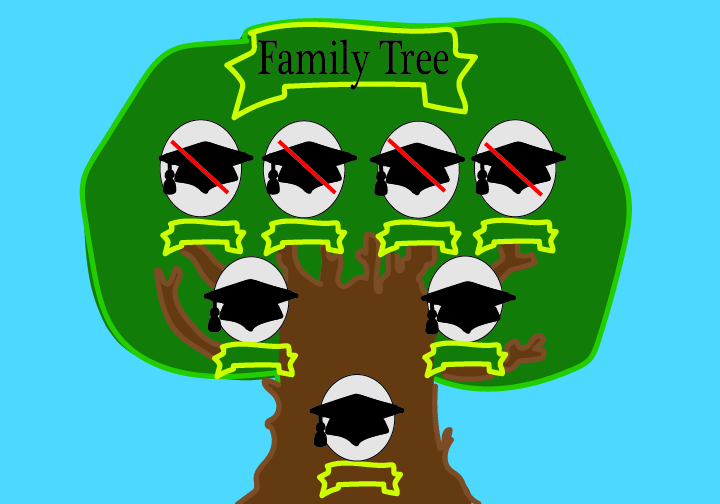 Second-generation students often have familial pressure to excel in their education.

Some people follow in their parents’ footsteps to honor them. Benjamin Villa plans to continue his parents’ legacy as alums of the University of San Francisco (USF).

“My dad passed away, and I want to think he would be proud of where I am,” said Benjamin Villa, a Skyline student majoring in biology. Both his parents went to USF, where his father received his bachelor’s degree, while her mother got her master’s degree.

Villa doesn’t think he has the same struggles in college as his parents. However, he thinks that his father would be more proud of where he’s at because he also started in a community college first. His mother is removed from his struggles as a community college student because she went directly into a 4-year and expected her son to do the same.

When families have a first college graduate, Villa believes it doesn’t make the second generation’s experience easier. His mother looks over at all the outcomes rather than being there for each step acting as support.

“Since my path is so different, it’s a lot harder for me to figure out everything,” said Villa. “The first time I went to community college, I didn’t know how major requirements worked and had to stay an extra year because my counselor never told me about them. I wasn’t expecting to navigate college on my own.“

The benefits of graduated parents

Having college-graduate parents does have its advantages, like being more financially stable. Many parents had to let go of their passions to study majors that would provide stable options for future generations.

“When my dad was still getting his degree, my family was struggling a lot. My mom having her MBA made it easier for me to pursue what I wanted to do — STEM — not for money or stability, but as a passion” Villa said. “My little sister is going into design and is able to pursue her passions as well.”

While there are financial incentives for having your parents graduate from college, grades are crucial for second-generation students.

“Let’s talk about GPA for a hot sec,” Villa digressed. “My mom expects [me to have] the best grades as she had even though she doesn’t understand how community college works.”

“I’ll be struggling and vent to her and compare her experiences which are not applicable. I’m talking about transfer admissions and requirements while she didn’t go through that. So that’s a huge conflict,” Villa explained.

The stigma around community college has placed even more pressure and heavier feelings on having to prove oneself to their parents. Community colleges are deemed to be less dignified compared to a four-year university.

“My mom went to a private university and questioned why I was going to community college,” Villa said. “I was looked down upon by family members. So keeping a good GPA is a standard because it’s the only thing they understand.”

Questioning yourself on how well you are doing with your academics affects decision-making. Following a different path than what parents expect makes children believe that their sacrifices as first-generation are being not appreciated.

“I do compare myself to them. My parents studied conventional ‘smart stuff’ and I’m out here enjoying myself studying art.” said Skyline student Jaemee Torcuator.

Torcuator’s parents received their computer science degree in the Philippines and moved to the United States to rebuild a new life. Mentally, she felt like she wasn’t doing enough and originally majored in business. When she switched her major, she felt that her parents would be devastated if she’d tell them.

“I feel like I always have something to prove especially since I’m taking art and it seems like a much easier path than business,” said Torcuator. “Most of the time, I make my own standards and set my own bar higher. It messed with my head because I felt like they had expectations of me.”

In former Skyline student Maria Torres’s case, her financial sacrifices were made. When she graduated, her parents’ gift to her was to allow her to live rent-free in their home.

“My parents both went through financial difficulties,” Torres said. “My father’s parents died when he was about 13 and no one wanted to help him. My mother had struggled to pay for her college education.”

When it comes to the changes in the education curriculums, Torres believes that second generations have it harder.

Having a good support system as a second-generation student is key. The struggle with the pressure of living up to their parents’ legacy reminds students like Torres of their sacrifices, meaning that they could do it too or take on more.

“With a strong expectation one of the big struggles with troubles receiving support,” Villa said.

When parental support is lacking, many ask help from peers they could relate to. Others learn to manage by themselves.

“I feel like communication is key here. It’s sad how some students don’t have that type of access with their parents,” said Torcuator. “There’s no security in those types of relationships.”

As Torcuator was able to have that conversation with her parents, she was relieved from the pressure of continuing her family legacy with high academic standards. Her parents took in consideration how she was feeling and were understanding on the career path she is now in.

“We all make our own destiny and we are all equally special. It doesn’t matter what generation you are,” Torres said. “We are all deserving of support and acknowledgment.”