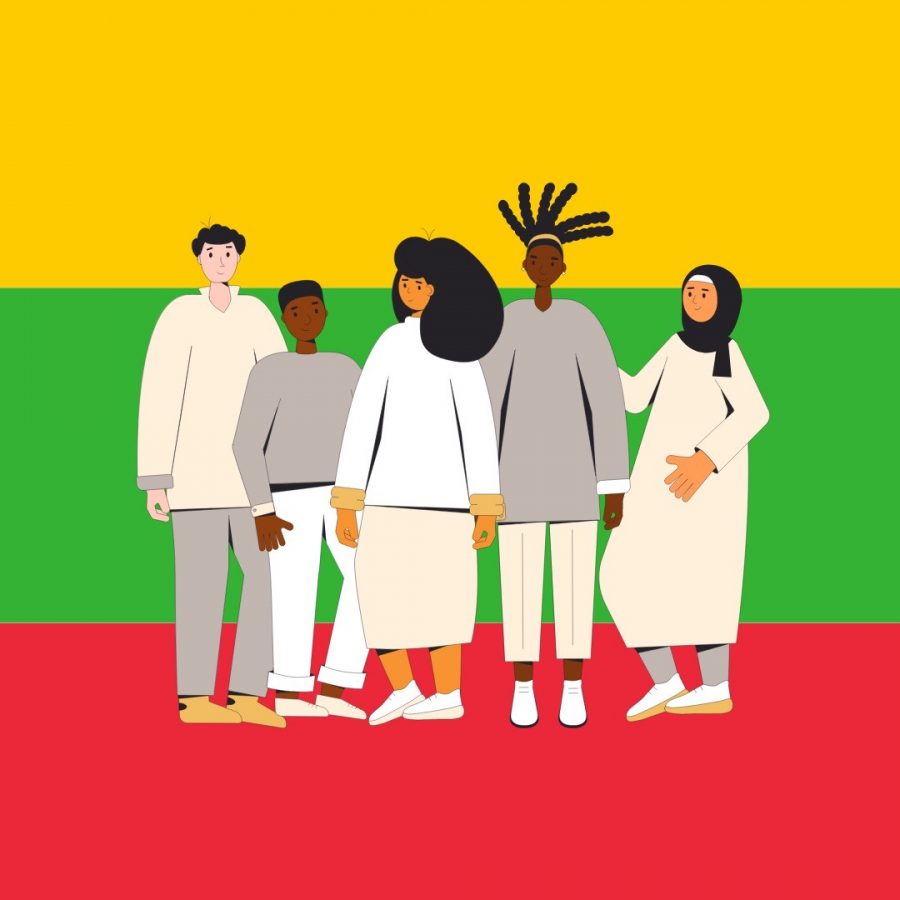 By all accounts, taking CHEM 220 is a challenging endeavor, especially when the military cuts off your internet every night, throws rocks at your window and threatens you with large caliber rifles if you want to go outside.

This was the circumstance that Aung Koko Khant, a Skyline College international student found himself in after returning to his home country of Myanmar only to be caught up in the February military coup. Khant had decided to go back to his hometown of Yangon (formerly Rangoon) for the 2021 spring semester and take his classes online because COVID 19 cases were virtually nonexistent at that time in Myanmar. Little did he know that the streets would be soon embroiled in a violent turmoil of protests, arrests and indiscriminate killing—conditions which would make any attempt at studying futile.

“Every night the soldiers, with guns, always patrolled the streets and always shot rocks and stones at people’s apartment windows and cars,” Khant said. “They scared people off: not to look, go outside and just stay inside—kind of like terrorizing people.”

What Khant was going through is indicative of any of several situations that international students often face, be they war-related, political, socio-economic or due to cultural differences. While the situation in Myanmar is exceptionally interruptive and dangerous, international students have challenges to deal with that most domestic students are unaware of.

Back in Myanmar, things looked far from promising. Due to the time difference, his online synchronous classes would start past midnight, but the military junta started cutting off the internet at 1 a.m. This forced Khant to drop his classes. The junta also curfewed the people’s movement at night. The military rampage was not limited to the capital of Nay Pyi Taw. It permeated the whole country, including Khant’s hometown of Yangon.

“There was an official curfew,” Khant said. “They wouldn’t let people go out from 8 p.m. to 6 in the morning,” Khant explained. “They were holding guns, not just normal guns—big rifles. People are helpless. Unlike here, where people are legally allowed to hold guns, we can’t have those in my country. So, the people — all of them are just harmless people. [The military] just held guns at people, pointing at them.”

The death toll from the Myanmar coup has topped 1,000. Khant was asked whether the killings occurred in his proximity.

“Yes, yes, it did, it did,” said Khant assuredly. “There were several people. I don’t know them personally, but I do know them. They got shot, and some of them got captured.”

Tragedy did strike Khant and his family when he lost his uncle days after the coup began. Power was cut off to the hospital where his uncle was cared for. Consequently, medical treatment was unable to continue. The family had no way to check up on him. This was a big blow to Khant who was particularly close to his uncle.

“He was the one who dragged me out from my parents and teached me how to have fun,” Khant said. “Yeah, we used to be pretty close.”

Khant’s family was forced to function under the most difficult of circumstances.

The startling and explosive nature of the coup was emotionally affecting for Khant.

“To be honest, I feel pretty sad, disappointed and angry towards everything,” Khant said candidly. “Right now, the whole world’s been suffering from COVID. Everything is trying to stabilize after what is going on, and people, including my uncle, have been suffering. The coup just happened out of nowhere. It’s just kind of sad and disappointing I guess.”

The Situation in Myanmar

The crisis in Myanmar began when the army overthrew Aung San Suu Kyi’s elected government in February. She headed the National League for Democracy party. The military refused to grant special envoy, Brunei Second Foreign Minister Erywan Yusof, the request to meet with Suu Kyi. She is being tried on several charges that her supporters say are politically motivated. The thousands of persons arrested for protesting are being held at prisons such as Insein in Yangon.

Khant said that the protestors consisted of people of all ages, from kids to adults, but the majority were teenagers and people in their 20s and 30s. Even though there is a considerable amount of turmoil going on, his family and friends are reasonably safe. They tend to try to avoid conflict in the streets and lay low. Khant communicates with Myanmar freely and does not concern himself with being careful about his conversations.

“Even if [the military] hears, I try to be honest about everything when I talk to my family,” Khant said. I usually talk to them on Facebook or Messenger. They too, they don’t really care anymore.”

Khant explained that this sentiment was almost universal among the people of Myanmar.

“Right now, everyone in our country hates [the military]. Even if [the people] get captured or something happens to them, they just really don’t care anymore because they got so angry.”

As far as the international community putting pressure to stop the violence, Khant personally feels that they have not done enough. He said that people in Myanmar are dissatisfied with the lack of pressure to restore democracy.
Recently, the Association of Southeast Asian Nations snubbed Min Aung Hlaing, the current military leader in Myanmar, by declining to invite him to a summit. Shortly after this incident, the Myanmar military released more than 5,600 people from prison. Since the takeover, 7,355 people have been placed in detention. There is substantial evidence, including many photographs, that prisoners taken by the military have been beaten and tortured.

Support during the Crisis

Khant was able to maneuver out of his quagmire in Myanmar and return to Skyline College—barely.

“I was able to get the visa and everything done after the coup happened,” Khant said. “I also got lucky somehow. A week before I left my country, there was chaos going on. After the week I left, they closed down all the embassies and everything else, and even the airport too.”

During this interlude, Skyline helped Khant to get his documents prepared quickly. This aided in getting him out of the country. The district also conducted a Zoom meeting with all Myanmar students to discuss how to come back to California amid the crisis. The International Students Program worked closely with the district to provide support and resources.

Despite this support, Khant stated that things are difficult because he doesn’t have the ability to talk to other Myanmar students on campus.

“It has been very challenging for them and the situation is not improving, unfortunately,” said Chikako Walker, program manager for the International Students Program at Skyline College. “The students are impacted on so many levels.”

A Look to the Future

Khant does not think he will have the opportunity to go back to Myanmar anytime soon.

“Right now, I’m just trying to finish my school and try to get a job,” Khant said. “Pretty much, I don’t have a plan to go back right now because once you go back, there is really a low chance to come back here.”

After finishing at Skyline, Khant plans to go to a 4-year institute and study chemical engineering. He was just accepted at both San Jose State University and C.S.U. Long Beach. After college, Khant envisions staying in the U.S. for the long haul. If he can get work, his parents are okay with him staying here. Khant also has a sister who plans on coming over next semester. He believes that the opportunity here will benefit not just him, but his whole family.

“Of course, there is always hope for everything,” Khant said. “You can’t just give it up. There were people who died for it (Myanmar’s democracy). Those people, they don’t give up their life for just nothing. Of course, people are going to hope for it. There’s always a hope—I believe. I believe.”