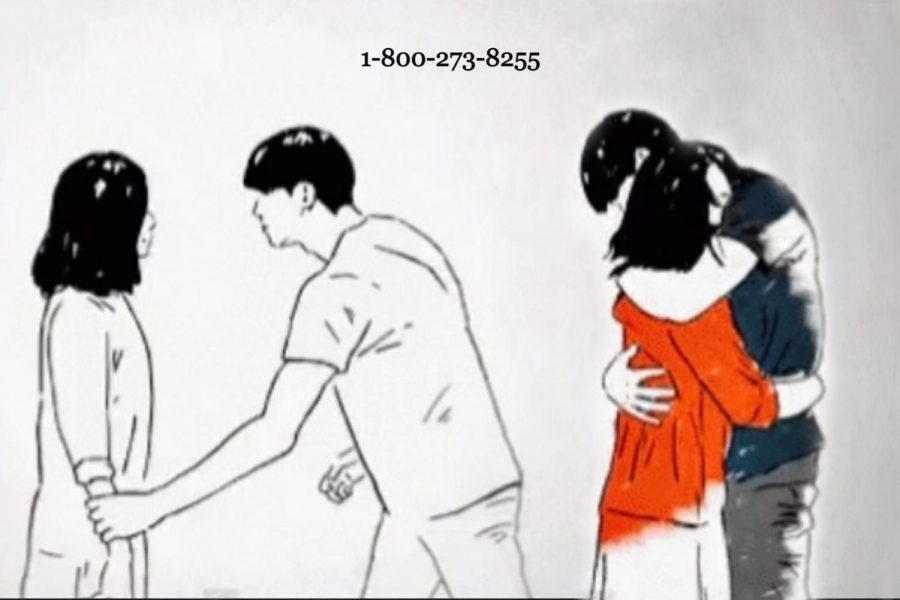 The Golden Gate Bridge — a panoramic vista and an emblem to San Franciscans. Millions of people have traveled far and wide distances to view the great red bridge. Among those millions have visited with other plans. According to The Centre for Suicide Prevention, this Wonder of the World has been the site of an estimated 1,600 suicide attempts. Only a tiny fraction of such victims survived.

September, National Suicide Prevention Month, recognizes those who feel dimissed and ostracized for their struggle with mental health. This acknowledgement serves as a much needed beacon of acceptance and support for a community facing undue stigma. According to the National Insitute of Mental Health, suicide remains the second leading cause of death for those among the ages of 10 and 34.

Michelle Sanchez, a freshman at Skyline College, is one of many students who has struggled with mental health.

“I felt lonely because no one really talked about [mental health],” Sanchez said. “It got to that point where I was so tired that I wanted to pop that bubble. I did, I ended up popping that bubble. But thankfully, I’m still here. I am a suicide attempt survior.”

Addressing this sense of loneliness is paramount. As students return to campus, many of them have developed mental illnesses due to isolation or have been diagnosed beforehand. Transitioning from Zoom to in person learning, students will meet new people and learn to socialize after a long hiatus. One never knows who around them could be dealing with mental health issues.

“Many people feel like it’s too private, or [feel too discouraged by] the stigma attached … to admit that they have mental health issues,” Makiko Ueda, a licensed marriage and family therapist, counselor, coordinator and clinical supervisor at CSM since 2007 said. “It could be a very challenging topic but it’s just a conversation that is needed.”

Staying silent about this topic adds more to the stigma surrounding mental illnesses, creating dehumanizing misconceptions that those who are suicidal are merely quitters. In reality, they are victims unable to see past their present circumstances.

“What I would hear often was, ‘she’s doing it for attention.’ It’s a generic thing, someone can’t say, ‘I’m feeling depressed.’ There’s a difference between being sad and being depressed,” Sanchez said. “It’s easy to confuse having a bad day or being in a depressive state.”

Depression is not presented the same with everyone. The amount of time it takes to develop the symptoms and severity of the illness varies. People who suffer from depression often go through a variation of the five widely accepted stages of grief as developed by Dr. Elisabeth Kübler-Ross. Not everyone goes through these stages in the same order or for the same amount of time. Some may even skip stages or go back and forth between stages.

The first stage of depression is denial, where feelings of sadness are ignored. If victims are aware of a problem, they think they can overcome it with sheer willpower.

“On a daily basis, I didn’t want to go to school, but to show my mom that everything was okay, I would go.” Sanchez said. “I knew I had to go talk to someone, but … I kept telling myself ‘I’m okay.’”

Michelle Sanchez felt the need to hide her struggle from her parents due to her family not being educated on the subject. Many students struggle from this family dynamic, reliving toxic cycles and submerging their feelings.

“Based on family values, where they grew up and which country they come from, we still see stigma,” said Ueda. “It’s concerning and very challenging to reach out to students who have a lot of stigma around mental health.”

Another victim, Samantha Smith, a CSM student who decided to take a break from school due to her mental illness, felt misunderstood by her parents after she seeked help.

Like in Smith’s situation, guardians’ beliefs could also cause the stigma to grow. During the second stage when denial leaves, a wave of anger floods through because of seemingly unwavering feelings of depression or deep sadness.

“I feel like we put out what we have inside us. I say that because when I was feeling down, I put it out on others,” said Sanchez. “I didn’t have a way to let out my anger and sadness.”

Emily Kiefer, a first-year student at CSM, experienced this stage differently by distracting herself so she could counteract her emotions.

“Sitting alone and dwelling on your feelings is never helpful,” Kiefer said. “It can lead to a hurricane of negative thoughts.”

Smith’s symptoms would settle down through social distractions.

“But when I had a chance to actually stop and think about how my life was going, it triggered me,” said Smith.

When anger leaves, a sensation of bargaining happens; negative thoughts are attempted to be replaced by positivity, marking the third stage.

Smith’s diversions dismissed her depressive thoughts in favor of a sense of peace to stop her from realizing her true emotions.

“If I wasn’t distracted anymore, then I would start thinking about how depressed I was about everything that was going on and just let depression consume me,” Smith said.

This coping mechanism was only a temporary bandage to her struggle with mental health. Burying negative emotions can culminate in the 4th and most potent stage — unfolding into depression itself.

“I was like in a mixed state of, I would have really high energy but I was really depressed.” Smith said.

“When you’re bipolar, you tend to overschedule yourself,” Smith said. “Just recently last month, I was 5150, which means you were placed on a psychiatric hold for 72 hours. Since I’m 18, I had to go to the adult unit.”

There’s a certain image that pops in our head when we imagine someone who is going through mental health issues, whether that be depression, anxiety, or suicidal thoughts.

“[There are] myths about mental health; people think if you’re bipolar that you’re manic all the time and your mood will just switch like that,” Smith said. “If you’re depressed, you have to dress in all black.

However, these symptoms are not as overt as the generalizations Smith described.

“People expect if you’re depressed or anxious or bipolar, OCD, PTSD, any of that to be presented at its strongest form. So they just look out for that. Those signs but it’s more subtle when you’re on medication.” said Smith. “I’m still having manic episodes but it’s better than it was before. It’s hard for me to even see that I’m having a manic episode because the mood stabilizers are working so well and it mellows out my mood.”

Ryan Milburn, a freshman at Skyline and victim of depression, believes that a majority of his friends struggled with mental health issues. His friend was able to receive support from SMCCD, and after a few years, they felt stronger thanks to Skyline resources.

“I believe that at least 70% of my peers struggle with mental health,” Sanchez said, in agreement with Smith. “A lot of people do, it just presents in different forms for different people.”

Luckily, the SMCCD district provides resources to individuals who are struggling with mental health.

“Last year from 2020 to 21, we provided a total of 1349 counsling hours. Individual counseling sessions [amount to]1349 hours and the number of the students is 190,” Ueda said. “It doesn’t capture any of the support groups, workshops, and outreach activities. If we count those it’s going to be thousands of students.”

With SMCCD providing support, many are able to surpass the third stage, isolation, where you feel like you have nowhere to turn to. This outreach leads to the final stage of acceptance — learning to grow and make peace.

“I accepted that as how I was and it doesn’t bother me at all, ever. If somebody has a question. I don’t mind telling them about it, it doesn’t bother me,” Milburn, who was able to beat his depression, said. “That shouldn’t be able to bring me down because I’m stronger now. I’m healthier.”

Mental illnesses and suicide are topics that are uncomfortable to talk about beacuse of fear, the thought of being weak or judged. Pushing past those barriers, an open dialogue about mental health can help everyone heal.

“There is no magic pill that will make everybody go to a counselor when they need to,” said Ueda. “We have been trying for all three campuses in the district to push a peer to peer approach.”

All three campuses have a peer educator program and their job is to promote the conversation on campus. They visit classrooms, have stands in the cafeteria and coordinate workshops teaching students on the topic of mental health and what to look out for.

“All of a sudden they stop going to school, stop showing up to classes, miss assignments, or start to be late for work,” said Ueda. “That would be a good sign to say ‘hey, what’s going on’, open ended questions are actually good.”

When you see a change in someone’s character or they mention strong feelings of guilt and shame, those are warning signs that they could be contemplating suicide. Social withdrawal and isolation are things to look out for.

“When you see a change, you notice that they are introverted, they might look like that in general but be quieter or isolated, “ said Ueda. “Those are signs of sudden withdrawal.”

Among those signs, stress could be a sign of mental distress.

“Everybody experiences stress all the time. It could help you sometimes by increasing your motivation to study better or when preparing for exams,” said Ueda. “Stress can be positive, however, if you just let the stress go on for too long it will lead one to burn out.”

When noticing these signs, taking action could save a life or anyone in distress. Reaching out to them and showing concern will allow them to feel safe enough to open up.

Once the conversation of mental health is started, it eases the burden of it. When someone opens up, it’s a way of asking for help or support.

“Reach out, don’t keep it to yourself. The problems are not going away and may potentially get worse,”said Ueda.” Be a good listener and provide a resource.”