A review of Kanye West and Drake’s latest music releases. 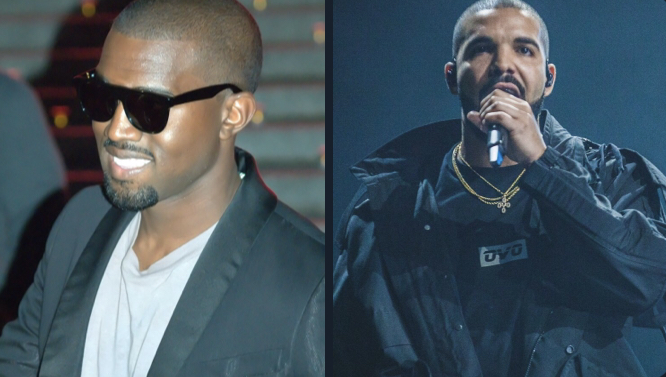 Kanye West and Drake both released albums within the same week of each other, drawing comparison.

Donda by Kanye West finally dropped on the morning of Aug. 29 and it has 27 songs on it that lasts a little less than two hours long in its entirety. This is Kayne’s tenth studio album and his most controversial. As his most-anticipated album to date, it’s also dedicated to his late mother, Donda West, who passed away in 2007. In collaboration, he worked with GOOD and Def Jam.

The Chicago rapper, singer, producer, performer, designer, and president-pseudo candidate has had quite a year. He has been dealing with mental health dilemmas that feature public meltdowns, he’s going through a divorce with Kim Kardashian, and still coping with the loss of his mom almost 15 years ago.

Despite all the things going on in his personal life, he found joy in Sunday services, and being closer to God also makes him feel closer to his mother and the pain. We can find Gospel and church-like influences on the album. Honestly, after the public meltdown he had recently and what he has posted on his Twitter account, I think this album turned out better than expected. The more I listen to it, the more I like it and can connect to him. I think this album was therapeutic for him, and it was important for him to do something for himself at this point.

I felt Kanye’s creativity and pains come through. I am not religious myself –– I came into it ready to cringe –– but it was a good cinematic-like experience with sonically pleasing aesthetics. Fans online say the beat at the beginning of the album is the heartbeat of his mother before she passed on.

Some people online call this album a melodrama more than a musical piece, as it has a mix of genres such as hip hop, gospel, pop, trap, and progressive rap. It was allegedly released without West’s approval after a very pushed-back release date.

The record had a hectic release. For some fans, It feels like it was one release date after another, and many claim that his inconsistency was attached to his mental health issues. Throughout his public relations messy-campaign, he got into a viral feud with Drake on social media because the two rappers had their album’s release date close to each other.

West and Drake’s feud has been going for over 12 years. It’s hard to believe they started as healthy competitors. In the last year, it escalated like two kids in a playground fighting for candy. I’m not saying that one is better than the other –– not at all –– but I think they have different styles. Even though they are great rappers and big icons, they are targeted at different age groups. According to an interview with GQ back in 2014, West said that Drake is “a product for a younger generation” and I think you can see it crystal clear in the releases.

I mean, we are talking about two big rappers, but not necessarily talking about two rap albums. I think because of the proximity of the release dates, we can compare them. However, the two albums are day and night, and you can see that in the artists that crossover between the two projects. For example, Jay Z is in both albums but his energy is completely different in both. In Donda, his verses are more vulnerable and talks more about fear, love, and loyalty. Meanwhile, in Drake’s album, he has a gangster attitude, saying “I can disappear you with a phone call.”

Drake’s album CLB- Certified Lover Boy was released on Sept. 3 and is the sixth album by the Canadian rapper. The music reflects on courtship, fame, excuses, and loneliness. By the third track of CLB –– “Girls Want Girls,” –– Drake is indulging his worst instincts and delivering a god-awful hook (“Say that you’re a lesbian / Girl, me too”).

Drake worked with OVO Sound and Republic Records as his music label and it takes 86:02 minutes to listen to it. The album was released with absolutely no teasers.

This was completely inappropriate and offensive to the LGTBQ+ community and lots of gaslighting with the charm of a middle-aged dad in the club. This controversial song has been the most talked about on social media and people are pissed. At the same time, it has the best debut numbers on Spotify which doesn’t make much sense because I love the beat but hate the lyrics.

Drake womanizes on rap records and asks for forgiveness on the R&B tracks. That’s his whole career in a nutshell and his new album is a testimony to Drake’s comfort. He’s comfortable where he’s at and that’s not a good thing. He’s no longer pushing boundaries and his growth has been stunted and stagnant. He keeps talking about his son and how an unexpected pregnancy changed his life, a point he’s been making since 2018.

Kanye’s music is something new and different. Some might not be a fan but you most definitely have to acknowledge the effort put forth by “Ye,” which includes the listening parties along with the visuals with family involvement in those shows. He puts himself out there and thinks outside the box, which makes him more exceptional with his final results.

These two albums are completely different but I think both artists and labels gave something to talk about. The covers, rhythms, guest artists, and release dates needed to catch the audience’s attention provoked different opinions and feelings on social media.