Where would mathematics take me? 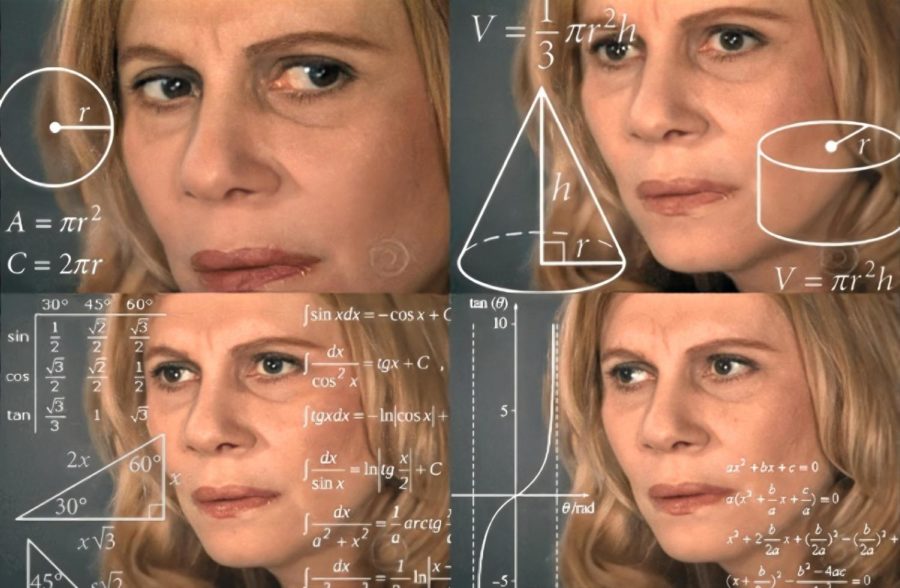 “I don’t need math in my major!”
“Why are there letters in math?”
“Calculus is difficult, why do I need to study it?”
“I only need arithmetic in my life!”
These are some of the classic harangues that cause students to sigh out of exasperation and frustration with the discipline.
Afterall, apart from English, one’s intellectual abilities are measured with their ability to do problem-solving, as required in aptitude tests such as SAT and ACT, both of which are exams many universities require for admission if you’re applying straight out of high school. In fact, some programs require applicants to take specific math courses before they can be admitted or move on to upper-level courses.
How important is mathematics in one’s career, really? Is it really essential? What difference would it make if students do not take this subject?
Skyline College mathematics professors Phillip Williams and David Hasson offered wisdom and imparted the practical use of math in different careers and its application in real-life scenarios.

“Linear algebra in engineering — You would model, for instance, the structural integrity of a wall,” Williams said. “The structural integrity of a foundation — You can use it to model how a building was shaken by an earthquake, you can use it to design what we call a trust, which is basically like a beam.”
For differential equations, Williams explained that it models rates of changes like calculus, but is more advanced.
“It could be talking about how the material that you’re using in a building or in a bridge, for instance, will degrade as exposed to salt over time,” Williams said. “You can use differential equations to talk about when something will flex too much and then break, or how much flex it has.”
Williams also mentioned the use of differential equations to solve for harmonic frequency, which determines a material’s resonance until it shatters. This is observed with tall buildings and their resistance to shake or break.
Hasson said that linear algebra, on the other hand, is best used in industrial engineering for operations research.
“There are all these equations where you’re trying to figure out what the perfect amount of everything to have is, so that we make the most money and don’t spoil any food, or spoil the least amount of food,” Hasson said. “And what that ends up being is just a bunch of equations crossing over each other. So, there is a mathematician somewhere figuring out how the Cheesecake Factory can make the most money by creating an equation for like, every single ingredient.”

Mathematics in health and environmental science

Both professors placed emphasis on the importance of calculating rates of change for both fields of sciences.
“If I take a pill, one of my steroid pills, at 12 o’clock, it doesn’t automatically mean that I have 100% of that pill in my system,” Williams said. “So you can use math to model the rate of ingestion, basically, of that drug.”
“If you want to know how that bacteria is growing in an instant, how it’s changing in an instant, you need calculus,” Hasson said. “Same thing with the environment — If you want to understand how the carbon dioxide are parts per million, and the atmosphere is changing, you need calculus. Anytime you want to know instantaneous change, like what’s the change right now? Calculus.”
Hasson also mentioned that linear algebra is useful in ecology, particularly with population control.
“If you have an invasive species, and you’re trying to figure out how to control it with a natural predator, that is linear algebra,” Hasson said.

Mathematics in business and economics

Williams explained the use of math in business optimization, while Hasson focused on how math is used in behavioral economics.
According to Williams, calculus is used in business optimization by solving exact amounts of materials that should be bought to make most of the money. It could also be used to forecast when the right time is to market a product, or where the right location to start a business to project maximum profit.
“Economics is figuring out the perfect price to make the most money,” Hasson said. “So, there’s a reason why an iPhone costs $700 or $1,000 — They figure out that that’s the perfect price to make the most profit.”
With behavioral economics, Hasson also explained how the branch of game theory is applicable in the said field. He said that he would agree to define game theory as “something that allows you to make optimized decisions.”
“Essentially, with behavioral economics, when folks are making decisions, they’re often subject to all of these cognitive biases.” Hasson said. “One of the main ones is loss aversion.”
Hasson gave an example with people being paid to quit smoking. He said that if one pays them to quit smoking or pays them at the end to quit smoking, success is unlikely. However, if one were to “give someone a lump sum at the beginning, and then start subtracting money every time they smoke a cigarette,” that would likely yield positive results.

Williams said that computer science majors take different kinds of mathematics courses as part of their degree programs, sometimes to the point that they declare mathematics as their minor.
“There’s a ton of math there,” Williams said. “So whenever you have to code a program, you’re taking a lot of input from multiple directories.”
Williams explained that logic also plays a part in computer science. Proof writing, which aims to demonstrate theorems as logical statements, is important, as computer systems are written in different programming languages.
Proof writing in programming can be observed in debugging and troubleshooting in software. Additionally, math in terms of logic is responsible for setting up processes, algorithms and even designing inside systems.
Hasson also mentioned that analytical geometry and calculus are also responsible for creating pictures in video games.
“If you’re gonna do visuals, and particularly visuals that move, calculus would come into play, because once again, calculus is the study of how things change,” he said.
While it is true that mathematics can be a student’s biggest obstacle throughout the course of education, the two professors offered some sage advice to current and future math students.
“Ask questions,” Williams said. “Don’t be afraid, because if you have a question, it’s guaranteed that at least two to three other people have the same question. You can’t wait on other people.”
For Hasson, he compared learning math to learning how to skateboard: “It’s all how you play.”
“Everybody talks about math hurting, but there’s no gushing wounds (attributable to) math — at least not physical ones,” he said. “But people will have a ton of fun skateboarding, because even though no matter how hard it is, it’s sort of this supportive environment where (people are saying), ’Hey, you get back up again. Try it again,’ or ’Ooh, that’s a cool trick,’ or ’Hey, what are you doing now? Oh, I’m gonna try and do that.’ So, I really think it’s all about the community that’s around it.”