Democrats do not always swipe ‘left’ 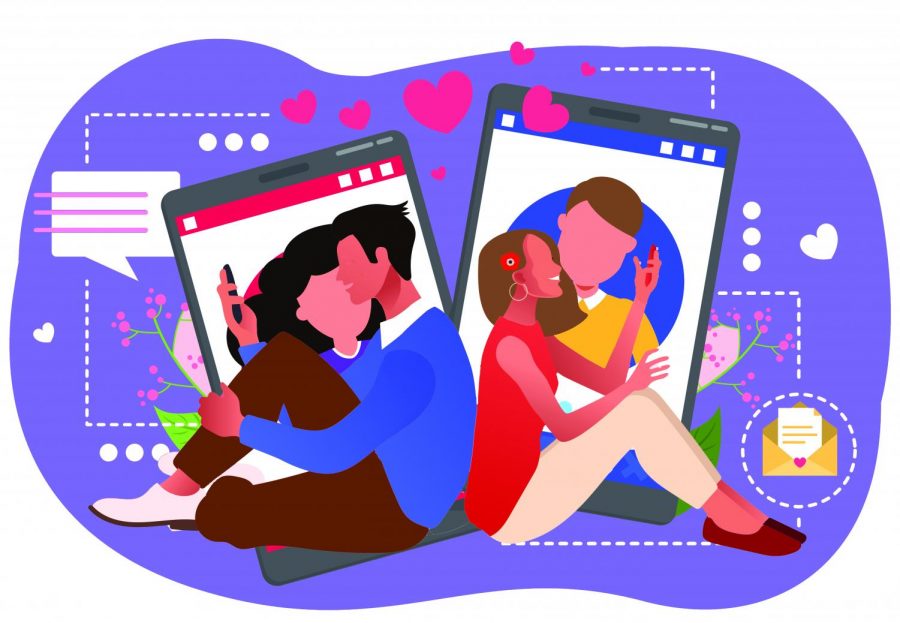 Does your political affiliation matter in the contemporary dating scene?

In this day and age, young adults are more immersed in the quest to find true love. Whether you prefer traditional courtship or online dating, there are thousands of things that must be checked to ensure compatibility. Interests, pet peeves, kinks — just to mention a few — are some of things people today find themselves taking into consideration.

Politics are among one of the most sensitive and volatile discussion topics among those that are sometimes deemed to be taboo. Like many other conversations, ones about differences in political stance and beliefs can be turbulent and transform into heated arguments.
The delicacy of the topic may bring to mind a question: How does political affiliation play a role in the contemporary dating scene?
Out of curiosity, and in pursuit of new information, The Skyline View conducted an informal survey from Oct. 22 to Oct. 29, dedicated to students studying particular courses around the campus. Given the nature of the subject, the study involved students studying communication, journalism, political science, and sociology as the respondents.
The majority of the respondents identify themselves as Democrats (61%), with the rest identifying themselves as Republicans, Independent and other parties, not eligible to vote, or as preferring not to say which party they belong to.
Among those who identified themselves as Democrats, 46 percent of them said that they are attracted to members of all political parties, 50 percent said that they will date people affiliated with any political party, and 49 percent said that they would sleep with people affiliated with any political party. However, the majority, 61 percent, of the Democrats said that they would only eventually marry someone who shares the same political affiliation as them.

Nonetheless, some of the Democrats are open to committing to a relationship with a person whose political affiliation is different from theirs.
“I’m registered as a Democrat and voted Democrat this upcoming election, but I am open to listening to ideas and creating relationships with people from other parties because we must work together,” a respondent who identified themselves as a Democrat said.
However, some democrats are particularly against the idea of dating a Republican.
“I wouldn’t date or sleep with a Republican because their views are inherently disrespectful to my existence,” one of them said. “I wouldn’t consider any sort of relationship with someone who believed that I as a woman didn’t have the right to control my own body.”

The rest of the respondents, 39 percent of them, consists of respondents who identify themselves as Republicans, Independent and other affiliations, those who do not prefer to say which party they are affiliated with, or are not eligible to vote.
All in all, most of the survey’s respondents feel attraction, would sleep with, and go on a date with someone from all political parties, but would probably only eventually marry someone who is a Democrat.
“Even though I may have a different political party preference than someone, doesn’t mean I am going to view them any differently,” one of the respondents said. “Everyone is entitled to their opinions.”
Notes concerning the survey:
– Aside from the program/course they are studying, respondents were also asked to provide the following demographics: age, sex, gender, and their political affiliation.
– Given the nature of the study, the investigator used purposive sampling to gather responses only from students studying courses from communication studies, journalism, political science and sociology. The study could have given a more representative result if other programs a chance to participate.
– There is insufficient data to make an analysis with other political affiliations apart from those who identify as Democrats. The data could have been normally distributed and had better estimates if the investigators had used a probability sampling method and had the appropriate number of respondents based on the rules of the Central Limit Theorem.

Here are the results of the survey along with a tally of their responses:
Demographics
Political Affiliation