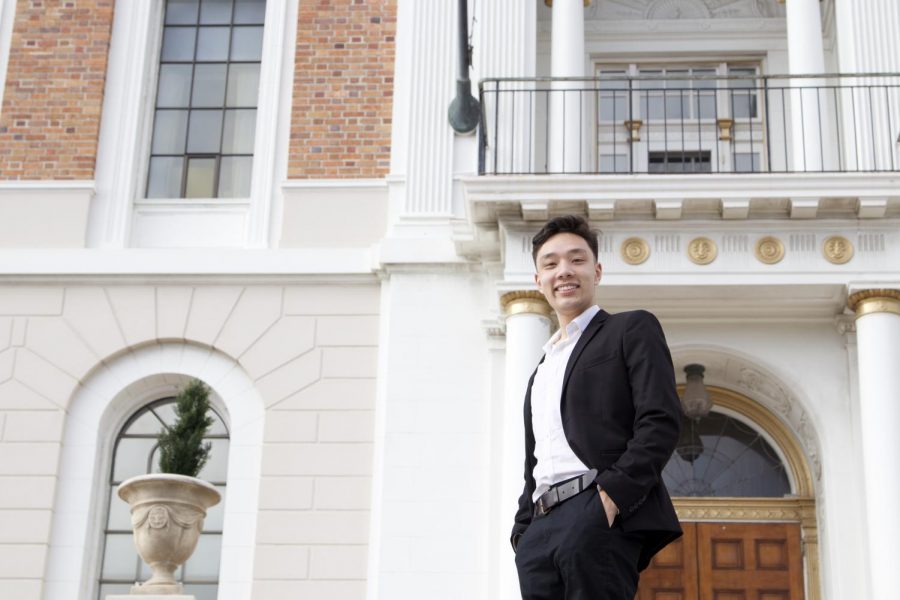 For many young adults, life after high school is an open book and an unlimited amount of opportunity as much as an unknown cloud hanging over, as young adults decide what to do next.

James Coleman studies Human Developmental and Regenerative Biology as well as Government at Harvard University, he is also running for South San Francisco City Council in District 4. A graduate of South San Francisco High School, class of 2017, Coleman is running against Richard Garbarino, current mayor of the city, whose term expires in 2020.

“What I really want to do is take the experience, insight and education at Harvard and bring it back to the community that I grew up in, in South San Francisco to improve and empower the residents in our city,” said Coleman.

And despite his opponent, Garbarino, being tied to the South San Francisco government since 2002, Coleman said that the recent actions of the city council following the killing of George Floyd really sparked his campaign.

Weeks following, the South San Francisco community went to the city council demanding change regarding public safety. Yet as many as 150 public comments were put aside by the council and were never read nor acknowledged.

“What I found was that our city council was being largely unresponsive to the demands, and the needs of the public.” said Coleman. “So what started as a campaign in response to the need for reforming our system of public safety in law enforcement, through reforming the police department and keeping them accountable, turned into a campaign largely for the people of South San Francisco, because there are many issues and many systemic issues.”

Like any political campaign, Coleman isn’t alone in this battle. Franchesca Buendia is his campaign manager, a University of California, Irvine student. Like Coleman, Buendia is a South San Francisco High School graduate, and while the two share many memories growing up in school together their friendship, turned partnership started from a young age.

“It turns out that we actually took swimming lessons at Orange Park when we were kids.

I didn’t even know that until I saw an old picture,” said Buendia.

As for the campaign Buendia wasn’t fazed one bit by the commitment of such a big task at hand despite it being her first time.

“I thought it was like a pretty good opportunity too because I really wanted to get more involved in local politics and organizing, and it’d be at home and we already have a good relationship with each other.”

Looking to get word out on their campaign, Buendia saw that social media wasn’t enough to reach to everyone within District 4. They tapped into old fashion campaigning by calling citizens and placing personally made campaign signs along the northwest side of the city.

The City of South San Francisco is going through a quite significant facelift that has been put in place over the past handful of years. More residential complexes as well as business and office buildings have gone up on the east side of the city, near downtown which has also seen its share of new restaurants and shops.

Along with a new $52 million Police Operations & 911 Dispatch Center which broke ground back in February,the city will soon start to look more modern.

Yet these new housing projects are built in mind for the police, firefighters, nurses, biotech workers and other essential service providers, according to Garbarino. Friends of Coleman have had to move away from South San Francisco due to the growing costs of living in the area. He has noticed that it is more common for multiple families to live under one roof.

Coleman’s solution for this housing crisis is for allowing construction of these new projects to accommodate up to two families, which can lower stress as well as the gentrification within the city.

The year has been very interesting for Coleman given the pandemic, his campaign and still having to be in a class setting at Harvard University. However, he has kept a lot of optimism with him along the way.

“While campaigning, this year, I’ve been making calls to many voters, their district and having a lot of very valuable conversations with people. And also, while I’m in office, that is to prioritize transparency and accountability, it means making sure that the public knows what the city council is doing.”