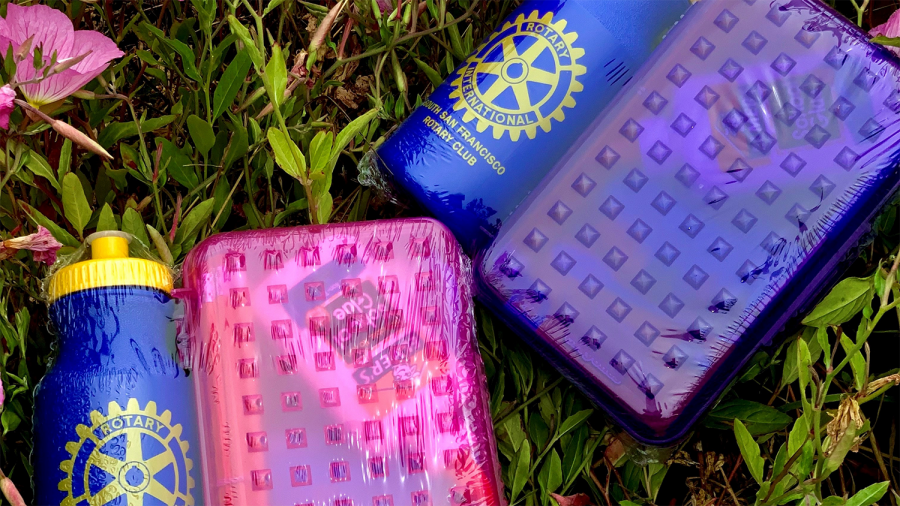 Supply kits like the ones shown here were created and distributed by the Skyline College Library and South San Francisco Rotary Club.

The COVID-19 pandemic has brought unimaginable doses of chaos to the United States. Normalcy has taken a backseat to an abbreviated version of life, filled with new adjustments and ideas. Some are simple and easy, others take more time to adjust.

Among the latter is the aspect of distance learning, which has been implemented in many districts across the country. Often with children attending school online, parents are forced to balance supervising their children and their own jobs. This becomes a difficult task for a lot of families, and having the appropriate school supplies — and time to buy them — is critical for enhanced success.

The bookstore has always been a hot commodity when it comes to revenue streams, and is a consistent hotspot as far as business goes. When it became evident in March that operations wouldn’t be the same without faculty and students, SMCCCD Vice Chancellor Tom Bauer challenged the bookstore staff to dig deeper into their creative side.

“Like all other businesses, everybody had to pivot to something else and think outside the box of what you traditionally do,” Bookstore Manager Kevin Chak said.

An idea arose, courtesy of Bookstore Operations Assistant Amanda Bortoli. While eating dinner with her father, Ed, she pondered effective ways to make money based on high-quality ideas. The dinner table could often be filled with a ton of nonsense, but this night turned into a brainstorming session. As a business member, Ed was a key asset of the Rotary Club of South San Francisco, an organization that is known for top-notch humanitarian work.

As a matter of fact, the timing couldn’t have been more practical. The SSF Rotary Club was already looking to donate to students, since their access to supplies were problematic due to COVID-19. Once Bortoli finalized the plan, she presented it to the club members within the community. Not surprisingly, it was embraced.

“From there, we worked on finalizing what students need, what they want to include, making sure it fit in their budget, making sure we had the staff to build it, and the proper PPE so that it was all sanitary for all the students,” Bortoli said. “It just took off from there.”

The Skyline Bookstore was responsible for building the product, which was then purchased by the SSF Rotary Club, who finally distributed it to schools.

The official final plan included kits — much like pencil boxes — full of supplies to send to every kindergarten program in the South San Francisco Unified School District, which includes nine schools. There were leftover supplies, which were donated to private schools.

“We just started with one pencil box and stuffed it full of everything you can think of,” Bortoli said. “Pencils, crayons, markers, scissors. You name it, it’s in there.”

The efforts concluded a win-win situation for all parties involved. The school districts received much-needed supplies — saving families from possibly being exposed to COVID-19 at office supply stores — and the Skyline Bookstore re-established their brand to keep working through minimal business. It also presents more opportunities for them to thrive with more collaborations in the near future.

“We are getting interest from rotary clubs around the Bay Area who are interested in continuing this project with their schools,” Bortoli said.

Without the brainpower of Amanda and Ed Bortoli, Kevin Chak, the rest of the bookstore staff, and the SSF Rotary Club, this mission wouldn’t have been possible. Young kindergartners are now able to color their way to success thanks to the incredibly mindful donation. As for the Skyline Bookstore? They’re just happy to help.

“We’re doing it in a sanitized and safe environment without millions of hands packing it, and making it safe for the parents to get school supplies for their kids,” Chak said. “That’s a first (for us). And hopefully the first of many.”