Dr. Masare: From Tanzania to Tenure 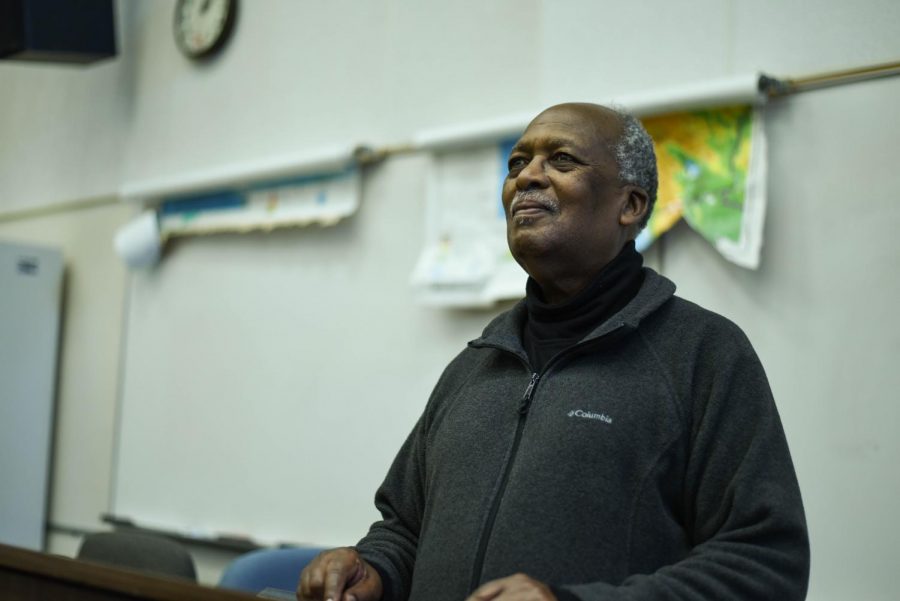 You might see him striding across campus with a hat similar to Crocodile Dundee, minus the Bowie knife, of course. Dr. Johannes Masare began his career teaching Political Science in Tanzania, Africa in 1966 at Dar-es-Salaam University; received his master’s in political science at UC Berkeley in 1970 and his doctorate at the same institution in 1978. Dr. Masare started teaching at Skyline College in 1985. At age 79 he’s the eldest tenured as a professor at Skyline.

When asked about his long career as a teacher, spanning 53 years, Dr. Masare said, “That is my calling, my mission, my vocation.”

Born May 15,1940 when Tanzania was still Tanganyika and the coastal archipelago of Zanzibar, Dr. Masare stated, “My sisters carried me on their backs…I was not allowed to walk. I was loved; I grew up in an environment of being loved.” Emphasizing the communal nature of his people and the idea that indeed it does take a village to raise a child.

He dedicated his dissertation to his mother, “who taught me my ABC’s and One, Two, Three’s.” He was one of seven children, whose father wanted him to herd goats; however, his mother saw something special in her son. She said, no this child of mine is going to school and went to work to pay for his education

Even at a young age, Masare had a gift for critical thinking. The Catholic Church being a cultural icon during his formative years asked him to become a priest, but declined saying, “I am an independent thinker.” In response to the Einstein quote about being “passionately curious” he said, “I’m incredibly curious.” In 7th grade, while studying for his Catechism, he asked his priest, “Where did Kane get his wife from?” To which his priest responded, “Johannes, you ask too many questions.”

Dr. Masare is well versed on many subjects, from astronomy to political science and politics. He responded, “I study many things.” Being well read and a prolific reader, he can converse on many diverse subjects.

Two students leaving his afternoon class shared their thoughts about Dr. Masare. The first Joseph Vawter, attending his second year at Skyline stated Dr. Masare has “Great insight.” His other student, Mutul, a second-year kinesiology major reflected that he loves the philosophical principles and ideas, as well as the value he places on education, especially teachers being an asset.

Dr. Masare brings that essence of the communal nature of his homeland into his classroom creating a welcoming environment in which a student can thrive.