Winds from ‘Part of Your World’ 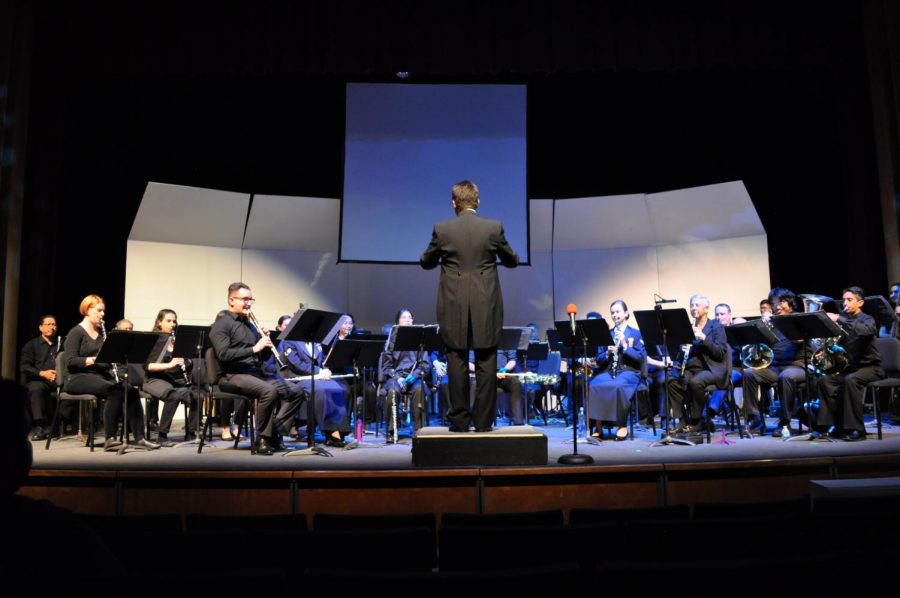 I had not stepped into a campus auditorium since high school, so when I attended Skyline’s “Part of Your World” concert, I had minor expectations.

I could smell the Ben Nye powder as soon as I took a seat. The anticipation the guests and performers alike were experiencing as the dimming lights was an indication that the concert was about to start.

I am inexperienced when it comes to classical music, let alone orchestra, but one thing I noticed from the concert was that before the musicians played, they licked their lips. It was a perverse observation but I found myself staring at individual players, waiting for them to do that before their cue.

The title and the rehearsal concert (the result of eavesdropping) can be a little misleading. When I heard “Part of Your World”, I assumed the whole concert was going to have a “Little Mermaid” theme, but I was pleasantly surprised to find out that the music would be from “All Around the World”.

The music origins ranged from Spain to Egypt, but it also featured an interesting choice, called “Alma Mater” which celebrated Skyline College’s history. It even featured a seasoned member, Billy Robinson (Professor Emeritus), who has been part of the orchestra since the campus’s grand opening. The members highlighted him that night, which was a feel-good moment of recognition.

The concert was dominated by wind instruments —flutes and clarinets — but it did feature instruments like the bongos and a double bass. Nothing can replace the transitions between live performances: the musicians drinking water, the double bass player re-adjusting herself, the members whispering to each other.

The concert opened with two vocalists, April Bracy and Angie Alvarez, accompanied by Margaret Fondbertasse oh the piano. Their voices were full-bodied and far from airy. I found their renditions captivating. The microphone amplified their vibrato and it was hard for me not to get chills.

I could not stop staring at Senior Airman Candy Tasker as her flute kept reflecting on the spotlight. Even though the whole woodwind ensemble played beautifully, her solos really stood out to me.

I was often told that non-lyrical music is open to interpretation, but when I’m given that much freedom, it’s hard for me to indicate an isolated mood, feeling or emotion.

When the concert concluded with a five-minute medley from “The Little Mermaid” feelings of nostalgia came back. Since I had grown up with Disney princesses, I already had embedded emotions. The songs were only orchestrations, of course, but the feelings were already there. Several days later and I’m still singing “Part of Your World” it allowed feelings to resurface. It was a nice way to end the concert.

The main conductor, professor Zachary Bruno, even had an interactive moment with the audience. I always appreciate that during public performances. They had the audience clap with the beat, which gave a sense of unison within the whole room.

If Friday night reconfirmed anything, it’s that you don’t have to be an expert to appreciate or enjoy something. Everyone has an opinion. Although it’s hard for me to display it sometimes.

I genuinely enjoyed the concert, which I wasn’t expecting. I admired the precision of the musicians and the synchronization they exhibited throughout the entire performance.