J.Cole helps us choose wisely with the messages of “KOD” 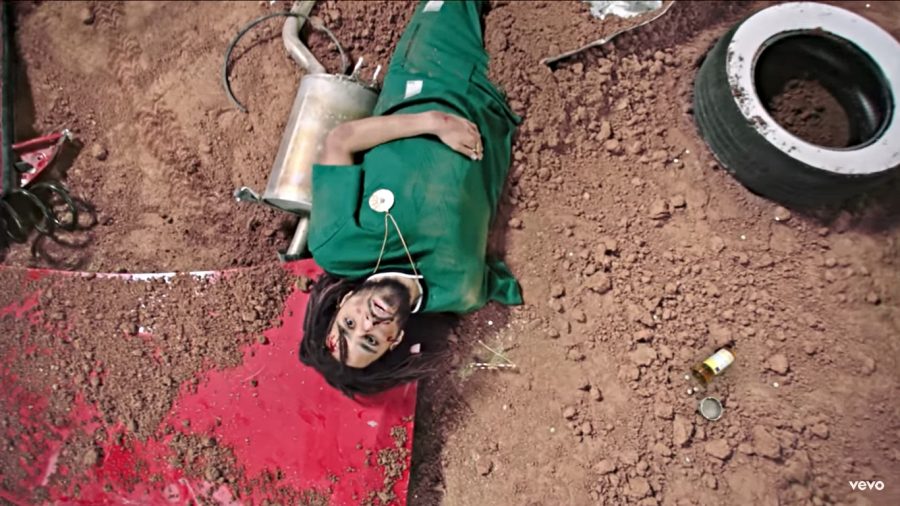 J.Cole uses his platform to speak to the public and other artists on a personal note in the release of his fifth studio album “KOD”.

“KOD” hits many people on a personal level out there as the topics of the album include addictions such as success, money and drug abuse. He ends the album with a personal message to other artists on how to survive in the rap game.

In its first week, the album has sold 397,000 copies and surpassed Drake’s “Views” for most album streams in 24 hours by 1 million on Apple Music with a total of 64.5 million streams its first day.

The album’s title has three meaning such as, “Kids on Drugs”, “Kill Our Demons” and “King Overdose”. The album artwork consists of Cole wearing a crown and robe as a king. Under the robe we can see what appears to be skeletons and children abusing substances. We can see the image J. Cole paints on the album cover is about this society that lures your demons into the ways of addiction. J. Cole displays a strong message through the artwork about “King Overdose” trapping society into these different addictions people have. Listening to the album itself helps spread the message on how we can “Kill Our Demons”.

J. Cole is known to surprise his fans, and tweeted on April 16 that he would be holding an impromptu event in New York City that night. He specified that there were no phones and no bags allowed. The event wasn’t exclusive as he said that there was no guest list and it was a first come, first served event.

As the event was about to start, J. Cole announced that he was coming out with a new album Friday, April 20 and the audience would get a first take on the album before its release date. He also held another listening party for fans in London on April 18.

As the clock struck midnight on the East Coast, it was a “Cole world” for hip-hop fans once again. When listening to the album, a completely different side of J.Cole is revealed. This album strayed away from his typical style.

J. Cole decided to change his delivery for this project by rapping in a similar flow to this generation’s artists and with trap beats and soothing beats that switch up his deliveries on certain tracks. The song “KOD” which kicks off the album, has aggressive lyrics and flow in addition to a catchy hook. “Kevin’s Heart” is another track that has a soft delivery in speaking about temptation and having affairs with other people.

Many people have different preferences for what they want in hip-hop whether it’s to receive a message or to simply turn up and enjoy the music. Listeners get both of those feelings with this album. The catchy and repetitive hooks in “ATM” has you repeating the hook yet receiving the message. He raps: “Count it up, count it up, count it up, count it. Can’t take it when you die, but you can’t live without it.” You find yourself pausing in awe when you hear that hook because it becomes a hook to reel you back to reality of people having an obsession with money.

For the third time, J. Cole has expressed himself without adding any featured artists to the album. Except for one feature who goes by the name “kiLL edward”. It turns out that kiLL edward is J. Cole’s alter ego that was inspired by his stepfather, Edward.

With the success the album has made so far, J. Cole is close to reaching his fifth platinum record with this album. As you find yourself listening to the album with the “Intro”, you connect yourself with each song and finish with a personal story on addiction with his mother on “Once an Addict”.

J.Cole never ceases to speak his mind, but has changed directions on how he gets his point across. “KOD” is an album that will have you speechless and thinking about whether the messages apply to your life as well.