Political undertone of the Grammys 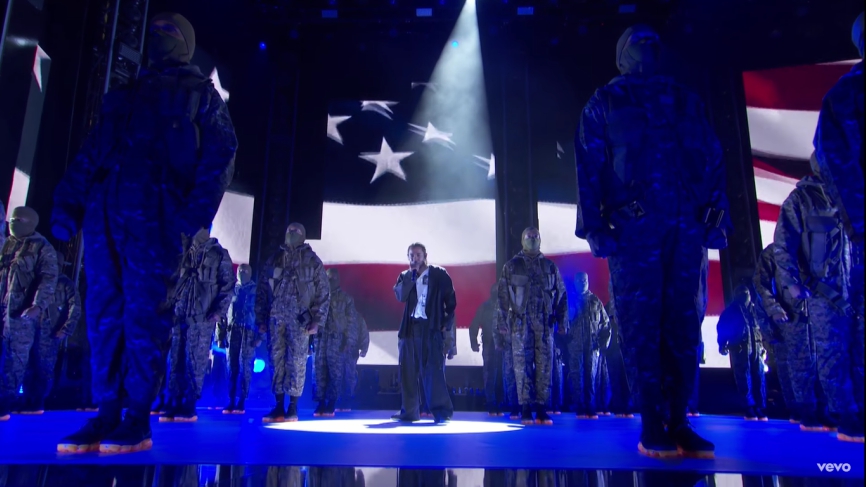 The attendees of the 2018 Grammy awards took a stance against a couple of the major issues affecting the entertainment industry. Kendrick Lamar opened with an exhilarating performance of two tracks from his most recent album Damn.There was a powerful statement regarding race in America inserted during the middle of the opening act.

“I just wanted to remind the audience the only thing more frightening than watching a black man be honest in America is being an honest black man in America,” said Comedian Dave Chapelle.

This straight forward approach on race is a new take on an old but ever present problem of racism in the United States. The back drop for Lamar’s performance was a ski masked platoon in camouflage and a projection of a waiving American flag. This set the stage with a political undertone and added emphasis to his controversial lyrics. Lamar also featured Bono and the The Edge in his performance, but not before declaring their interjection as “A satire by Kendrick Lamar” this provided comic relief for a very intense performance.

Past Grammy’s have been notoriously white, especially in the winners circle. Bruno Mars taking home three of the major awards showed a slight improvement for the academy in selecting a more diverse group of winners. The only female to leave Madison Square Garden with a Grammy was Best New Artist Alessia Cara. Women had a meaningful impact on the 60th annual Grammys ceremony.

Janelle Monae highlighted women’s empowerment and the time’s up movement with an emotional speech that called for an end to the mistreatment of women in the entertainment industry. Monae received a standing ovation from the crowd before introducing the next performer, Kesha who refused to be silent in the midst of the controversy of fighting her ex-producer on his assault against her and her career where she sang “Praying” for her performance that she did along side the all female choir, Andra Dray, Camila Cabello, and eighties pop star Cindy Lauper.

Rap artist Logic sent off the star studded event with a heartfelt performance of his song named after a suicide hotline, 1-800-273-8255. He ended his performance with a statement addressing gender equality, social injustice, and immigration.

This was another example of confronting relevant issues head on and utilizing a platform to spread a message of progression.