The Skyline View • May 3, 2017 • https://www.theskylineview.com/the-focal-point/features/2017/05/03/polynesian-luau-celebrates-skylines-diverse-community-of-students/ 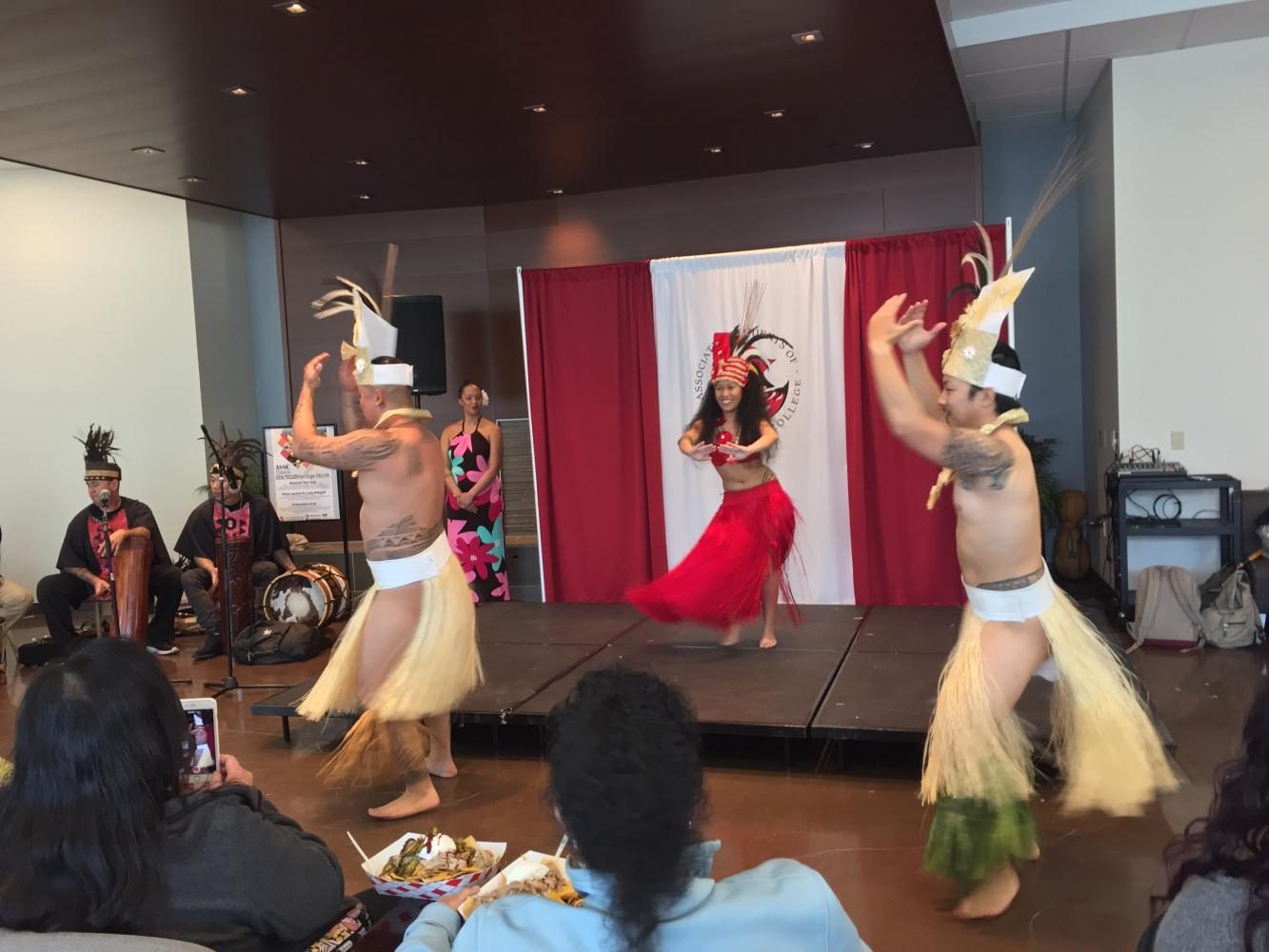 The annual event was part of the few programs that were being organized by the Associated Students of Skyline College (ASSC) to help celebrate the diversity that can be found at Skyline. They also held an event for Burmese New Year earlier last month for the same reason.

“We do this every year before the semester’s finals, the dates may vary but it is usually a month before the last day of school,” ASSC’s co-adviser, Anjelica Gacutan-Viloria said. “We are doing this to provide a platform for students to celebrate their heritages and allow others to get to experience their cultures.”

The event began at 10 a.m. with a series of dances and poetry readings. Throughout the day, the organizers provided students with Hawaiian pulled pork nachos, a dish that is very popular among Pacific Islanders. There were different booths around the hall that sold products with tribal prints on them as well, such as towels and coin bags.

“We only started selling these this year and we will see if people like them,” Anjelica’s mother, Chloe Gacutan said. “She [Anjelica] handmade all of these and she really loves to get crafty and people seem to like them, too.”

As the event was coming to an end, the dancers performed a show-stopping routine that caught a lot of the onlookers’ attention as crowds were filling up the hall. Everyone was cheering once the music stopped.

“I am glad they are doing this,” Amelie Taisacan said, a web design major who was among the crowd. “I think it is very beneficial because we are crossing cultures and it is easier for each other to get to know our classmates better.”

Taisacan thought the event was very successful because it brought people’s attention to a culture that they didn’t know much about and mentioned she would have been there from the beginning if she had known about it beforehand.