Ten Tips on Building your own gaming PC 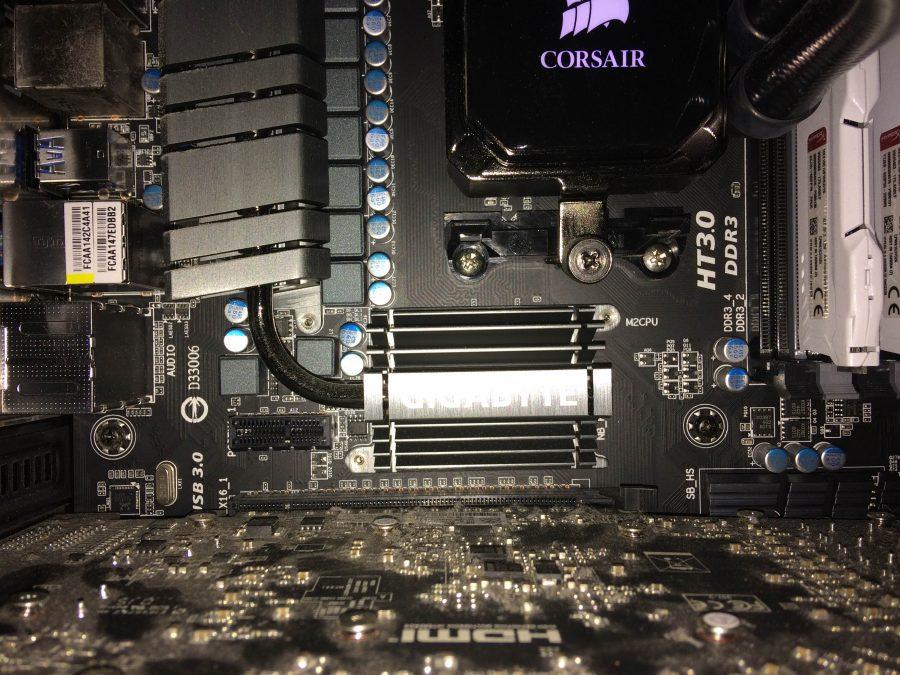 Inside of a gaming tower showing its core components.

So, you want to build a gaming computer in 2016 and don’t know where to start? Building your very own gaming computer is easy just like many people on the Internet would, but there are some things that you may need to consider. Remember that these tips are strictly for computers that can game and do some video/audio editing. These tips are supposed to help you pick the most optimal parts for the least amount of money, the most “bang for your buck” if you will.

1. How much is your budget?

First of all, you need to figure out how much money you have and how much money you have to spend. You don’t have to pay exorbitant rates for your computer parts to get the best performance. Most of the parts that you will be buying will have a “price-per-performance” ratio, like graphic cards and CPU’s. Make sure to look up the price-per-performance ratio of the part that you want before buying them to get the most out of your dollar.

The motherboard is the platform of your whole build. This is where everything connects. However, there are many beginner builders that would think buying motherboards would be complicated, while in reality it is not. Most mid-range motherboards would perform just as well as an “enthusiasts-grade” motherboard, the only differences are certain features that would be beneficial for enthusiasts. Do not overspend on a motherboard unless you know how to use those extra features on a high-end one. Another thing to remember is that your motherboard needs to be compatible with your CPU.

The CPU is the heart of every build. However, it doesn’t have to be the most expensive part. In most gaming computers, a quad core processor is more than enough to run most games. A current generation quad core can cost around $150 to $200. However, if you are a person who does quite a bit of video editing, you may need to invest in a better CPU to speed up your rendering times. Buying memory is pretty easy when building a gaming PC. Most games can run at eight gigabytes and a set (or one stick) of eight gigabytes of RAM would cost you around $60. However, if you video edit or use a lot of tabs on your internet browser, you may need more. Just make sure that your RAM is compatible with your motherboard.

Nvidia and AMD are two of the biggest designers of graphics cards out there. Some people may argue that there is not much difference in both companies. However, picking a graphics card that come from Nvidia or AMD can be pivotal for some games to run better. For example, most AMD cards (Radeon series) can run more optimally on titles like “Battlefield” and “Hitman” because they are “AMD Titles.” This also goes for Nvidia (GeForce Series), as they have the Witcher games and several other titles under their optimal umbrella. So keep in mind which games you are going to play the most, and buy your graphics card accordingly. Another thing to keep in mind is that AMD will sometimes bundle games with their GPUs (Graphic Cards) while Nvidia will have frequent rebates on theirs. Note that both AMD and Nvidia cards can run all games, some just runs better on a particular card designer.

A tower is the house of your computer components. Some people go crazy with their towers and buy the biggest one they can find, and it will be half-empty after the build. Make sure to buy a reasonable case that can house your components and has enough room for future upgrades. Right now, there plenty of new cases that are affordable with roomy interiors, while still being aesthetically pleasing. You can buy a tower for under $80 that can last you a lifetime because of their expansion capabilities. Recommended brands are Phanteks and NZXT since their cases are relatively cheap with valued interior for upgradability. Feel free to look up different brands as well to see which one you like. The power supply or the PSU of your computer follows the same principle as a tower in terms of expand-ability. The power supply allows your PC to accept any upgrades that you put in it depending on the wattage. An 850 watt power supply is more than enough to power all of your components and then some. In some cases, you may not even need that much wattage. Thousand watt power supplies are only recommended for PC enthusiasts that run dual-graphics card configurations.

For many PC enthusiast, an “SSD” or solid state drive is a must on every build. Although these drives can’t hold much data compared to its equally-price mechanical counterparts, they are much faster. However, these things are not cheap so it is recommended to have a “SSD-Mechanical drive” combo, partitioning part of your SSD to your operating system (Windows, Mac OS, Linux) with room for a few key programs and your mechanical drives for everything else. This will ensure that you have the space for games and the speed for the programs that you need it for.

This part of the build is often the most forgotten. Tech reviewer Linus Sebastian once said “You should purchase a monitor more like a piece of furniture, because everyone benefits from it. Things just plain look better from a good monitor.” The thing about a good monitor is that replacing it takes a while because its performance doesn’t evolve like GPUs or CPUs. So, saving up for a great monitor would probably be better in the long run than buying an okay one now, and upgrading down the line.

Buying a good keyboard and mouse is not really as complex as buying a CPU or a GPU, but it is just as important. Many computer enthusiasts would recommend buying a “mechanical keyboard,” which are the “cream-of-the-crop” in terms of keyboards. While mechanical keyboards are fantastic and heavily recommended, any old keyboard would do for now, as an upgrade to a mechanical keyboard later won’t be difficult. Some manufacturers even sell keyboard and mouse bundles, like Thermaltake and Coolermaster. Getting a high-end mouse isn’t as much of an issue in comparison to keyboards because they are relatively cheap, though it varies quite a bit. Just make sure you look at a mouse’s features before you buy it. Personally, I prefer a barebones mouse without many features; I use the Razer DeathAdder. However, the only thing that you need to keep in mind is that RGB back-lit keyboards and mice are not necessary and usually come with a premium. Just buy a regular mechanical keyboard (or a standard one if you don’t have the money) and mouse and save some money.

For audio set ups, most people would go for headphones. There are plenty of choices. However, one recommendation that always seem to pop up again and again is the Hyper X Cloud II Headphones. They are relatively inexpensive ($100) and come with a great detachable microphone for communication purposes. Desk microphones and audiophile headphones are also a great choice for an audio set up for people who like to record high quality audio for podcasting or video blogging, though they are more expensive (about $150-300). This is what I run for my audio set up. For my microphone, I run a RODE NT-USB Desk Microphone with an Audio Technica ATH-M30x headphone. If you don’t like headphones, speakers are definitely still a thing, just keep in mind the neighbors need to sleep too.

A lot of people discount an operating system to the overall price of their build which can lead to them forgetting. Make sure to save $110 for a licensed Windows 10 copy. Windows is user friendly and would typically be required to run most games. You can also install Linux as your operating system, which is free but it can be a hassle to install, however many games do support this OS. The final thing that people forget to include in their build cost is games. You are building a gaming PC after all, so make sure you save some cash to take that new “console-crusher” for a ride! If you follow all these tips, you may well have the optimal gaming machine that you will ever need. Welcome to the PC gaming master race!