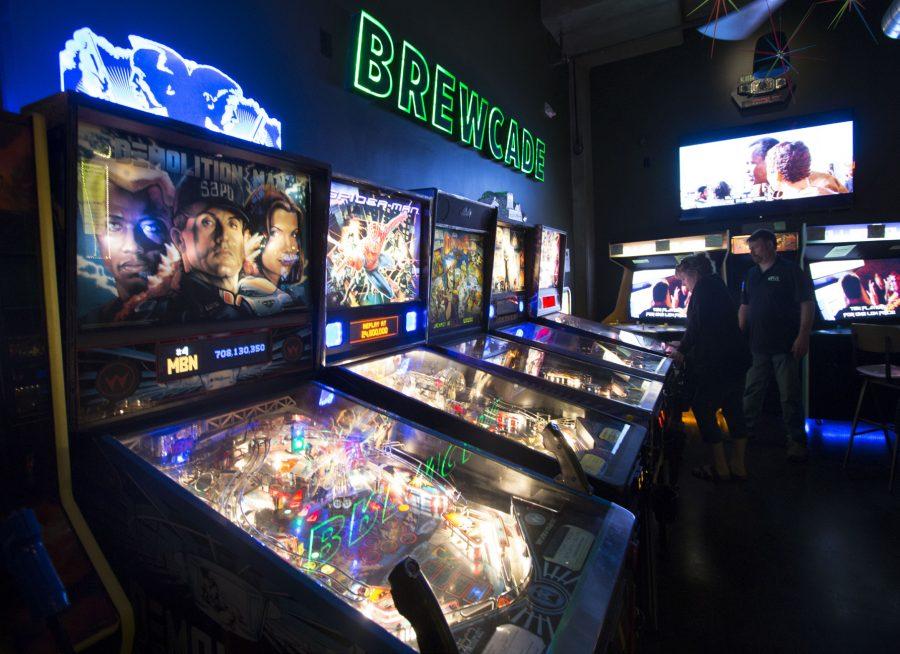 Brewcade offers a great selection of games and brews for someone to enjoy.

To many young gamers, arcades seem like ancient relics that propelled the world of gaming to where it is today. A place where their fathers spent countless coins, getting the highest score in “Pac-Man” or “Galaga,” back when they were adolescents, escaping the world through video games.

Although it seems like arcades have gone extinct and is just another part of gaming history, there are still a few places out there that keep the arcade spirit alive. The Brewcade, located on 2200 Market St., is one of those places.

Shawn Vergara, the 48-year-old owner of Brewcade, brought the concept of brewery and arcade back from Colorado two years ago.

“I had visited a bar with my nephew in the Midwest in Colorado,” Vergara said. “As soon as I heard about it, I said we have to bring this back to San Francisco.”

The moment you walk in, you will be greeted by the old school sounds of button mashing, pinballs clashing, and joysticks thrashing while arcade systems and pinball machines flash and sparkle.

Beyond electric entertainment,
the establishment also has a wide selection of drinks for people to enjoy. They have wine, specialty sodas, a wine slushie known as “Grape Drank,” and lastly their vast selection of beers on tap that are constantly changing.

“The draft list changes so much there is always something new,” Vergara said. “We work mainly with self-distributed beers, local, throughout the bay area, and do a little national with some imports.”

The best part about their draft list is that it showcases great local breweries people might not know about. And the upside of partnering with local breweries is the fresh brews costumers get to taste.

“It’s fresh beer; the beer is made one day, it’s on our tap the next day,” Vergara said. “We’re constantly keeping our list fresh, a trend you’ll see in the industry.”

The draft list isn’t the only impressive offer either. The establishment’s list of games is fairly extensive as well, including many classic games like “Galaga,” “Space Invaders,” “Pac-Man,” “Street Fighter” and “Asteroid.”

To avoid being completely retro, the Brewcade also has newer games like “Mario Kart” and “Super Smash Bros.” on a Wii U console. But their most popular game, which has gained a following in the bar, is a newer arcade game called “Killer Queen.” It is the first ten man arcade game.

“I actually play every Monday and Wednesday with a community that has formed with this one specific game,” Vergara said. “I love it, it’s simple but it’s very strategic and high active.”

The Brewcade is close to the feel of old school arcades, but with a great list of fresh local beers and a mix of classic and modern games.

It’s a place where one can let loose and for a moment lose themselves in a game with some friends. “I kind of like to tell the crew we’re the ambassador of fun,” Vergara said. “It’s really cheesy, I know, but people just want to come chill, relax, blow off some steam, and just want to have some fun.”

Just make sure you have some small bills like ones and fives to get quarters, unless you want to ball out and spend $20 or more on the arcade.

At the end of the night, all that matters is that you enjoy yourself.