From Netflix to YouTube, Skyline is feeding their mind with intrigue 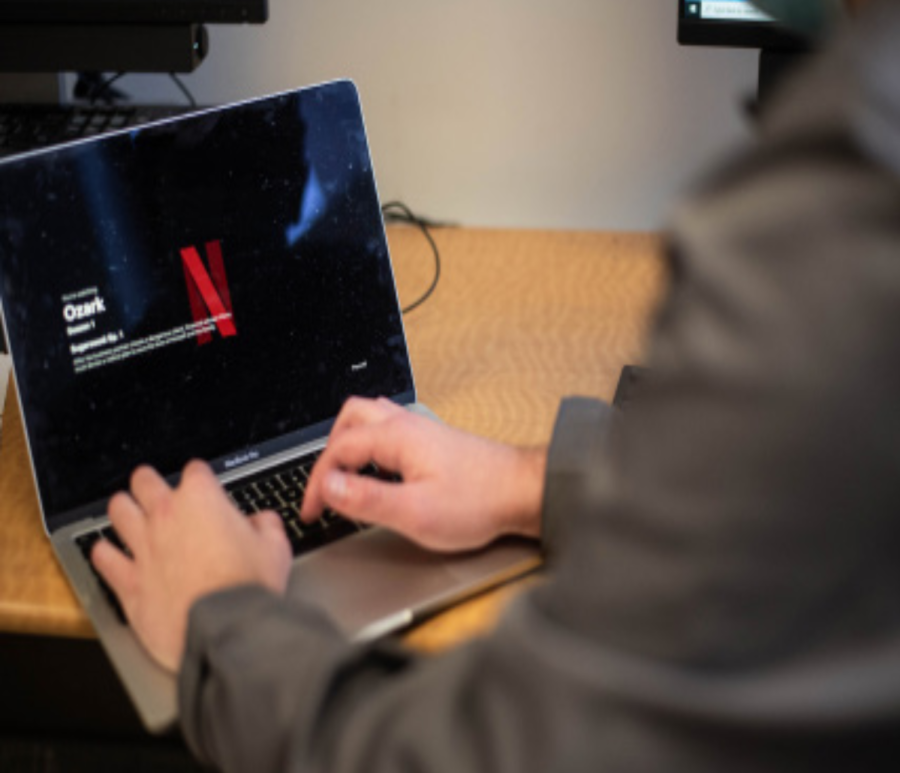 Netflix has the largest subscriber count among streaming services. Over 600 accounts are currently active.

Choosing a television series has never been easier. The blueprint used to revolve around a couch, a remote control, maybe a few pillows and blankets and a high-quality flat-screen TV.

Even the TV guide — oh, the nostalgia of flipping through those pages every week — has slowly found its way into the rearview mirror of millions of Americans in recent years.

Plain and simple: it was the traditional way of watching audio-video content even after streaming services started, creating big splashes in the entertainment industry. Fast forward to the current happenings: television series could be viewed on a laptop at work, or even a cellphone while waiting for the endless BART excursion to conclude.

More streaming services have created more options for viewers. Whether it’s the old and reliable leaders, Netflix and Hulu, or fast-rising newbies, Disney+ and Peacock, there is always something for everyone. As of May 2020, 70% of subscribed members of streaming services were in the 18-34 age group. The assumption is that the number grew significantly because of the bonus free time opened up by COVID-19.

For many, keeping up with the latest entertainment trends is a priority.

Jackson Henley, a student studying kinesiology and nutrition at Skyline, is currently rewatching “Ozark,” a Netflix original series centered around a financial advisor’s association with the Mexican drug cartel. He describes the show as being “crazy.”

“I’m a fan of character development,” Henley said. “So, I like seeing how they interact with each other. The drama genre is pretty captivating to me.”

Drama has a way of gluing the viewer tightly to their seat. HBO’s “Euphoria” has taken center stage in the last three years and has grown extensively, becoming one of the most popular shows currently running. Although scenes can be excessive — nudity and sexual scenes galore — the show has been praised significantly by critics in a generally positive light.

There’s no doubt that recent global events have shifted the focus of many in the United States, Mariano-Smith included. After Russia invaded Ukraine, he began diving into shows that would further educate him on the many different angles of world news. To understand the brutality of the last world war, he recently watched “WWII in Color: Road to Victory” on Netflix.

“My favorite genre is military non-fiction, whether it be documentaries, podcasts or videos,” Mariano-Smith said. “I do this to understand the mindset needed to face the unknown and how to reach our full potential.”

To gather different perspectives on world news, Mariano-Smith browses through YouTube and Reddit to track down the latest headlines. Along with military-based podcasts like “The Team House” and “Jocko Podcast,” he frequently mixes in his passion for climate change for even more brain fuel.

The bottom line is that TV shows are more accessible than ever, and more people are watching the same types of series like never before. As word spreads, a seed is planted to grow a trend. With social media live-tweeting as powerful as it is, the trend of TV show recommendations only grows.

As a result, Skyline students will continue to keep up with the popular trends but also pivot their way to expand their knowledge.