Dune is 2 hours I will never get back

I watched Dune for “the plot” 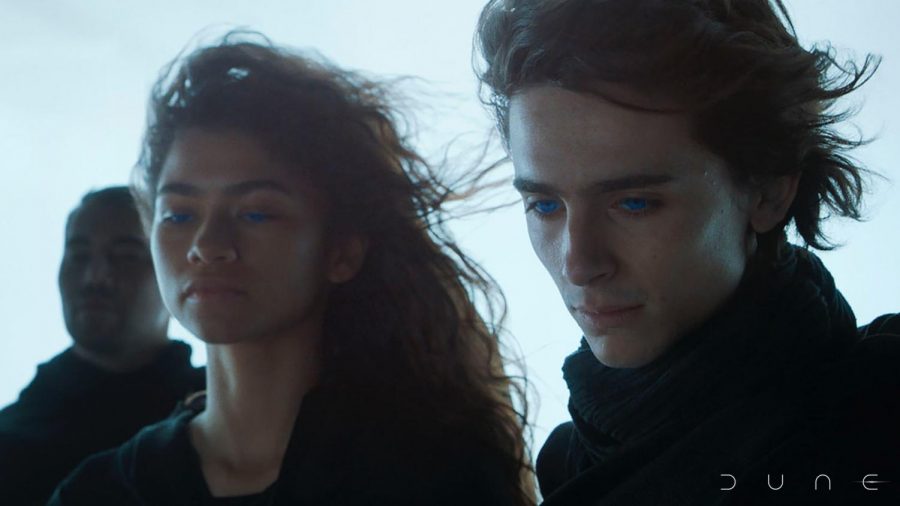 Dune was released on Oct. 22 and has generated mixed reviews.

I was promised Star Wars meets Lord of the Rings featuring the likes of Zendeya and Aquaman, instead, I watched two slow hours of Timothée Chalamet excreting exposition. Dune did not feel like a movie in its own right, but the drawn-out first chapter meant to kick start the rest of the book.

Dune Part One fails to create the captivating plot that an aspiring franchise needs for its opening debut. The pace is slow and the action is lacking, a death sentence for a movie that is nearly two and a half hours long.

The narrative that is set in place feels like a means to an end, a way to set up the next movie. Exposition and forced worldbuilding takes precedent in the first two-thirds of the movie, something that at best slows down the pacing and at worst confuses the viewer.

If you plan on watching the movie for Zendaya or Jason Momoa then you will be sorely surprised. Momoa plays the role of a simple side character with little development throughout the movie. Dune does little to make you care about what Duncan Idaho, Momoa’s character, experiences throughout the movie. You are not given a reason to care, you are just expected to.

If Momoa’s character was a disappointment, Zendaya’s character, Chani, takes it to a galaxy far far away. Chani is featured in only a fifth of the movie, most of which lacks dialogue. This is not to take away from Zendaya’s acting performance, she simply didn’t have much to perform.

The biggest failure of Dune is that there is no compelling reason to care about the main character, the supposed figurehead of a blockbuster franchise, until the final 20 minutes of the movie.

With that said, in the final 20 minutes, there is a reason to care about Paul Atreides. It also just so happens that Chani is fully present in those final minutes. If all of Dune Part One is spent setting up Part 2, then maybe there is hope after all.

I recommend that you skip Part One and hold out for Part Two which is set to release in 2022. If you are worried about missing major plot points, youtube it. Dune Part One is a crap movie, but it clears the way so that Dune Part Two doesn’t have to be.