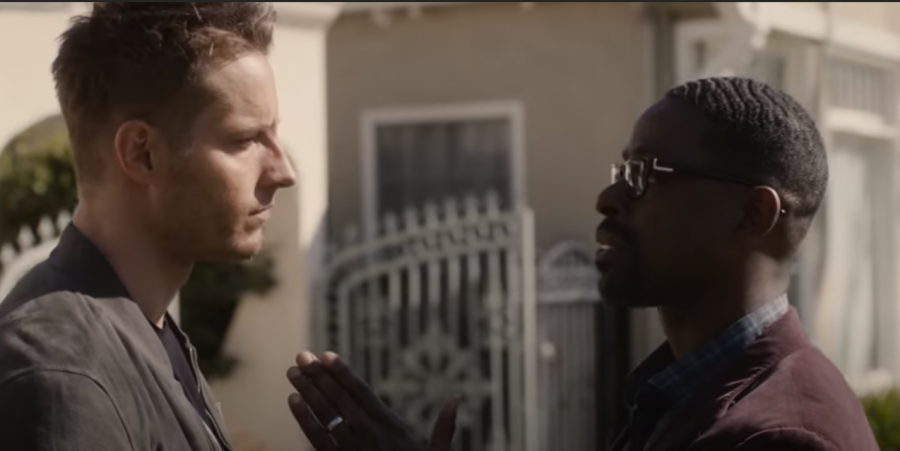 Justin Hartley and Sterling K. Brown share an emotional scene that causes big riff between the family in season 5.

On October 27, the fifth season of “This Is Us” premiered, and in a matter of minutes, the biggest topics of 2020 were addressed… in the right ways.

“This is Us” came to NBC in 2016 and rose in popularity, being nominated for and/or winning Primetime Emmys every year since premiering. The new drama series was known as that new show that will make you cry and immediately call your family members and tell them how you feel. The series centers around the Pearsons, a family of two twins, an adoptive brother and their parents.

After the pilot aired, viewers could understand that this was not a normal drama series. The series has an unique storytelling style, with which it is not a linear timeline where the series starts in 2016 and goes year by year. In the pilot, the viewer is tricked that this entire series is taking place in 2016, but one moment changes everything, and the viewer finds out this series does not take place during one year, but several. The series can start in the 1980s, jump to the 2010s and then end up in the 1960s, while still telling the stories of the Pearson family, as well as introducing characters with no backstories, and allowing their time jumping around in the structure of their storytelling to explain why these characters are important to the series.

By the end of the third season, the series had been renewed for a fourth, fifth and sixth season. Its creator Dan Fogelman who is known for Crazy, Stupid, Love and Tangled, subsequently announced that he planned to end the series after the sixth. In countless interviews, Fogelman has discussed the fact that he had this series planned out in only six seasons, which is rare for a showrunner to admit. Shows will usually go season-by-season, and make new stories as the season ends. Having these characters’ lives planned out back in 2016 there was nothing that was going to stop them from telling these stories throughout six seasons. Then we were hit with a pandemic, and the world was in panic. It left viewers wondering how television shows were going to address COVID-19: Will the fictional worlds create an even more fictional world — one that just ignores the harsh reality we live in?

The season 5 premiere, right off the bat, addressed the topic and more. The new season was not filmed via Zoom, whereas some scripted and reality shows have started doing that. It felt like the series was still filmed before the pandemic, but then we see Pearson family all in shock watching the news, and discovering the news that COVID-19 is in the United States and the world is heading into a lockdown. The series that was planned years in advance has now changed forever. The rest of the season brings the viewers back to the beginning of the pandemic, and how paranoid the world was. Season 4 ended with a huge fight between Kevin, played by Justin Hartley, and Randal, played by Sterling K. Brown, that ends up breaking the family up into two sides. With the COVID-19 element having been added, the family must realize that they must come together, and they must come together because they do not know what the world has to offer. 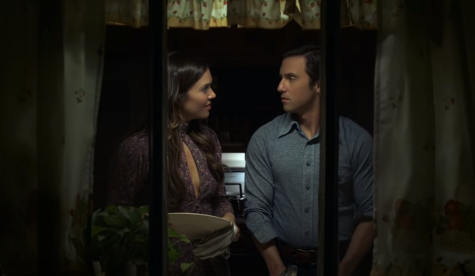 Not only does the series address the pandemic, but also the recent protests and emotions that followed the George Floyd protests. As Brown’s character is in the middle of an identity crisis, growing up in white family as an adoptive black child, he needs help dealing with the emotions he is going through as a black male in 2020.

Production-wise, the series does not feel different. Luckily, the series is built around time jumps that connect the past and future to the present. Archival footage is used with the addition of subtle new scenes that do not ruin the flow of the series. Viewers can see that the entire cast are not sharing the screen in these new set of episodes. The ensemble cast have their own set of stories, and the characters do not always have to be in the same scene. This gives hope for all the series that were delayed or had their seasons cut short due to COVID-19. There are safe ways of filming that keep the talent and production crew safe. As for those shows that tackle real-world situations, there is the right way to do it, that do not cause the viewer to dread watching these topics being featured. “This Is Us” season 5 has shown that showrunners and writers were not going to let unpredictable circumstances stop them from telling the stories they intended to tell.