A return to Batman Returns 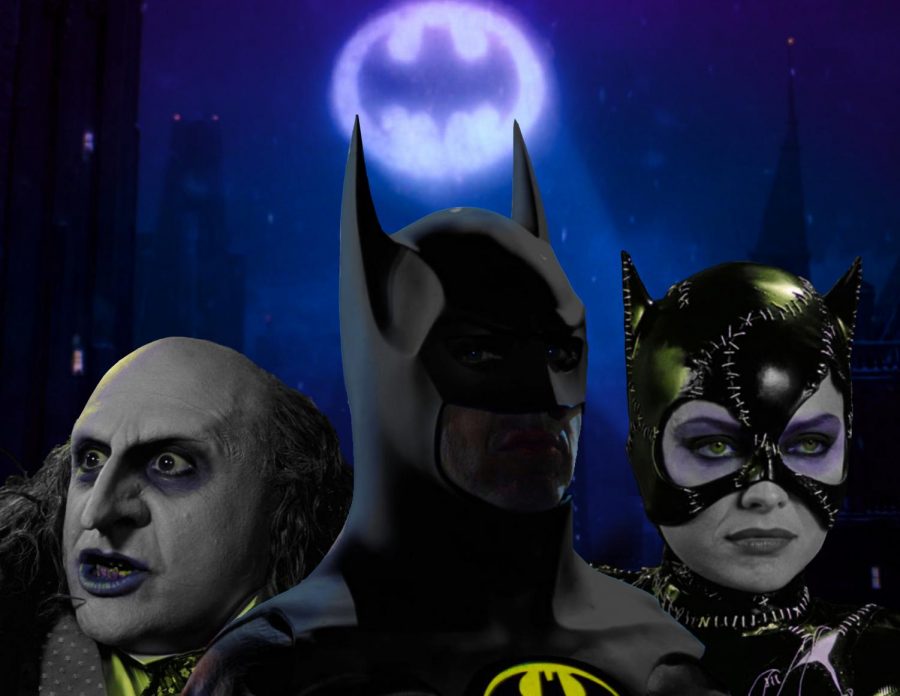 Three of the most important figures from the 1992 "Batman Returns" by Tim Burton: the Penguin, Batman, and Catwoman.

If you’re anything like me, a thirty-something elder millennial who went through a goth phase, “Batman Returns” was the movie that defined your spooky kid status.
When it hit theaters in 1992, this sequel to Tim Burton’s wildly popular “Batman” was deemed too dark and scary for the young audience it was marketed to, which, of course, meant I loved it. When box office numbers were also deemed too dark and scary (“Batman Returns” made a mere $282 million, whereas “Batman” raked in nearly $412 million), Joel Schumacher was brought in to make movies that could sell. And by sell, I mean sell toys.
Fast forward to today, when the buzz has been steadily growing for Matt Reeves’ reimagining of the Batman franchise. In the newest trailer from DC FanDome, Robert Pattinson (who was recently diagnosed with COVID-19) looks broody in his dark makeup. There are dings and scratches on the batsuit, and everything seems to be shot through a filter of grit. I’ll admit, the teenage goth in me is intrigued. However, I’m of the mind that “Batman Returns” is probably more relevant today than it was in ’92, and here’s why it deserves a re-watch:
Spoilers for a nearly thirty year old film ahead:
Kids in cages
At one point Oswald Cobblepot a.k.a. The Penguin, a short man in an ill-fitting suit with deformed hands and a propensity for non-consensual fondling, runs for mayor of Gotham City. Then, with the help of a private civilian army, he kidnaps children and puts them in cages. Sound familiar?
Corporations screwing people over
Selina Kyle is shoved through the window of a tall building because she discovers that the multi-million dollar company she works for is stealing electricity from the citizens of Gotham. Furthermore, it is later revealed that this same company is responsible for the irresponsible dumping of toxic chemicals.
Catwoman is the hero we need
The journey she, a.k.a. Selina Kyle, goes through is too familiar: She can’t get ahead at work because it’s a boys club, a powerful man performs a horribly violent act against her, and, through her suffering, she discovers a power deep within herself, using it to seek vengeance on those who wronged her. Absolutely relatable, aside perhaps from the death/rebirth scene where a bunch of cats nibble on her fingers… I hope.
Batman is a murderer
Sometimes, the police-sanctioned vigilante dispensing justice in custom tactical gear against the downtrodden, desperate citizens of a cruelly violent city who turn to a life of crime in their hour of need… kills them. With a bomb. In cold blood.
Danny DeVito has never been better
There’s no cultural commentary on this one, he’s just amazing.
If you’re jonesing for some caped crusader and you just can’t wait until 2021 for the new film, dust off an old VHS player and adjust your tracking, because “Batman Returns” is a nostalgic treat through the lens of our current times. If tapes aren’t your style, it can currently be streamed on HBO Max.