While in Quarantine, NBC’s New Show About a Girl With a Musical Power Gets us Singing 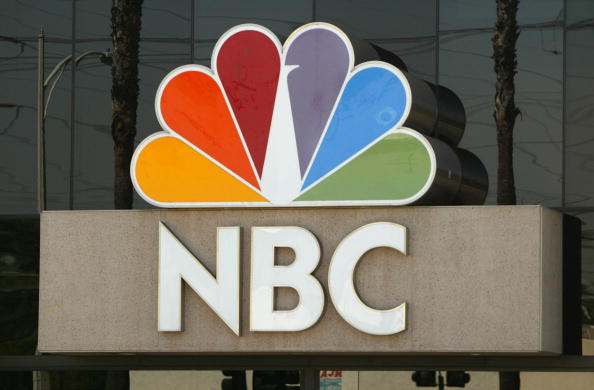 BURBANK, CA - AUGUST 28: The NBC peacock logo is seen on the NBC studios building August 28, 2003 in Burbank, California. Paris-based Vivendi is in the final stages of a long and drawn-out auction of its U.S.-based media assets, collectively known as Vivendi Universal Entertainment, or VUE. NBC is an auction favorite. (Photo by David McNew/Getty Images)

Music is all around us. We hear it in cars, on elevators, in grocery stores, heck, it’s even on your phone through downloads or streaming apps.

In the case of one girl however, it’s in the things she sees every day.

This is the premise of NBC’s new show “Zoey’s Extraordinary Playlist”. NBC has done this kind of show with the theme of music before with their show Perfect Harmony in the fall season.

The plot follows a girl named Zoey, who lives in the city of San Francisco and works at a tech company, called “Sprqpoint” (pronounced sparkpoint) as a coder trying to get a promotion to be a manager, and her life is seemingly normal. She wakes up one morning to her genderfluid neighbor singing music, and she complains about it to her. She then visits her parents, with the father suffering from a rare neurological disease that disables him.

After her mother recommends she get an MRI to see if she will get those same types of symptoms leading to a similar disease like her father has, an earthquake hits, and the music that was playing in the background to calm her down glitches. She then leaves the doctors office like nothing happened, and all of a sudden the people around her break into a dance number. However, it’s only her that can hear it. She discovers as well that she can hear the thoughts of her coworkers through music as well, like her boss, who feels bad in her relationship with her husband, and started singing “Satisfaction”, by The Rolling Stones. Another example is in another episode, when a pretentious coworker, who is jealous of Zoey, starts singing “All I do is win” by DJ Khaled.

The season so far is about her being able to control it and to help people around her depending on what song she hears them sing.

IMDb rated this show a 67, while Rotten Tomatoes rates it 73 percent on the “tomatometer”, while the audience score is at 80 percent. This is a great show for the music-centric person who likes music from all genres, and from what I’ve seen so far, the show has taken a dip into multiple genres. It has a nice balance of comedy and drama, as well as moments that are heartwarming.

The show airs Sundays on NBC, but you can watch the show from the first episodes to catch up on Hulu. If you’re feeling lost without something to watch in this time of quarantine, and feel like you got music in your soul, this is the show for you.