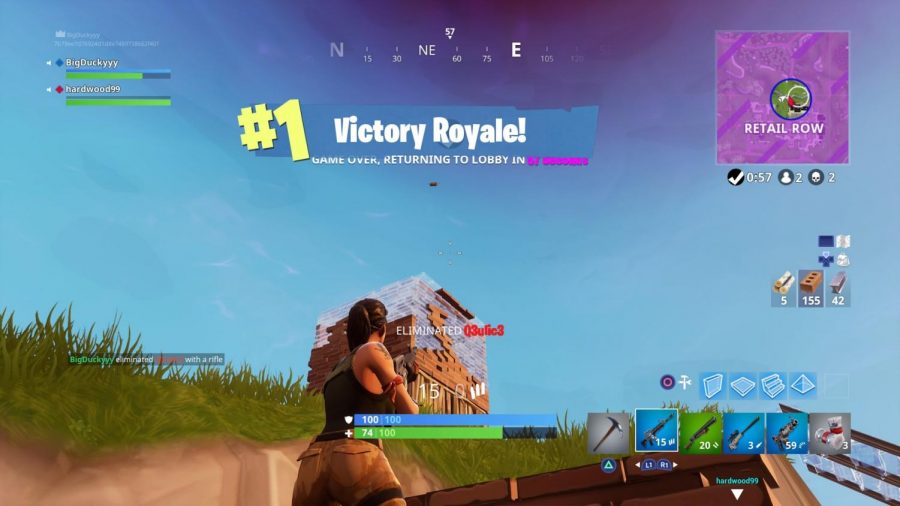 “Fortnite Battle Royale” offers a fresh take on a multiplayer survival game; the third person perspective and the 100 player destructible battleground allows you to harvest material and build forts while fighting to be the last player or squad standing.

The battle royale game mode is free to play on PC, PlayStation Network, and Xbox live. It has an expanding base of players and according to Epic Games, “Fortnite” has reached a recent peak of 3.4 million users concurrently playing the game.

Eric Williamson, lead system designer for “Fortnite”, told Daily Express, a tabloid newspaper in the U.K., “We’re really excited to announce we are at 40 million players.”

With the tremendous amounts of players this game has, there is a wide range of demographics playing that includes Skyline students.

“It’s not a regular first-person shooter,” said Ryan Chew, a 22-year-old student in his first semester back at Skyline. “They added the building element which is really cool.”

The major aspect of this game that keeps players coming back for more is the elevated gratification of a victory. With 100 players on a shrinking map, it is very easy to be eliminated early on. The determination to be the last one, or squad, alive keeps players glued to their controllers round after round.

The thrill of getting a solo or squad win on “Battle Royale” is a rush that very few games have the ability to capture. Putting 100 players into squads of four or individuals against each other, with only one person or squad emerging victorious, creates the higher stakes competition that gamers crave.

“Battlegrounds” is only available on PC and Xbox One but has sold around 30 million copies according to Steam, a game that has a similar last man standing objective to “Fortnite” but does not include the strategic building element.

Epic Games continually makes updates to “Fortnite” to improve the gaming experience for their users. They have added new weapons and game modes that keep the daily user activity up and increase the expansion of their player base.

Epic Games player statistics come from both game modes combined, and the success they have achieved in acquiring its huge player base is certain to affect how video games are sold in the future. They are consistently making improvements to Fortnite by adding seasonal themes and dramatically enhancing the frames per second the game runs at.