The horror of Get Out is non-fictional 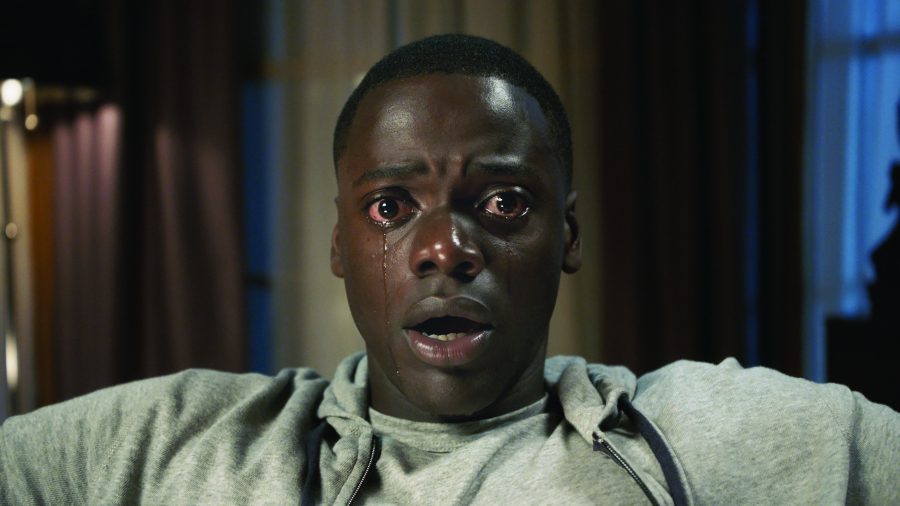 You know you’ve hit a home run when your film made over $100 million to date with a budget of only $4.5 million and almost every scene is being turned into memes and gifs. That is the case for Jordan’s Peele’s directorial debut, “Get Out,” which opened nationwide late last month.

“Do they know I’m black?” Chris (Daniel Kaluuya) asked his girlfriend, Rose (Allison Williams) during the opening scene of the movie. From the beginning of the movie, viewers knew that the protagonist was a self-aware young man who was in an interracial relationship. This set up the theme and tone for the rest of the movie.

The couple goes on a weekend trip to visit Rose’s family and that’s when things went awry. Rose’s family is portrayed as middle-class and the only two other people of color in the house were the gardener, Walter (Marcus Henderson) and a maid named Georgina (Betty Gabriel).

To make things worse, they’re very hostile toward Chris and the mystery starts to unfold when we find out Chris’ mom was killed in a hit-and-run accident years ago and he couldn’t bare revisiting the memory.

I really love this movie for so many reasons. Newcomer Daniel Kaluuya was very fascinating to watch on screen. In one scene, he went from being hypnotized to tears running down his face in a matter of seconds which made the audience gasp.

His performance was very thrilling and kept the audience on the edge of their seats as we weren’t sure what the fate of his character would be. It was very intriguing to watch all the way through.

I think Peele had a really good grasp of juggling horror and comedy in the movie. Although he is better known as half of the comedy duo Key and Peele from Comedy Central, this film showcased his directing ability and established his credibility as a screenwriter.

The film felt very relevant given how timely the subject matter was considering police brutality and racial microaggressions are occurring across the country. In my opinion, the movie is an instant classic because it portrayed just how terrifying it is to be living in our world now. It perfectly captured the anxiety and nuisances we experience when we bring up issues of racism with strangers.

The filmmaker begged the audience to step into the perspective of a black man facing a room full of white people who adopted the forced geniality to mask their discomfort with his race.

Some people might consider the movie to be exuding racism as it painted the Caucasian characters to be the villains, but that was exactly the opposite of what the movie was trying to say.

It serves as a tool to bring up the challenges faced by African Americans in this century as they were told to act and speak a certain way just to make others feel at ease. If you haven’t already, I urge you to “Get Out” there and visit your local theaters to join in on this nationwide conversation.