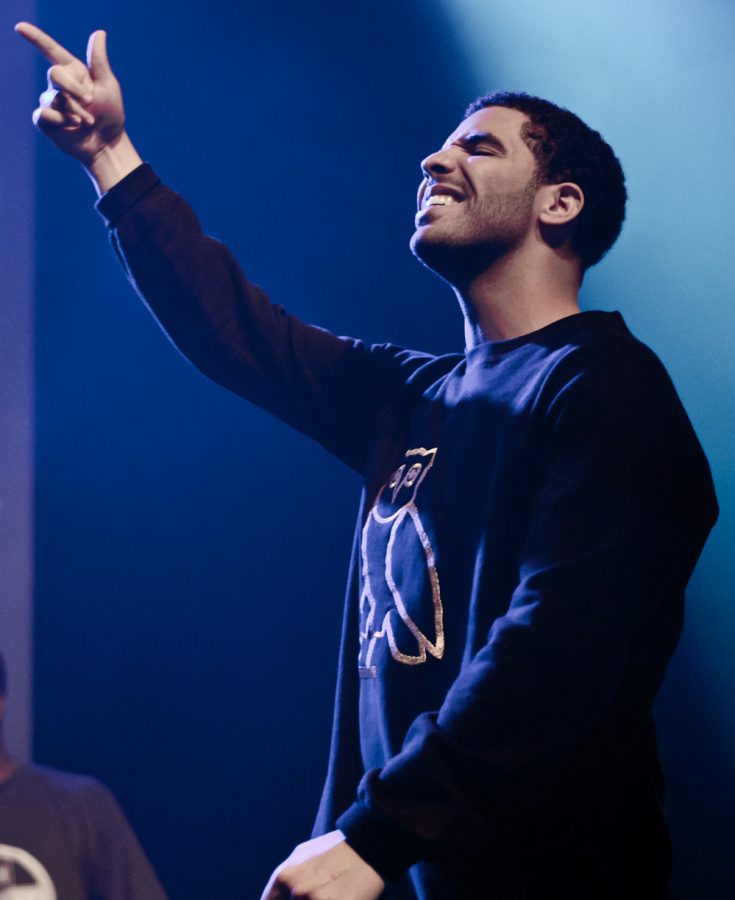 Drake releases a new album that brings audiences into a personal perspective.

“VIEWS,” formerly known as “Views From The 6,” is the latest album from Toronto rapper Drake, released on Apr. 29. On this album, Drake keeps some of the confidence that was exhibited on his previous mixtape “If You’re Reading This, It’s Too Late” while taking listeners into the more personal side of Drake. The attempt, I think, works better than his last album, even if there are some rough patches. “VIEWS” is a success, mostly living up to lofty expectations, and even though it is a bit safe at times, it’s better for it.

“VIEWS” starts off with the bombastic song, “Keep the Family Close”, which features some loud, almost cannon-like drums interlaced with soft violin. Drake sing-raps about relationship problems that are no stranger to anyone who’s listened to some of Drake’s previous works such as “Take Care” or “Nothing Was The Same”.

“Keep The Family Close” is one of the highlights of the album because it’s still the kind of grandiose, high production value song that one would expect from an artist like Drake, while tapping into more of Drake’s inner struggles with trust at the same time, without too much compromise.

Drake goes into his struggles with fame and relationship issues that come from it, which suits him well in its sing-rapping. While it may be a little more derivative and safe, it certainly works in Drake’s favor, especially compared to songs like “Pop Style,” where Drake feels uninspired and his songwriting suffers.

The line, “Got so many chain they call me Chaining Tatum” from the song “Pop Style” is perhaps the line that is most evident of where “VIEWS” can sometimes go wrong. While some of the more hyped up tracks serve their intended purpose mostly well, they suffer from a lack of substance, and make Drake feel more one-dimensional than he really is.

Thankfully, songs like “Pop Style” are more the exception than the norm, and the hyped-up songs make songs make sense when taking Drake as an artist in context. Drake is an artist at his arguable peak, where he can drop an album on a random day and have near 500,000 people buy a copy in the first week.

“VIEWS” also dabbles briefly in other genres such as dancehall on songs like “One Dance” and “Controlla,” a clear product of the Jamaican influence from Drake’s hometown, Toronto. These songs are okay, especially since the beats are a nice change of pace, but they don’t seem to fit Drake as well as the other, more safe songs on the album do. They seem either like filler to make the album longer or singles to push to radio, and while they’re mostly inoffensive, they could easily be cut from the album without anyone noticing their absence.

In short, “VIEWS” is a solid effort from Drake that brings together his personal side more often, which works well in his favor. The production on this album is much more versatile this time around as well, sporting production mostly from frequent collaborators Noah “40” Shebib and Nineteen85, with contributions by Southside and Kanye West as well. From the loud, booming drums and almost ethereal synths on songs like “Grammys” to the more laid back, chorus-driven “Weston Road Flows”, the album still manages to sound fairly cohesive without sounding too same-y throughout. Drake seems comfortable with himself on this album, and I think it works in his favor. If you’re more a fan of “Take Care” than “If You’re Reading This It’s Too Late”, this album is probably for you.