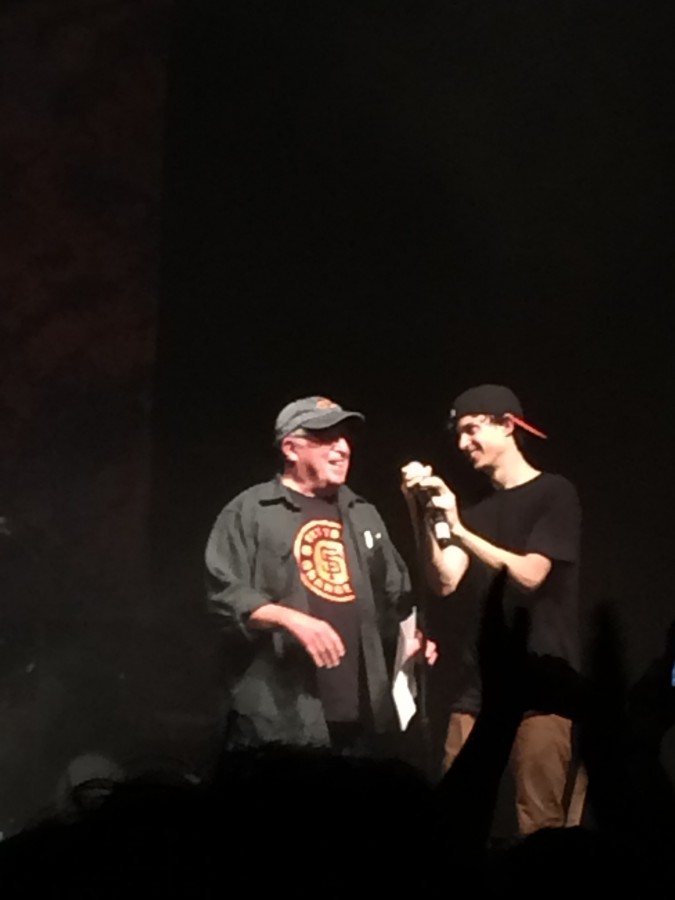 The Bay Area has been the birthplace of dozens of musically inclined individuals.

This past Friday, one of those artists visited their hometown for two nights of shows at the Regency Ballroom.

George Watsky, who goes by Watsky, played a sold-out show on Black Friday.
Three opening acts introduced him and got the audience prepared for the interactive, passionate, headlining performance.

Watsky came onto the stage in a Giants hat and an SF sweatshirt greeting the vivacious crowd of San Franciscans.

His body language reflected the power that his words held. His arms would rise as he continued to step closer and closer to the audience with a dominating presence and insightful lyrics.

The playlist consisted of his newer work, from the album “All You Can Do,” some older work and even some pieces that included his opening act Anderson.Paak.
Watsky spoke about the influence that spoken word has had on his career and his involvement with the San Francisco bred program, Youth Speaks. He physically displayed the emotional impact that poetry has had on him by molding into the crowd and performing some of his own spoken word pieces.

To further showcase his love for poetry and for the city, he brought his father on stage to perform some of his old-school poetry. Watsky sat down near the drum set after setting up the mic for his dad and smiled as he listened to the poetry that his dad read to an attentive audience.

The night was filled with lifted lighters, laughter, and advice. He read a letter from a fan and at one point put on a tie-dye shirt that had made it to the stage.
Watsky’s lyrics are observational, insightful, and playful. All of these facets were presented through his performance.

A sense of community was felt through the venue. He felt close to the crowd, and like he was comfortable in the setting. This is his scene; this city and neighborhood. These are his people. And you could definitely feel that through his interactions.
The concert was long, especially with the number of opening acts, but there was never a dull moment. There was even a point where he asked everyone to take a break–kneel or sit down, and just listen. Everyone followed suit and sat with each other, looking up at Watsky as he shared another poetic story.

I think the best word to describe the experience is unity. Each act shared the stage at some point with members of other groups. Everyone was smiling and completely submerged in the moment. And Watsky connected with the audience on such a level that it felt like a natural, down-to-earth show rather than a disassociated, rock-star performance.