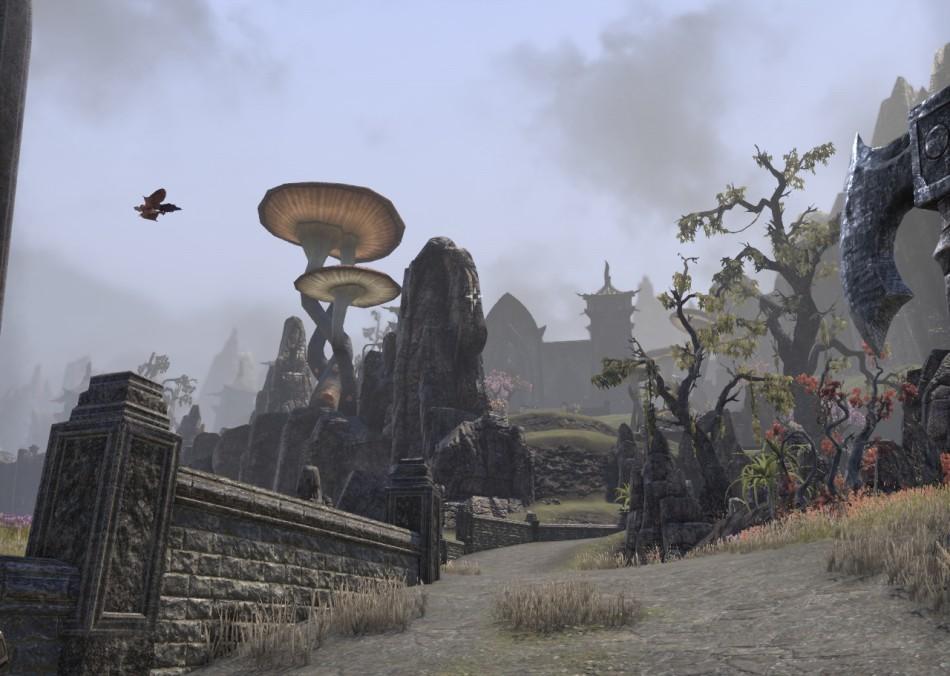 The amount of detail in Cyrodiil is amazing, anything you see here, you can probably touch or travel to.Photo credit: Miguel Garcia

As soon as the game started, I immediately thought, “Skyrim with multiplayer.” “Elder Scrolls Online” feels a bit like “The Elder Scrolls V: Skyrim,” and that is a good thing. It feels like an Elder Scrolls game, but it feels more like an MMO. Even with the familiarity, it still feels like a brand new experience.

The game opens with the cliché prison break tutorial level, even though the tutorial is a solo experience, you are still able to see other players around you, maybe just to give you an impression that the game definitely is online. Just like any other MMO, the first few hours and quests are just for grinding until you hit level 10 or so. It took me 3 hours to hit level 9, with an interruption because there was a bug in the game; when it’s too crowded, the NPC you were supposed to report to for a quest won’t activate. Regardless of the bug, I had fun playing the game.

It’s definitely not TESV: Skyrim, but it is an Elder Scrolls game, so you still have the freedom to advance any of your skills by doing skill-related activities, in addition to leveling up through experience points. You still have full-control of your character, unlike other games where you just point and click to complete an action. The NPCs felt weird though, they were slightly pre-rendered. Instead of just facing you and proceeding to talk, the game actually initiates a cutscene so the character can focus on you and proceed with the conversation.

The visuals are great, especially on my PC, since it’s not that powerful(GeForce 650Ti, Intel i3-processor, etc.). Not Skyrim-level, yet again, but for an MMO, it was pretty impressive. The animations are great too, the game was running 60 frames-per-second, but it was possible to run it at 30, or even 120. The sound quality was inconsistent. Some sounds, especially in combat would come up two seconds after the animation, but that just might be the lag. The lag was very noticeable during combat. Even with the lag, I was able to get the hang of the combat system. It was very simple: block, counter, repeat.

I was lucky but unlucky to be invited to the beta via the “stress test” event. They tried to get the most players to log in to the game as possible and it was a mess. I had to wait 8 minutes to load my character I just created. After that, the game ran smoothly. Other times when I logged in, I was on a wait list. The average waiting time was 50 minutes. It is an MMO, so expect to see a lot of spam in the chatbox, especially sexting.

Overall, I enjoyed ESO, but is it a seller? I don’t think so. Especially with it being $60 at launch with a monthly subscription. I don’t think it’s that great of a game worth $120 a year. This is coming from someone who fell in love with Skyrim, by the way(over 500 hours played).