“Robocop” reboot: The tin man finally gets a heart, and a brain as well. 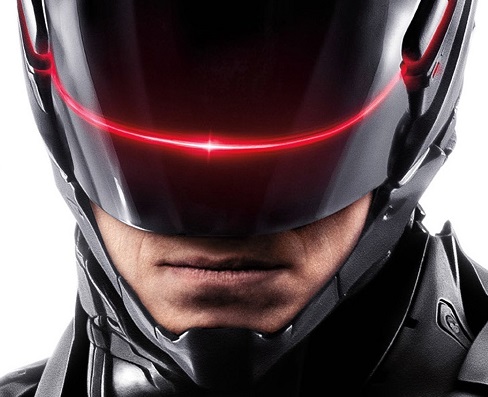 Director Jose Padilha has made a noble and fairly successful attempt to completely reimagine the “Robocop” franchise for a new generation, which begs the question: Would a “Robocop,” by any other name, smell as sweet?

Any discussion about the new “Robocop” movie must begin with the ground rules regarding the original 1987 Paul Verhoeven movie.

Rule number one: This is not a review of Verhoeven’s 1987 “Robocop,” so whiny fanboys and children of the ’80s can save themselves $10.25 and go watch that movie on Netflix. The “Robocop” reboot exists. It can’t be undone. Deal with it.

Rule number two: While Verhoeven’s original will doubtful be of any interest to anthropologists looking back on our civilization centuries from now, it was a good movie; so good, in fact, that Padilha’s reboot had something to prove, otherwise we could all save $10.25 and borrow the original from our whiny fanboy friend. This review will hold Padilha to that task.

“Robocop,” old or new, is a satire of society’s foolishness. Padilha frames this satire with Samuel L. Jackson’s character, a FOX News-style blowhard pundit who spins the debate on American civil liberties into the realm of comical right wing propaganda. At the heart of this debate are a leftist senator pushing human interest legislation, and OmniCorp, represented by Michael Keaton – also resurrected from the late ’80s – playing corporate villain Raymond Sellars, who falls somewhere between Steve Jobs and Dick Cheney.

OmniCorp has successfully placed unmanned drones and droids in military applications all over the world, but cannot break into an American market that is skittish around unfeeling robots. Enter officer Alex Murphy, a loose-cannon Detroit cop who doesn’t play by the rules but makes sure everyone else does. When Murphy gets too close to uncovering police corruption in his own precinct he winds up on the wrong end of car bomb in a scene that you’d better enjoy, because you’ll see it replayed from multiple angles about 30 times before the credits roll. OmniCorp, seeking a way to put a human face on its soulless weapons, jumps at the chance to turn a tragic hero into a hot new product – a robot cop, if you will – and Robocop is born.

The rest of the plot plays out as any standard super hero action flick would, but plot is not paramount to a “Robocop” movie, underlying snarky messages are, and Padilha hits some strong notes here.

OmniCorp outsourcing Robocop’s development to a Chinese factory is just one of Padilha’s subtle jabs at globalization. Padilha comments on U.S. foreign policy with a frantic scene of peace-keeping droids performing TSA-style body scans in a small Iranian village, subjecting conservative Muslim women to a level of intrusion that causes them great offense. Scenes like these point out everyday realities to which many people have become desensitized, and make this “Robocop” every bit the smart satire of the original, though not as comically so. What Padilha lacks in over-the-top bombast, he makes up for in character and depth, things the original movie lacked.

The cast is rounded out by the always engaging Gary Oldman, a smart-ass Jay Baruchel, and Jackie Earle Haley, another ’80s rehash who turns a throw away character into a scene stealer. This ensemble brings some much-needed chops to a franchise that previously treated acting as an afterthought.

No one is ever likely to satisfy the fanboy contingent, but Padilha has turned in a worthy attempt with “Robocop.” Those that aren’t desperately clinging to their misspent ’80s youth, but still appreciate a good sci-fi action movie will likely enjoy this reimagining of Verhoeven’s cult favorite.

For the not-so-desperate fanboy, one issue still lingers. In a Hollywood where there are no new ideas, nobody called out Verhoeven’s “Robocop” for basically being a prequel to the “Terminator” franchise, and nobody cared that the first “Iron Man” movie was Technicolor “Robocop,” so with Padilha taking such a vastly different approach to the character and ultimately turning in a smarter, deeper film than the source material, why not go all the way, making this a Padilha original? If the studio were fully confident that a “Robocop” reboot was a good idea in the first place, they wouldn’t have released it on a Wednesday in mid-February – a death sentence for the genre – especially knowing that this movie already faced tough opposition from Verhoeven’s hard-to-please fan base.

In the end, simply by existing at all, a movie meant to raise questions about the state of our culture has accidentally raised the ultimate question about the state of movies as an art form, namely: are movies as an art form an endangered species? Would Padilha’s movie have been made if it were called Cyborg Sherriff of Suburban Detroit? Maybe not, but if it was, would it be more respected because it wasn’t called “Robocop?”

Whatever the case may be, Padilha’s “Robocop” reboot deserves due consideration, not fanboy dismissal.